Analysis: Cosatu’s ‘Growth path towards full employment’, the day after 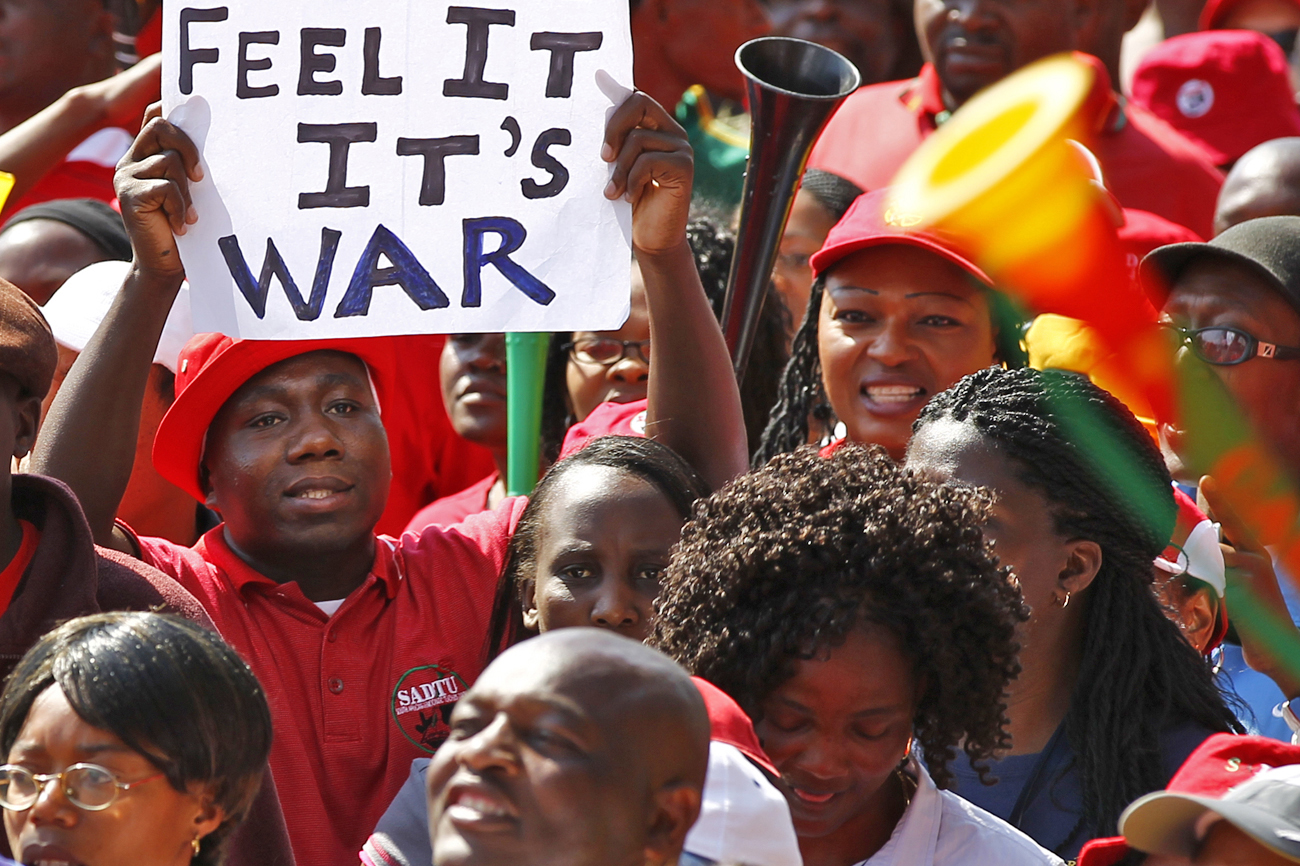 We at The Daily Maverick are all about ideas (we’re also about capitalism, but more on that later). We love the cut and thrust, the thought, the concept, the “how about this” and the “that worked there, but probably won’t here”. This is the country where change actually happens. Unfortunately, if Cosatu has things its way, that change is likely to be catastrophic. By STEPHEN GROOTES.

The pace of change is one of the reasons why running a website like this in South Africa is so much more fun than doing it in say the UK or the US (or even Serbia – Ed). And one of the reasons why we appreciate Cosatu so much is because they actually sit down and do their homework. They think long and hard about what they want to do. Not for them stupid slogans and personification. They sit down and do the hard work. And it shows. “A Growth Path Towards Full Employment” is the product of serious thought. It’s a guideline for what Cosatu actually wants to do. It’s their little red-and-yellow book if you like.

It’s a series of ideas with two simple aims. To make the economy more equal (or to take from the haves and give to the have-nots) and to provide full employment. Of course, for a union movement, full employment is pretty much an end in itself, but it is such a social good that we must examine properly.

Of course, the problem is, that being a capitalist website, we have to point out that so much of what is in the little red-and-yellow book is misguided, impractical or simply wrong. You can’t expect the state to grow bigger when it’s shown it tragically can’t manage the parts of society it already controls. And you can’t attract foreign investment while talking about nationalisation. It’s like communism really. Great in theory, but there’s no profit motive. You also can’t really talk seriously about putting a tax on raw mineral exports (to push a beneficiation industry) without thinking about the law of unintended consequences. Like investors fleeing for Zimbabwe.

There’s some serious social intervention in the document that the middle classes (no matter what race) will simply not stomach. Like the proposal to “immediately eliminate” the “three-tiered” schooling system of private, model C and normal public schools. As the Labour Party will tell you, you mess with the right of a parent to give their child the best possible start in life at your peril. The same goes for health. You can do away with private healthcare if you want to, but don’t expect anyone with any kind of money to stick around to watch you do it. The middle classes will leave at the first asthma attack, and quite frankly, they would be right to do so.

The section on monetary policy is exactly what you’d expect from Cosatu. Do away with inflation-targeting, replace it with “employment targeting” and the rand must be weakened. There’s some cunning thinking here actually. The way they want to do it is not to actually make the currency weaker, but to stop it appreciating. They would use a tax on capital flows and accumulate foreign reserves more aggressively. There’s also a plan to use the country’s own gold reserves by imposing an export tax or nationalising the gold mining sector to “purchase critical inputs that we need for industrial development”. Those with very long memories may remember the fuss about the gold standard in the 1930s and the political ramifications that had for South Africa.

Cosatu is a fan of partial privatisation of the mines. There’s a little dig here at Julius Malema, actually: Vavi reckons that the “wholesale nationalisation of mines is impractical…it won’t work”. He went on to say, “If we can let the demagogues win the discussion which is based on a singular, narrow focus on the mines instead of looking at the state broadly and nationalisation broadly then we can only give rise to the criticism that says… that all these people are interested in is to lay their hands on the mineral resources for accumulation.” Finally, that’s out in the open then.

What he would like though is a “strategic intervention” in the mining sector, that would see government create a mining company. And the best sector to start in? Well, the iron and steel sector, of course. We wonder how this specific point would go down in the Zuma household.

One of the more eye-opening ideas in the booklet is the principal of government being the “employer of last resort”. This is the idea that everyone would be guaranteed a job. The example used is that of long queues for administrative functions at hospitals. Cosatu says anyone with a matric would be able to help out, taking down medical details etc. That’s true. And it could be done relatively cheaply. In fact, while it sounds like fantasy at first, when you consider a quarter of the country is living on government grants, maybe there’s something to it. Certain parts of India have tried this with large programmes, where people are guaranteed 100 days of work a year. It’s not a full year, and they are paid a pittance, but the money does filter through. Perhaps it’s just science-fiction then, but it should still be looked at. Of course, one hopes that any people employed through such a scheme are not unionised.

There are some horrific stats at the bottom of all of this. Cosatu has crunched the  numbers and can prove beyond a shadow of a doubt that in South Africa, if you are white, your life is absolutely massively better than if you are not. Try this stat: in 2008/9, 62% of promotions went to white people. Yes, really. Looking at life expectancy the difference is huge. But that’s not the killer stat. The one to remember is this.

In 1992 the average South African could expect to live until they were 62. If you were born in 2009, you can expect to live to 48. If ever there was a number that should be branded on the Aids denialists, this is it.

But back to our little red-and-yellow booklet. It’s missing a phrase. It’s “lumpen proletariat”. It’s missing. It should be there somewhere. This is socialism with a different face. It’s about a much bigger role for the state, and a much smaller one for private enterprise. It’s about government just providing, and it removes the profit motive from many, many things.