Malema hates the rand, but loves the land - anybody's l...

Malema hates the rand, but loves the land – anybody’s land 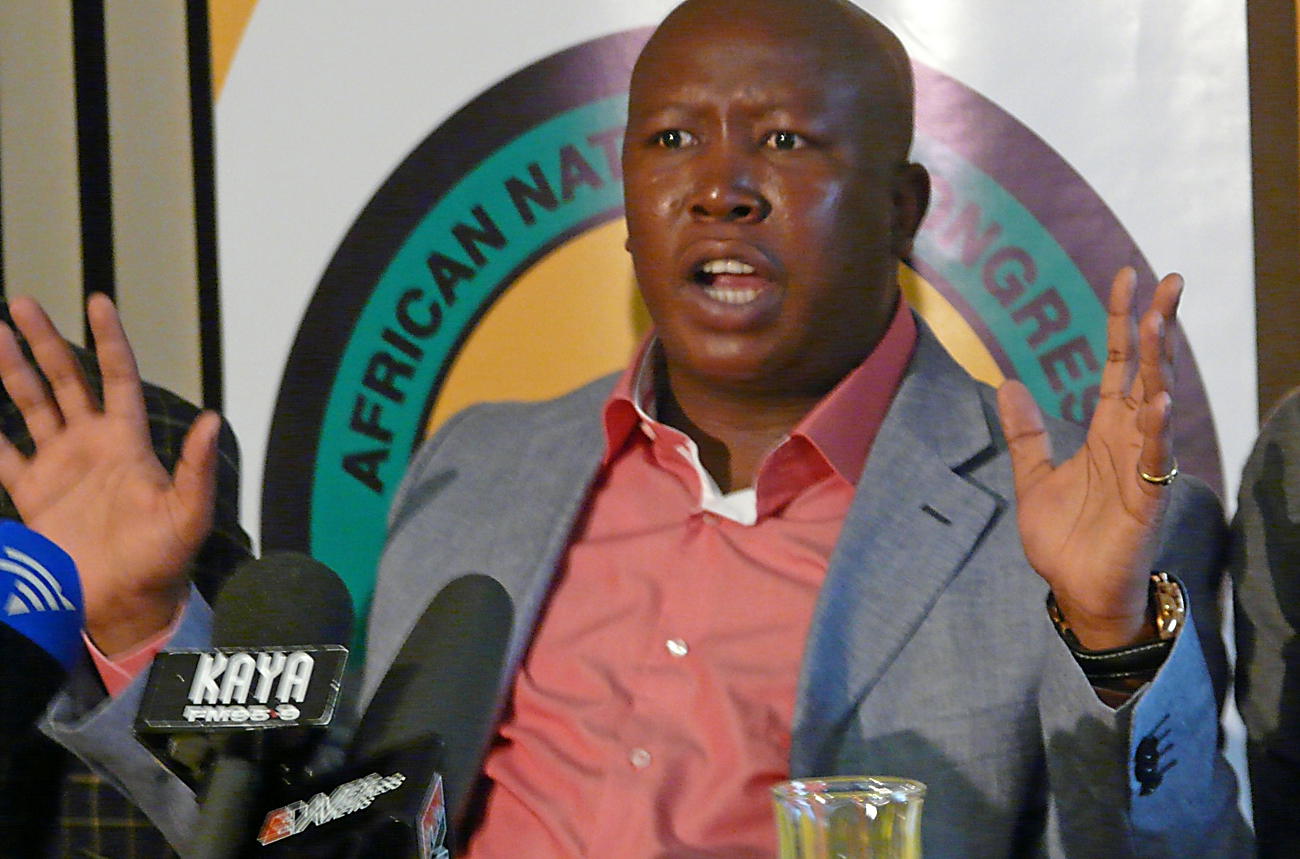 While Malema-speak is sometimes a difficult language to comprehend, it is still easy to understand that he will not be happy only with nationalising mines; oh, yes, and the 1994 settlement is no longer a good idea. By STEPHEN GROOTES

Julius Malema must really hate the rand. While all his other opponents have bowed down, our humble currency appears to be the one immovable force he’s come up against. No matter what Malema tries to do, the rand just keeps on trucking. But, as we know with Malema, if at first you don’t succeed, keep banging your head into that brick wall until it really hurts.

At Thursday’s press conference, he seemed to step it up a little: his quote of the day was about property rights, the property clause in the Constitution to be exact. He went on and on about how it happened that the Constitution was a negotiated settlement, and then out it came, “It was a negotiation, we give something, you give something, and the boers, they went for it, but we’re in charge now, and this is not a negotiated democracy any more”. In other words, it’s time to take the mlungu’s land.

Of course, that completely goes against the deal of 1994. It really was the whites who kept their lucre, the blacks who got the vote and the rest would be sorted out later. Well, for Malema, that “later” is now, and time to change things has come. And when he’s asked directly if he just means farmland, well, off he goes again: “It’s any land, if it’s commercial and it’s for the good of the people, we must take it. If it’s on the beachfront in Cape Town, we must take it.”

You know, you have to give this to Robert Mugabe. He’s an effective teacher. He had Malema in Zimbabwe for literally a few days, and Malema sounds like Mugabe’s mini-me.

It’s clear that while Malema has received loads of coverage for his stance on mines, he doesn’t want to end there, he wants to keep on going. Of course, his view of what’s “for the good of the people” is at variance with the wisdom of  “Wealth of Nations”, not that that seems to matter much.

Primarily Malema called his press conference to discuss the Youth League’s stance on the ANC’s national general council. He didn’t have huge news, but he did firm a few things up. As far as he’s concerned the League “will not propose or support any change of leadership at this NGC”. “Those who believe there will be people voted out have been misled.” He went on to blame the media for making this up. Well, of course he did. In fact, he was nicely personal about the Mail and Guardian, and that piece that really got up the nose of Jackson Mthembu. In fact, the journalists who wrote it are “information peddlers”. We have to ask, of course, why is everyone so cross about this article? Clearly the M&G is on to something here. If a piece is wrong, why not just ignore it? Unless someone was caught with their pants down, in which case it must hurt to read it on pages of the country’s investigative weekly.

Malema is not backing Zuma wholeheartedly though. He did what we call the “Zuma second-term tap-dance”, “no one in the ANC is guaranteed a second term”. Which seems to mean: we think we’ll back someone else, but we haven’t decided yet. Another way to view it would be to say that Malema is saying, “Hello, we’re here. Who wants to woo us, make us an offer?” At the end of the briefing someone was passing around a League leaflet. It was advertising a rally to celebrate the League’s 66th anniversary. Of course, the man speaking was one J S Malema. The other main speaker: Kgalema Motlanthe. Subtle, aren’t they?

Malema himself has changed over the last two months. He is not as angry, as emotional, as charged as he was. He almost seemed to be looking for provocation and not finding it on Thursday. There were long diatribes, long historical speeches, at one point he got a bit Castro on us and instead of answering the three questions that had been asked, he gave us all a lecture on the early days of the League. We’ve heard it all before (we were at the League’s NGC after all, and we do kind of know it by now). Malema, who was always extremely funny, tried hard for a laugh, but didn’t really manage it. He seemed almost to want to create a scene, but lacked  ammunition. Perhaps he’s maturing into a grown-up politician? It must be hard work to be all angry all the time anyway.

Or maybe the Malema show is sort of over? The fact is he’s been running the table for most of the last two years. But now those with real power, and real responsibility are going to play. And it’s time for him to sit in his box and watch them. Perhaps. Events of the last two years have proven that you underestimate Malema at your peril. DM