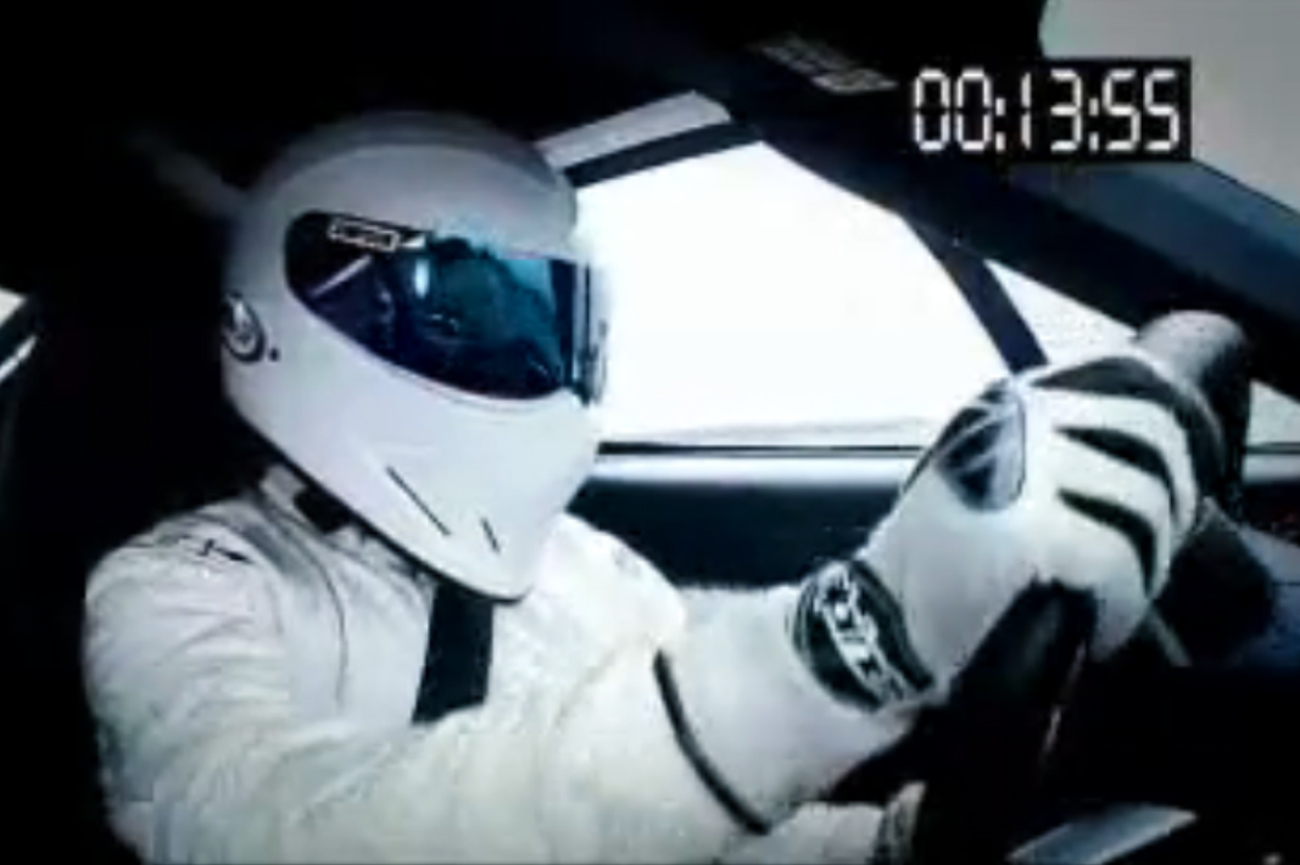 In a bygone era of matinee idols, last week’s certain death for Zorro or the Lone Ranger suddenly, miraculously is revealed not to have happened at all. Can The Stig rise phoenix-like from the ashes of his self-immolation? Is Elvis alive and working in a truck stop in Puerto Rico? By SIPHO HLONGWANE

We speculated a while ago, when it became increasingly clear that The Stig was probably Ben Collins, (and that he wrote an autobiography he wouldn’t mind turning into a best-seller) what the Top Gear team would do when his identity was revealed. We thought, given the importance of the whole Stig secret-identity thing, that he’d be summarily fired. And he has been. We also thought Top Gear presenter Jeremy Clarkson, the co-brains and visionary behind the show, would be hurt. He is even more than that. In that typical grumpy manner of his, he is actually quite devastated.

Last week, the BBC lost an injunction to prevent publishing house HarperCollins and Ben Collins from revealing the identity of The Stig in an autobiography to be released later this month. The publisher confirmed that Collins was, indeed, The Stig.
Clarkson is very upset. “He’s just decided he’d rather be … put it this way he’s history as far as we are concerned. He’s sacked,” he said in an interview with community TV service Witney TV. “I’ve spent the last three weeks doing nothing, but trying work out what on earth to do instead. You may remember a film called ‘Wall Street’ in which Gordon Gekko said greed was good and greed works. It doesn’t, if you’re watching this children – greed is bad.”

Watch: Top Gear’s ‘The Stig’ has been unmasked, by ITN (no commentary)

What hurt Clarkson the most was the immensity of Collins’s betrayal. “It was such a shock. It was horrible actually because I liked him and he came round to my house and had drinks and all that time he was writing a book.”

The others on Top Gear are pretty upset as well. It seems Collins broke the most honoured of Top Gear traditions: the bond of trust. “The whole point of being The Stig is that you are nobody. The Stig is a character,” James May told the Daily Mail.  When asked about what future stunts the show might do, he suggested driving to The Stig’s house and nailing his head to the table “and going and getting our overalls back because they’re not his — they’re ours.”

Well, who is this Ben Collins bloke anyway? He’s a former Formula Three, Daytona and Le Mans racing driver. He wasn’t altogether too bad either. He won a couple of races in his class and according to his former team manager, Collins “may well be the fastest driver I’ve ever run”. He is married with three children, and besides holding a brace of directorships in businesses, does a spot of race commentating. Oh, and he was stunt double for Daniel Craig in “Quantum of Solace” as well as for Nicholas Cage in “National Treasure”. In 2003, he donned the white suit and racing helmet, and became The Stig for Top Gear, a position he held for seven years, before he outed himself by writing a book

Does this mean The Stig’s character is no more on Top Gear? When asked about who might do The Stig next, Clarkson said, “[Top Gear co-presenter] Richard [Hammond] can’t drive and James is too slow. We’ll get somebody, don’t you worry. Top Gear is damaged, but not out. I’d love to have David Cameron do it.

Writing in his column for The Sun, Clarkson said the successful applicant for The Stig position “need not speak English, or indeed any language at all, but he or she must hate Boy Scouts, be able to punch a horse to the ground, have eyes that blink sideways and, most important of all, understand that no one, under any circumstances, should ever rat on their friends.

Speculation is rife on who might take over from Ben Collins. Favourites include former racing drivers Damon Hill and David Coulthard. Knowing Top Gear’s fondness for the unusual, it may even be a woman. In fact, bookmakers William Hill are offering 4:1 odds that the next person to don the helmet of The Stig will be female.