The curious case of Mark Hurd and his pal, Larry Elliso...

The curious case of Mark Hurd and his pal, Larry Ellison 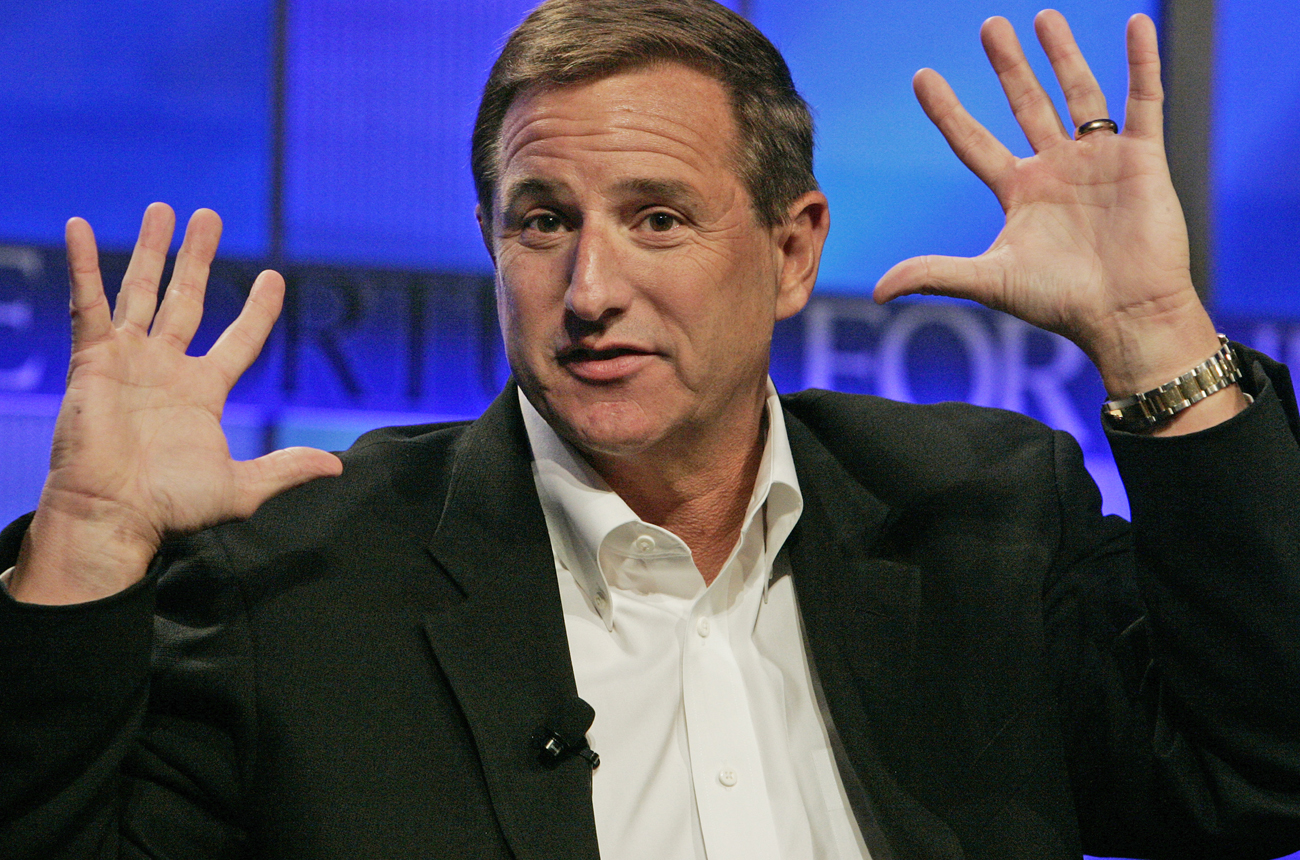 The scenario would be worthy of the most contrived daytime soap opera were it not for the fact that the main players include the head honchos of tech heavyweights Hewlett Packard and Oracle and a former soft-porn starlet-turned-contractor. Ah, what tangled web … By SIPHO HLONGWANE

To say that Mark Hurd was pushed out of  Hewlett Packard in August under the strangest of circumstances would be an understatement of note. The official reason the former CEO was forced to resign was that he fudged his expense claims to hide the fact that he was trying to dilly a contractor and thus breached HP’s business standards. The real reason, according Oracle CEO Larry Ellison, who is Hurd’s friend, is that HP’s board didn’t have the nuts to handle the fallout that resulted from a sexual harassment claim against Hurd which arose from said contractor. Now, Hurd is a newly-minted president at Oracle, perhaps even taking over from Ellison as CEO.

Before August, Hurd was the darling of HP, having turned the lagging company around making it one of the industry leaders. Under his leadership, HP became the world’s largest technology company by revenue ($114.7 billion in the last fiscal year).

Then came the statement on 6 August that Hurd had resigned from HP. It’s still not entirely clear what he was guilty of having done. According to sources close to the ground, Hurd was in involved with Jodie Fisher, a 50-year-old former E-list soft-porn actress, who had been hired by HP as a media consultant, and had taken her out on numerous occasions on the company’s bill. Hurd then did what most men do; he lied on his expense claims to hide the fact that he had a personal relationship with a contractor by not mentioning on some of the bills that she had been present at the dinners. The woman in question, Jodie Fisher, smelled the blood and sued Hurd for sexual harassment, even though her lawyer and everyone else involved stated that the two never had sex. Hurd and Fisher later settled out of court for an undisclosed amount.

The official line from HP was that Hurd was required to resign after the contractor and love interest, “received compensation and/or expense reimbursement where there was not a legitimate business purpose, as well as numerous instances where inaccurate expense reports were submitted by Mark or on his behalf that intended to or had the effect of concealing Mark’s personal relationship with the contractor.”

That’s a pretty serious charge. Except, it’s not, as the Business Insider’s Henry Blodget puts it, “If Hurd really did those things, he should have been instantly sacked for cause, with no severance whatsoever. But he wasn’t. Instead, he was allowed to resign. And he will walk away with something on the order of $40 million in severance to ease his pain. CEOs who steal money and defraud their companies do not get severance payments – they get fired. So it seems as though HP’s evidence to back up its findings is hardly conclusive.” The more probable reason is the one given by Oracle founder and CEO Larry Ellison to The New York Times, who said that the board chickened out of possible PR fallout and shoved Hurd out of the company. Fisher hired celebrity lawyer Gloria Allred to deal with her case, and she is known for being a bit of a bulldog.

Ellison came out so strongly in defence of his tennis partner, calling the HP board’s decision “the worst personnel decision since the idiots on the Apple board fired Steve Jobs many years ago”. So it was perhaps inevitable that Hurd would be getting a job with Oracle after his HP exit. Insiders say Hurd is currently in talks with Oracle for a top executive post.

Larry Ellison has been Oracle’s only CEO since its inception, which makes it highly unlikely that Hurd will be occupying that position straight away. However, in recent years Ellison has largely left the day to day running to his two co-presidents, Charles Phillips and Safra Catz. (Phillips resigned when Hurd was appointed president.)

Ellison, now ranked as the sixth-richest man on the planet according to Forbes, is a self-made man who was raised by his mother’s aunt and uncle after his mother gave him away soon after he was born. His uncle was an immigrant from the Crimea who took his last name from Ellis Island in New York, his entry point into the US. Oracle is traditionally an enterprise software company, but after going into the server and storage business with the acquisition of Sun Microsystems, a computer hardware manufacturer. This new venture pits Oracle directly against HP. Hurd’s injection at the top will give real horns to Oracle’s expansion as Hurd is not only an experienced hardware executive, he also knows his former employers inside out and would be in an ideal position to exploit their weaknesses. Oracle earned $6.1 billion in the last fiscal year, compared to HP’s $7.7 billion, with only a quarter of the revenue and a third of the staff, according to the Wall Street Journal.

Best of all for Hurd, Oracle are no strangers to the bad PR of sexcapade cases. Larry Ellison himself has been victim of sexual assault claims, but his case ended with the accuser going to jail for a year for falsely accusing him. Surely Oracle won’t mind who Hurd takes to lunch? DM