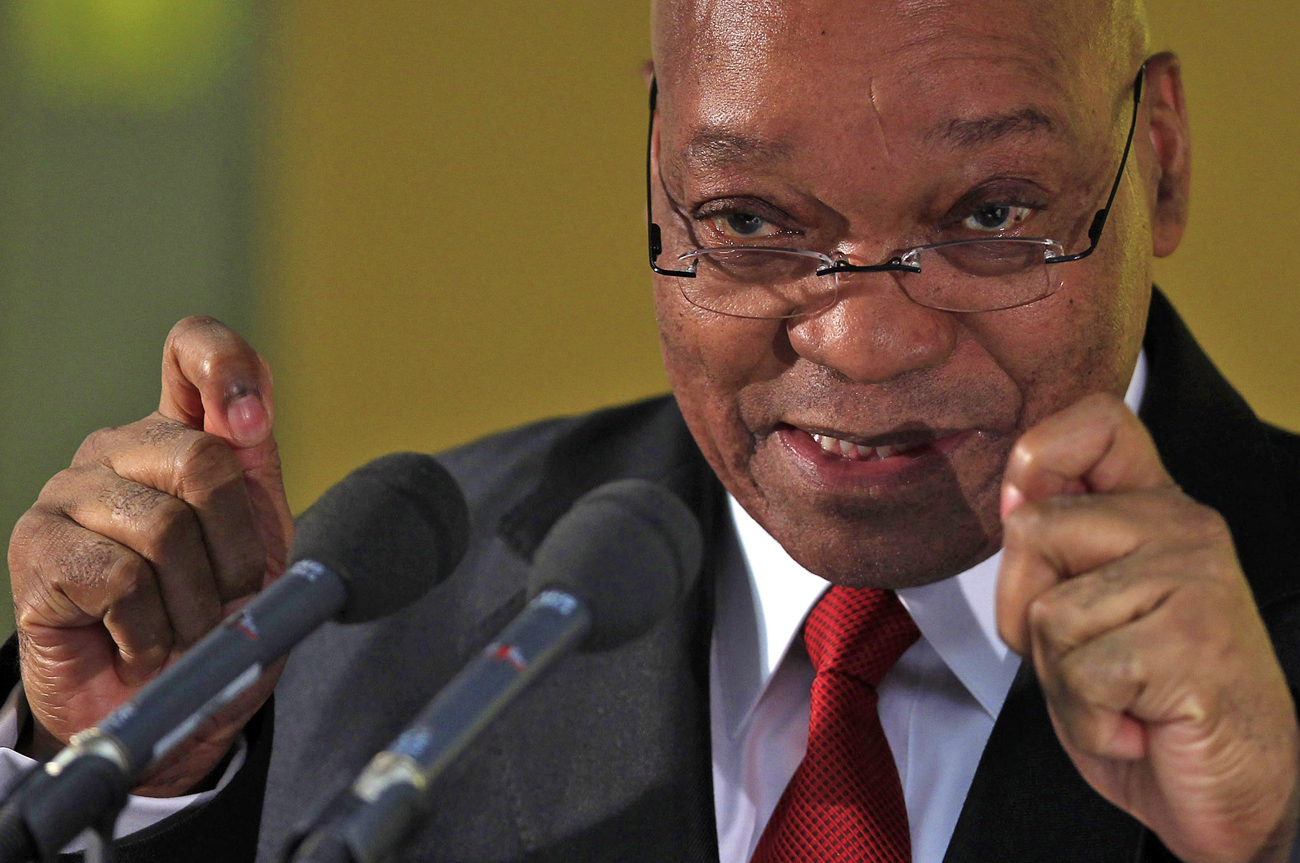 For a ruling party to lose one serving president due to political instability is unfortunate. To lose two would show carelessness. And even the whispers from the various ANC factions about it reflect how unstable the current situation actually is. By STEPHEN GROOTES.

Of course, it’s fair to say that President Jacob Zuma brought this upon himself; had he stopped the recall of Thabo Mbeki two years ago, the rumours of him losing grip on the party at the coming national general council would not be happening. By ousting the then president, Zuma and the ANC itself have set a precedent and will be reaping the reward of instability for a foreseeable time.

But the fact of the matter is that if Zuma no longer existed tomorrow, if a hole opened up in the ANC space-time continuum and he found himself on the planet Zog, whoever took over would have exactly the same problems. They may be slight differences in tone or in how certain crises are handled, but the same tensions within the ANC and the “alliance” would still be there. You would still have a group with Blade Nzimande and Jeremy Cronin on one side, and Julius Malema and Siphiwe Nyanda on the other. There would be those who booed Malema in one armed camp, and those who booed Buti Manamela in the other.

With a bit of luck, whoever is powerful in the ANC these days has actually realised that. Which would probably make them think that dropping Zuma now would be a bad idea. (For some excellent thoughts on the timing calculations Zuma’s rivals must make, read Anthony Butler’s brilliant piece in Friday’s Business Day.

The other calculation is after Zuma, then what? It is almost reminiscent of the Cold War: There doesn’t seem to be any one faction who can beat all the others (if asked, we’d say Kgalema Motlanthe is the one guy who seems to have the support of more constituencies than any other, but it’s a complicated question and an equation that changes literally week to week). Thus the status quo is probably likely to survive this month’s NGC.

So the real question is, what will happen then? We can presume Zuma has two real options. He can give the NGC something, or he can try to crack the whip. If he cracks the whip and re-asserts his control, he’ll have to make damn sure first that he has enough people on his side. He’ll have to stitch it all up first. But if he has to give them something, he’s going to be a very weak king in hock to some very powerful barons. But many of these barons can and want to be king, and they’ll be pretty keen on making sure their opportunity comes. The one thing they’ll all agree on is that 2012’s Bloemfontein conference would suit them nicely. So there’s a real chance that Zuma may be forced to tell this NGC, officially, once and for all, no chance of changing his mind, cross his heart and hope to die, that he will not run again.

While that would be good for the barons, it would reduce Zuma’s stature considerably. He would be even more of a lame duck than he appears to be at the moment. We would have another two-and-a-half years of drift about at the top. It would be difficult for him to push for any movement, any policy, and any of his actions would lack real power. And the mighty fight would be taking place at the level below him. In a country where business depends on government’s good will, it would be a tough choice to divine who’s really in charge, or who’s likely to be in charge. To put it in a crisper fashion, if the president of the country then said the mines would not be nationalised, and you knew he would be out of power soon, how much would you invest? You certainly wouldn’t bet the whole company’s future on South African mines now would you? Particularly if a powerless Zuma is even these days unable to rein in a rampant Malema.

The other aspect of all of this would be the impact it would have on the ANC. While the starting gun for the race to 2012 has already been fired, it would be intensified hugely with Zuma out of it. The stakes would be higher, and that would mean more money, more resources and, shall we say, infighting would be the order of the day. It would be a race that would get nasty early and pretty much stay that way right up until someone was able to stamp their full authority on the party. And if that wasn’t possible, if it were to end in a dead heat, which is not too far-fetched, the future of the country would be very uncertain indeed.

Some say it’ll be 50 years before the ANC splits. We’re not putting money on anything yet, as we are getting closer to the stage where almost anything is possible. The next two years are going to be absolutely critical to determining the next 20 years of the ANC’s life. The NGC could well be the start of something new, previously unseen in South Africa. And maybe even the start of the end for Zuma. DM