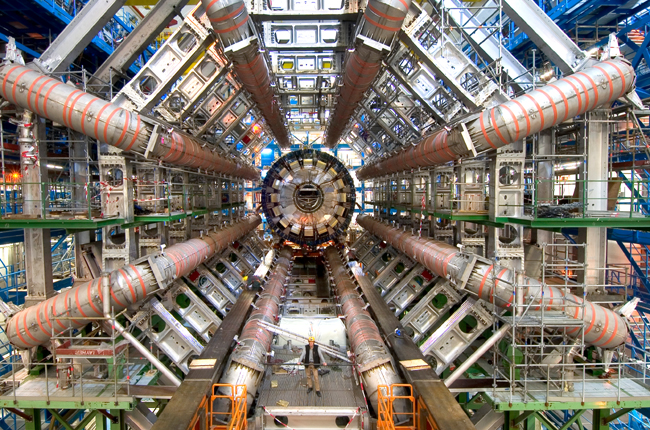 It would’ve made the perfect scenario for a Terry Pratchett science-fantasy novella - if the protagonists were not deadly serious and the potential damages involved not been the fate of our home planet, Earth. But such was the backdrop to the latest court case in the US aimed at halting the biggest and costliest scientific experiment in history.

Before it first coughed into life, the multibillion-dollar Large Hadron Collider at CERN in Switzerland was either going to be the biggest leap science had ever taken, or the possible cause of the destruction of the Earth by the formation of a miniature black hole, depending on who you talked to. The protons’ collision in the 27km-long LHC, the most powerful particle accelerator in the world, has been in the news for a while now, and is a hotly debated topic among laypeople and scientists alike. But the battle was being fought in courts and not in scientific journals.

Now the most recent case against the LHC has just been dismissed, with scientists heaving a huge collective sigh of relief.

On 24 August, the appeals court in San Francisco dismissed the latest lawsuit against the LHC, originally filed in March 2008 by retired nuclear safety officer Walter Wagner and Spanish journalist Luis Sancho. The two were protesting the apocalyptic dangers posed by the LHC’s edge-of-physics experiments. The respondents were the National Science Foundation, the US department of energy and many other scientific funding bodies.

The slightly tongue-in-cheek judgment held that the US government’s inability to draft an environmental impact assessment could not be held accountable for the alleged injury, that is, the complete destruction of the Earth, therefore, the court has held that the defendants shall not be responsible for any disastrous results that the LHC’s experiments might lead to. The decision held that the plaintiff had not demonstrated a credible or realistic possibility of harm and had no standing before the court. It was also held that, since the operation of the LHC was not controlled by the US government, it was not the correct parties to the lawsuit. The court cited the precedent laid down in a previous case to say that “speculative fear of future harm does not constitute sufficient injury”. The court noted in an aside that even if injury had been demonstrated by the plaintiffs, the causality needed for the case to continue had not been demonstrated.

The initial complaint was filed in 2008 in the district court of Hawaii (Wagner’s home state), just as the LHC was first approaching completion. The lawsuit argued that until the safety of the LHC was proven, the US contributors and CERN should not be permitted to operate it. That lawsuit, too, was dismissed.

The decision, which has been described as “short and sweet” by David Harris of Symmetry Magazine, spans only three pages, and has been welcomed by scientists, not just at the LHC, but all over the world. Frivolous lawsuits like this always create a bureaucratic mess. But they also create huge hype by making the public aware of the scale and possible import of scientific experiments and breakthroughs that may result.

While many would argue this constitutes excellent PR and serve a positive role as well, we’re not sure the LHC scientists share that view.