Analysis: Zuma blinks and drops to one knee

Analysis: Zuma blinks and drops to one knee 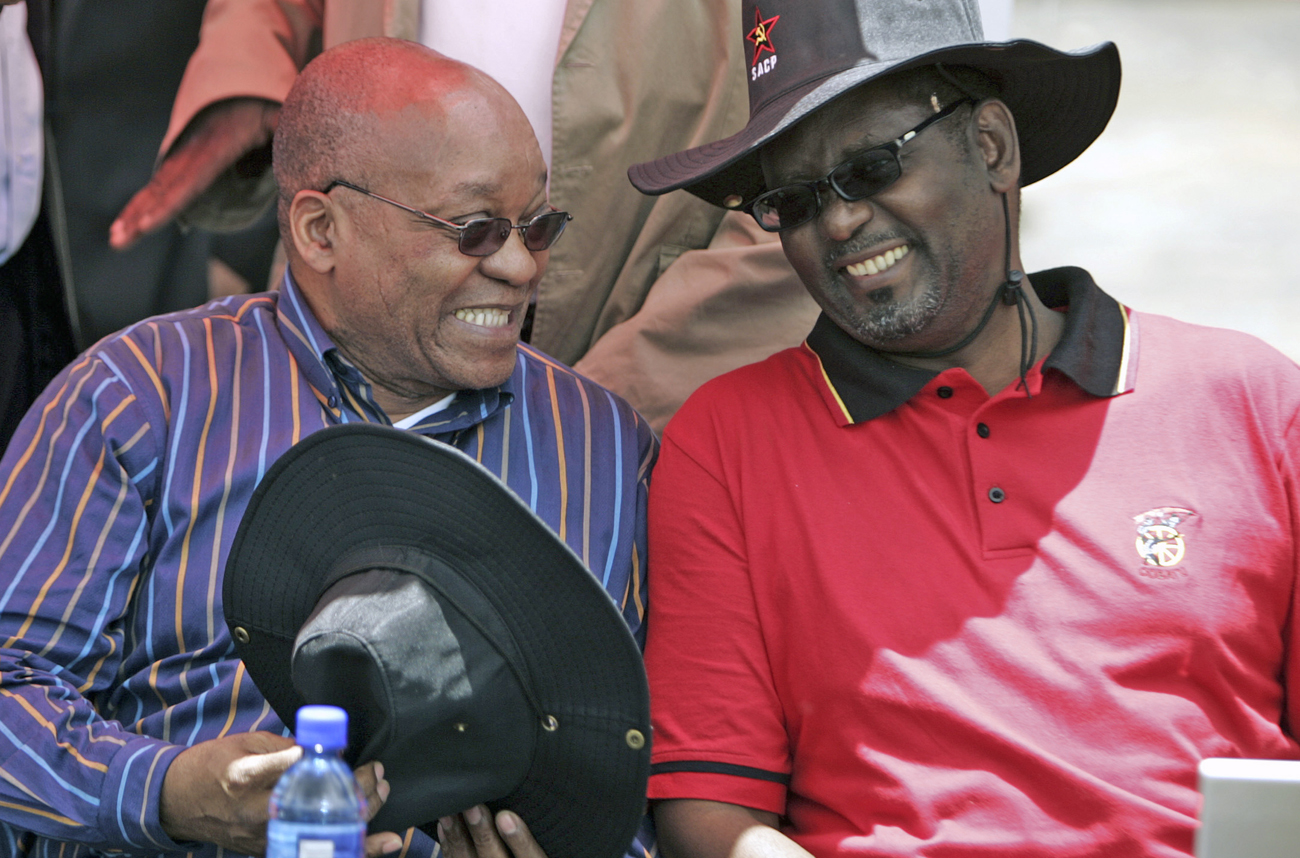 In the showdown at Big Strike Corral, President Jacob Zuma seems to have taken a body blow and Cosatu – and its sharp-shooter Zwelinzima Vavi – have the upper hand. Again. By STEPHEN GROOTES.

There’s no way President Jacob Zuma can get around the fact that on Monday he blinked by ordering his ministers to return to the negotiating table. In doing so, he gave Cosatu all the whip hand it needed. That means that when it comes working out who is the most powerful person in the country, he drops another notch. And Zwelinzima Vavi goes up one, perhaps more.

At last week’s press conference after Cosatu’s central executive meeting, there was the odd sight of a massive strike underway, and Cosatu talking more about politics than about the strike. It was odd; anyone new to our political environment would have wondered if we’d all lost our marbles. But it makes sense when you realise the bigger picture. That, in the long term, the strike is just pulling one lever of power. And as we’ve remarked before it’s quite a lever. Vavi has managed to make damn sure Zuma knows the full extent of his organisation’s power. With thousands of people pouring onto the streets and staying there, the discipline of the unions that make up Cosatu (and despite some ugly scenes early on) is simply astounding.

But if you were Vavi and you wanted to bring down Zuma, or at least open the field a bit for your own leadership bid, you would have to show up his weaknesses. Decisiveness has never been one of Zuma’s strengths, and Vavi has been able to show that up here. It’s also just bad politics for a president to look as though he’s not in charge. And particularly when he’s tried so hard to look presidential.

In every strike you reach a point where the amount workers are demanding is less than the amount of wages they’ve lost by not working (presuming that the no-work-no-pay policy applies). Once the strike goes past that point, workers strike for pride. And, of course, for the long term promise that next year’s increase will be based on a percentage of whatever you won this year, and that the passage will be smoother after the show of strength this year. So that means that workers have made an emotional decision and not necessarily a logical one. That should tell us something about the seriousness with which unions have approached this action.

Zuma must have been getting worried. His people made sure the broadcast media knew about his instruction to the relevant ministers bright and early on Monday morning. That followed a Sunday that saw the major papers pointing out how weak he now appears to be. Is it possible that Zuma, and the people around him, actually do take some of the media stories they read to heart, at the same as despising the media to the point where they want to control it?

But perhaps the turning point was actually the ANC Youth League’s national general council, and more specifically, Kgalema Motlanthe’s speech. He was warmly welcomed and responded by giving the League a bear hug. And there was good stagecraft involved too, the singing of League songs with delegates, but the wearing of an immaculately presidential suit.

What is becoming abundantly clear as the ANC heads towards its own NGC is that Zuma is not the tsunami he once was. His main supporters are now looking for another wave to surf. He’s left with no hard-core group of people who will support him no matter what. It must be a lonely place.

That doesn’t mean he won’t find a way out of this. He’s been in worse predicaments before and the history of Zuma suggests that those who write him off look foolish later. The main reason he might stay is that no one else offends quite so few constituencies. It’s the same logic that’s preventing any cabinet reshuffle. The political calculation was so good and so delicate the first time, that it now cannot be changed for risk of offending someone.

If Zuma does get a second term, it’ll be because the ANC has opted for this holding pattern to continue. But the person who comes closest to neutrality is Motlanthe. Who comes from the union movement, so he knows a thing or two about the power of strikes. As we now know, so does Vavi. DM