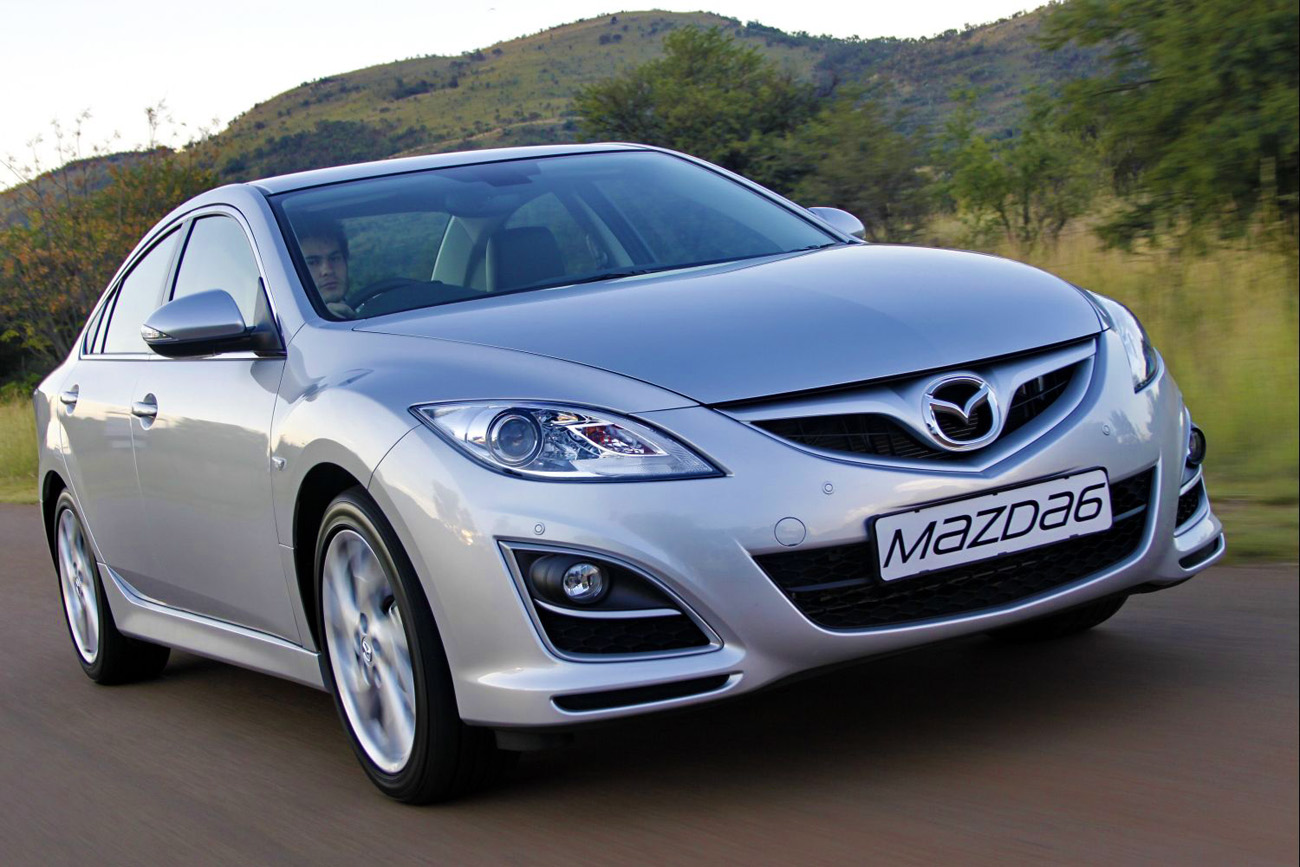 The medium-size sedan segment is one of the toughest on the local car market – and not because there are a lot of competitors vying for the attention of buyers. In fact, quite the opposite: there are only a handful of models from which to choose. But there’s a good reason for this: Nobody wants to buy them.

It’s no secret why medium-sized sedans are so unpopular in SA. Buyers in this segment would rather burn their cash on a compact premium sedan – like the Audi A4, the BMW 3-Series or the Mercedes-Benz C-class – than pay similar money for a larger car from a less prestigious brand.

And if that sounds crazy, it is: Except for the fact that in this country, status and image count for more than real and tangible benefits, such as space and comfort, plenty of features and versatile practicality.

You see, on our roads, you are what you drive, and most drivers would rather be seen in Mercs and BMWs than in Mazdas, Hondas or Volkswagens.

Despite this trend, the slender, even sporty Mazda6 remains one of the stalwarts of the dwindling medium-size car sector. Its lines are clean and inoffensive, its proportions unmistakably those of a sedan, but with enough flair  to steer clear of boxiness. The Six even has a touch of European style about it. And while it may not have the emotional appeal or the prestigious reputation associated with premium brands, it has loads of space, a long list of standard equipment and strong value on its side.

The Mazda’s primary protagonists are equally adept sedans. The Honda Accord was voted SA’s Car of the Year in 2009, while Volkswagen’s Passat offers Audi A6-style space and appointments for A4 money. And yet, like the Mazda, these cars are underperformers in new car sales terms.

On review here is the Mazda6 2.5 Individual Automatic – the flagship of the Mazda6 range. And the reason why we’ve been sent this car for testing is because it was updated a few months ago – although most of the changes are merely aesthetic.

Even so, it seemed the perfect opportunity to spend some time in what appears to be one of the most underrated cars on the local market – and to find out whether we’d opt for a Mazda like this, instead of a smaller, less well-equipped Beemer or Merc for similar money. Indeed, coinciding with its facelift, the Mazda6 range has been realigned to offer an even higher level of perceived value – arguably the only way models in this sector can hope to attract buyers’ attention. Thus, the four-member Mazda6 line-up is strong on features and luxury, for less money than you’d expect.

It’s a system that allows the main headlamps to swivel by up to 15 degrees to improve illumination while turning. Turn left, and the left headlight element swivels left to illuminate the corner. Turn right, and the right unit does the same. Simple, but clever. And effective.

More subtle are the revised fog lights, with their new silver surrounds, while the extended front and rear bumpers, together with the lower sills on either side, create a sportier, more athletic impression. New 18-inch wheels and grippy, low-profile rubber add further impetus to the car’s visually pleasing character. It certainly puts paid to the notion that cars in this segment are boring by definition. At the rear, the most apparent change is the switch to new tail light clusters, with a shape that mirrors the edgy look of the headlights. A boot lid spoiler underscores the Mazda’s dynamic intentions. Extensive colour coding adds visual cohesion, although it can lead to a measure of blandness, especially in conjunction with lighter hues.

As before, the Mazda6 has a full house of interior features, with every conceivable mod-con on the standard list. The smartly subtle piano lacquer trim is new, while the instrument cluster has been improved for better legibility.

It’s still a bit Tokyo-by-night after dark, with lots of reds and crimson creating a garish effect. But some might even like the fighter jet-style layout, and the ergonomics are pretty efficient in practice. The multi-function steering wheel, for instance, usefully places key controls at the driver’s fingertips.

The audio system is by Bose, and offers a six-disc CD changer, multiple speakers, and the kind of sonic performance that will make music lovers weep with joy. Electric mirrors, windows and seats are standard, while leather upholstery adds to the cabin’s upmarket ambience. Subtle brightwork adds further lustre.

Safety items include six airbags, traction and stability control, beefy ABS-controlled brakes and keyless entry. Also on the standard list are cruise control, auto-sensing wipers and climate control. Indeed, there’s more kit here than in a space shuttle, and it all feels reassuringly solid and well put together. But some of the Mazda6’s most impressive aspects are hidden under its metal skin. The chassis and suspension have undergone an extensive redevelopment programme, which has seen spring rates, damper settings and suspension mountings adapted to improve ride and handling.

The result is a car that feels surprisingly taut and composed, although the low-profile rubber can compromise ride comfort on less than ideal surfaces. We liked the way the chassis provided lots of feedback in the twisty stuff, even though the steering felt numb and over-assisted.

Still, turn-in was sharp and precise, requiring a deft hand at first, but augmenting the Mazda’s crisp and confident handling. Indeed, the Six has always enjoyed a reputation for involving handling, and this latest iteration is no exception.

There’s no change to the engine, however. It’s still a 2,5-litre four-potter with 16 valves and electronic fuel injection, offering a useful 125kW at 6,000 r/min. The torque peak of 226Nm arrives at 4,000 r/min, but a fair amount of that is already on tap from far lower down the rev range.

Drive is to the front wheels via a five-speed ActiveMatic automatic gearbox, which offers both fully automatic operation, or promises a more involving driving experience using the shift paddles and shift buttons on the steering wheel. Unfortunately, it’s a clunky system, because the paddles are used for upshifts only, and the buttons for downshifts … Porsche used to employ a similar system, as did BMW. But both have since abandoned it in favour of a more logical, paddle-only system. Now that’s wunderbar! And Mazda could do worse than emulate their example.

The Mazda’s drivetrain is eager, and initial wheelspin is easily induced at the slightest prod of the loud pedal. That also gives some indication of the car’s frisky personality.

Those figures add credence to the Mazda6’s sporty appearance. And while the auto gearbox could do with swifter, more definite shifts, progress is still brisk, even at Reef altitude.

So, the Mazda6’s report card shows off strong scores in almost every category. The interior is spacious and comfortable. The engine is lively and the gearbox smooth. Most importantly, the handling is sure-footed and even entertaining. And while beauty is in the eye of the beholder, the sedan’s sharper looks add further appeal.

Even so, the Mazda6 is unlikely to ever achieve best-seller status, despite its mostly appealing package. But the local appetite for prestige means it has to compete at a level for which it was never designed. And in that company, the allure of an A4, a 3-Series or a C-class will always prove too strong.

Unless, of course, you happen to be a buyer without such prejudices.