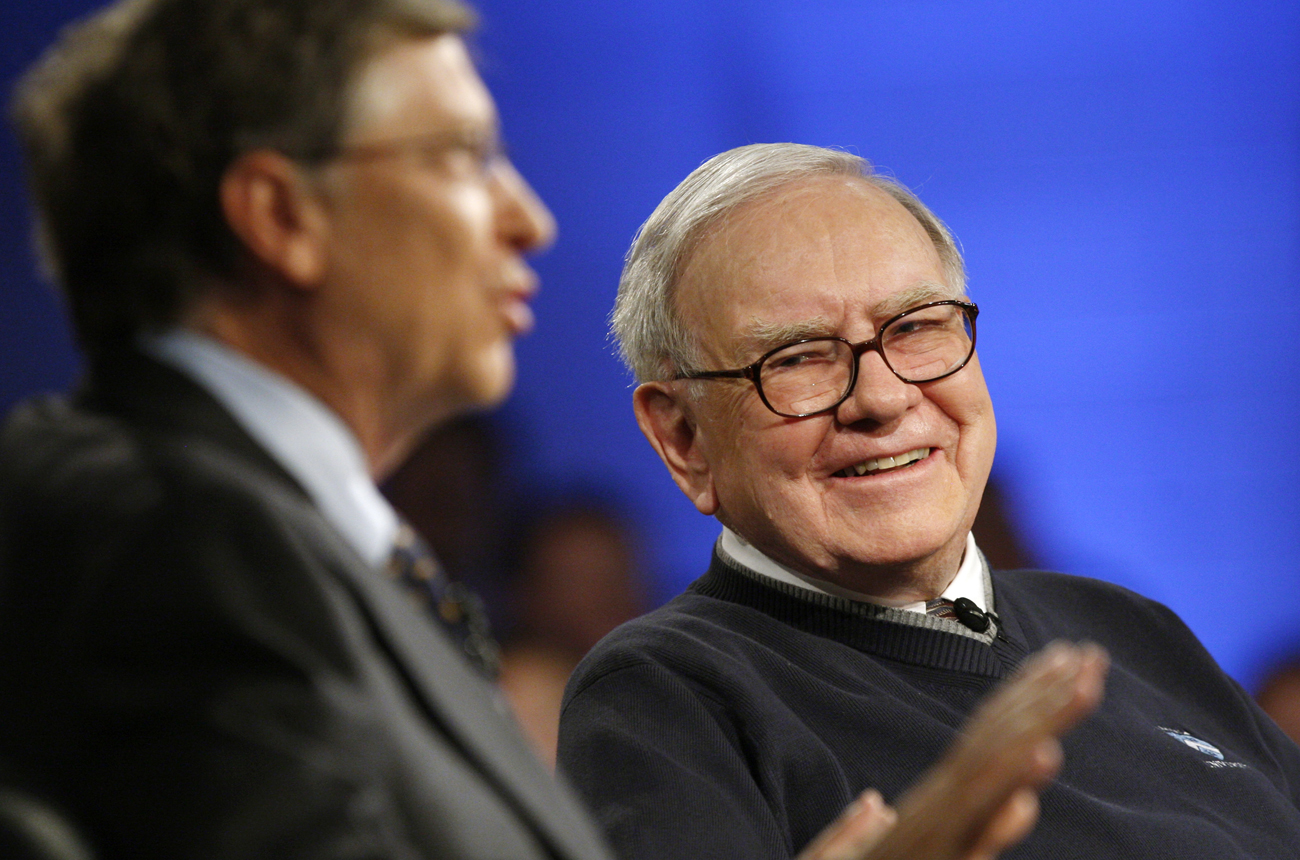 Between them they have a total net worth of $230 billion, and they’ve promised Bill Gates and Warren Buffett that they’ll each be giving away at least half of their wealth. Who are they? The 40 Americans from the Forbes 400 list who’ve just signed onto the Giving Pledge.

In June 2006, Fortune magazine ran a three-quarter shot of Warren Buffett on its cover. There was nothing new in that – the world’s most successful investor had graced the covers of most of the US’s leading business magazines many times before – but there was something new in the treatment and the message. The photograph was published in simple black and white, a choice made only when the subject is of a sufficient gravitas to warrant it, and aside from the reference to the lead story there were no other barkers. The editors were confident that this piece of news alone would sell their magazine.

“Warren Buffett gives it away,” the bold yellow text under the masthead announced.

As Carol Loomis, the author of the lead article and a long-time friend of Buffett wrote, the planet’s second-richest man had decided to give away most of his wealth to the foundation of its richest, Bill Gates. Loomis, a shareholder in Buffett’s famed holding company Berkshire Hathaway and director of the Susan Thompson Buffett Foundation (Buffett’s major philanthropic vehicle up until that point), broke the news that the 75-year-old icon would be reducing his shareholding in his company from 31 percent to 5 percent. At the time, Buffett’s stock was worth around $44 billion, and giving away almost 85 percent of that meant he would be donating – at mid-2006 prices – $37-billion to charity.

Buffett’s momentous decision had come just two weeks after Gates had announced that he would be phasing out his operational responsibilities at Microsoft and devoting most of his time to the Bill and Melinda Gates Foundation, the same one that Buffett intended to plow tens of billions into. Come 2010, and neither Gates nor Buffett would be at the top of the Forbes Rich List – that position would belong to Mexican Carlos Slim Helu – but they would still, despite their unprecedented generosity, be holding steady at positions two and three: Gates was up $13 billion to $53 billion on the back of a 50 percent rise in Microsoft stock, and Buffett was up $10 billion to $47 billion on the back of another great year for Berkshire Hathaway.

Commenting on the list, the Guardian noted the following: “However, [Helu] is only top thanks to the generosity of a rival – if Bill Gates had not chosen to hand a huge chunk of his wealth to his Gates Foundation to fight disease in the developing world, the software supremo would be worth as much as $80 billion.”

Now Bill and Warren, good friends for almost 20 years, are attempting to convince the US’s other prominent billionaires to drop themselves a few notches on the Forbes Rich List. The project has been underway since June, and on Wednesday 5 August Buffett told the press that nearly 10 percent of the wealthiest Americans on the current Forbes 400 have committed at least half of their net worth to charity. The pair contacted around 80 people to get to their current total of 40 pledges, a list that includes the likes of New York mayor Michael Bloomberg, media mogul Barry Diller, Oracle co-founder Larry Ellison, and film director George Lucas.

In an interview with the Wall Street Journal on the project, Buffet was asked to describe the period of philanthropy that the world now finds itself in.

“Going back a few hundred years there really weren’t any widespread pockets of unusual wealth except for royalty. What has happened is the world – and particularly the United States by far – has become incredibly more prosperous in the last couple hundred years. Carnegie and Rockefeller in particular – there were others – they sort of opened up the thinking of wealthy Americans to the potential of philanthropy. They are the founding fathers to quite a degree and that has gathered momentum.

“We’re in the early stages of fairly widespread enormous wealth around the world. The world will get more prosperous as we go along. Human potential has come nowhere close to being fully realised. As people exercise that potential and governments allow it to thrive you’re going to have more and more wealth throughout the world.”

The Giving Pledge, as this enormous and historically unrivaled initiative is called, does not require the signing of a legal contract – it is a moral commitment to donate to charitable organisations of the individual’s choice. According to MSNBC, the 40 names that have pledged so far have a combined net worth of $230 billion, and many of the names have pledged more than the requested 50 percent. Buffett, for example, has said he aims to give away 99 percent of his wealth before he dies.

Read more: Wall Street Journal, MSNBC, Pictures of the pledgers in the Huffington Post, Fortune magazine (2006) on Buffett’s decision to give away his wealth, Guardian on the 2010 Forbes Rich List.