Say, who is head of the Labour Party anyway?

Say, who is head of the Labour Party anyway? 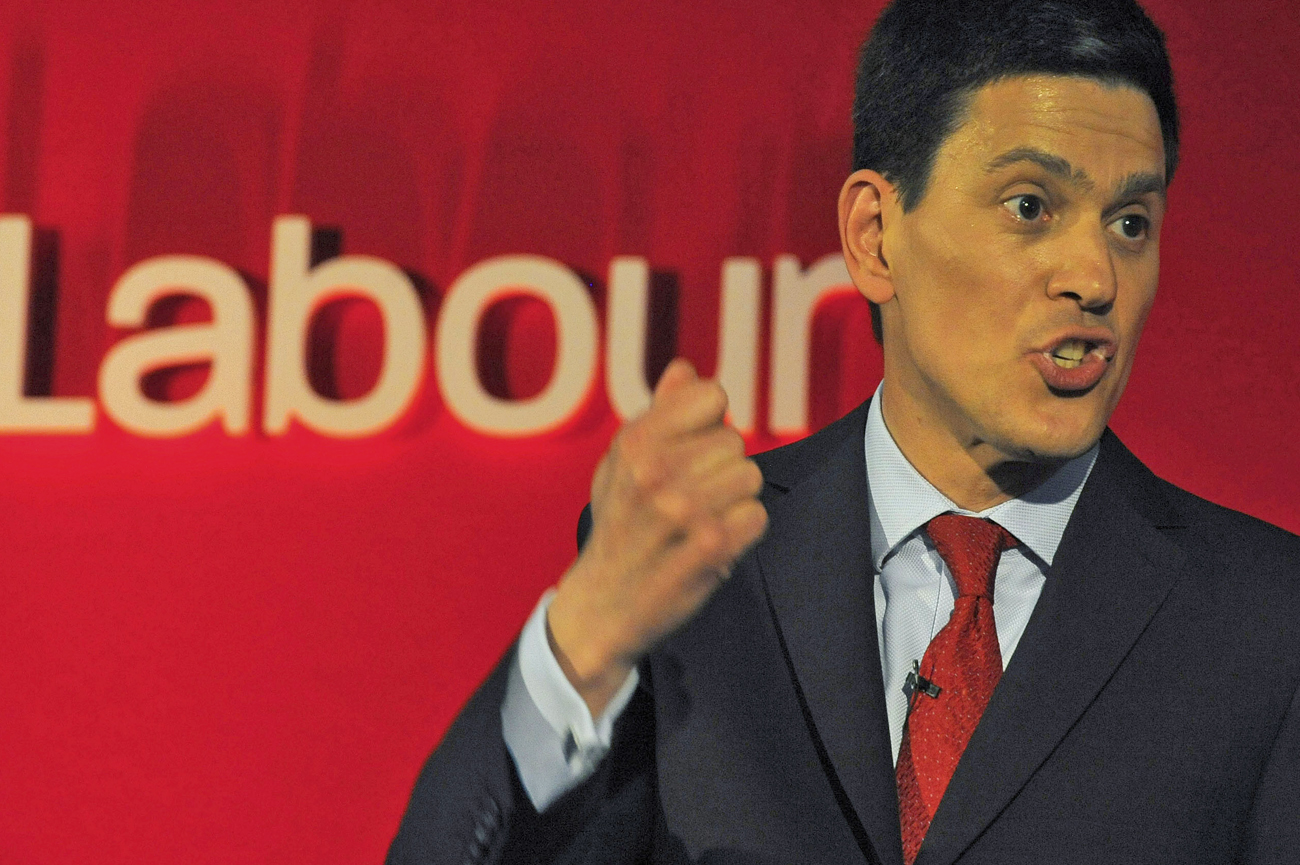 Amid warnings by David Miliband, one of the would-be heads of Britain’s Labour Party, that Labour may now be facing years in the political wilderness after a 13-year run in power, five Labour MPs are now jockeying for a chance to take over the bruised, battered party Gordon Brown led to defeat earlier this year.

Given the generational leadership change represented by the new David Cameron-Nick Clegg, Tory-LibDem coalition government, the Labour Party will likely look to its own new generation to return to competitiveness for the next general election.

The recent election saw Labour gain barely 29% of the vote, versus 36% for the Conservatives and 23% for the Liberal Democrats. Labour has made up some ground since, with recent polls indicating that if an election were held now, Labour would gain support back from the LibDems – but not enough to win an outright majority. The party reached its high-water mark of more than 13.5 million votes in 1997 – and has been slipping ever since to 8.6 million in 2010.

Okay, time for a pop quiz. Who is the current leader of the Labour Party? Don’t know? Well, The Daily Maverick will keep you informed. Labour’s current leader is – a little drum roll, please – Harriet Ruth Harman, the MP for Camberwell and Peckham. Not exactly a celebrity, Harman has been in parliament since 1982 and she has been Labour’s leader of the opposition since 11 May. She’s held several senior party and government posts and her family tree fairly glitters with the thoughtful and powerful, including cousins like novelist Lady Antonia Fraser and historian Thomas Pakenham, and connections to the Chamberlain political dynasty.

Harman has been party to several big civil rights/human rights cases in the UK and at the European Human Rights Court. In response to her presumed feminist political agenda, opponents have given her the sobriquet, “Harriet Hairperson”. Two years ago, her blog was hacked to say she had joined the Tories. She explained it was because she used her first name as username and surname as “secret” password. Now, let that be a lesson to all you Internet newbies. Some South African politicians would probably like her lots – she’s managed to accumulate a clutch of traffic violations, ranging from speeding to driving without due caution.

To replace Harman as the next party leader, voting will run from the 16 August to 22 September and the result will be announced at the party’s conference three days later. Labour MPs, MEPs (members of the European Parliament), (paid-up) party members, and members of affiliated bodies like the UK’s trades union are all entitled to vote in this month-long-plus selection.

As it stands now, MPs Andy Burnham, Ed Balls, David and Ed Miliband (and yes, they are brothers) and Diane Abbott all are trying to get endorsements of party members for the top.

David Miliband, 44, and a leader of the “Blairite” wing of the party, but foreign secretary in Gordon Brown’s government, is an early favourite. He told an audience the other night in Manchester that was getting a look-see at the party’s five candidates, that, given Labour’s history of long years in the wilderness following electoral whippings, “We could be out of power for a long time. History tells us we will. I want to buck that trend. This is a time to be serious.” As opposed to being serious before the last general election?

Also in the contest is Ed Miliband, 40, a former environment minister who joined the race as a possible compromise candidate. While Ed Miliband has a “Brownite” background, some Brownites are suspicious his candidacy is an effort to split the left of the party, thereby steering the ultimate decision to his older brother. Ed  is trying to create an Obama-style new social media campaign to carry him over the threshold to victory.

Meanwhile, Andy Burnham is campaigning on a pledge to put the “heart and soul” back into the party and to re-establish its bone fides with those “ordinary people who have lost faith with Labour”, effectively a reproach of Tony Blair’s New Labour, elitist, London-centric approach. Burnham told the Manchester crowd: “We have to change. We can’t have the people’s party run by the chattering classes on the London dinner party circuit.” Take that, Tony and Cherie!

Meanwhile, left-winger Diane Abbott says Labour has to change its narrative, i.e. the new-old guard got it all wrong and the party must find a new way. Again. Abbott told the Manchester crowd that she’s the right choice because she had a track record of having been right on the big issues. Unlike some people, she didn’t support the Iraq War just for starters – and that qualifies her, right there.

While Ed Balls, a leading “Brownite” and former education secretary, argued that Labour’s split between the forces and ideas of Tony Blair and Gordon Brown had “cast a cloud over everything” in the party. If he were elected, the party (and the country) would speak up more to its American partner. No more Bush’s poodle for Balls. Not surprisingly, all the candidates said once the selection was announced, the whole party had to unite behind the new leader.

Depending on their discipline, their time in the wilderness may be short, however. The current Tory/Lib-Dem coalition may well be over any time soon, especially as the tougher and tougher decisions by Chancellor Osborne mount. Any of them may prove too bitter a pill for the Lib-Dems to swallow. In the meantime, Labour will remain a fascinating study on how quickly, or slowly, a political party can recover.

For more, read the BBC, the New York Times, and the Guardian.

Photo: British MP and former foreign secretary David Miliband, who in May announced his intention to run for the leadership of the Labour Party, speaks to party members at his constituency in South Shields, northern England May 17, 2010. Miliband’s brother, former Energy and Cimate Change Secretary Ed Miliband, also announced that he intends to seek the party top post vacated by Gordon Brown. REUTERS/Nigel Roddis