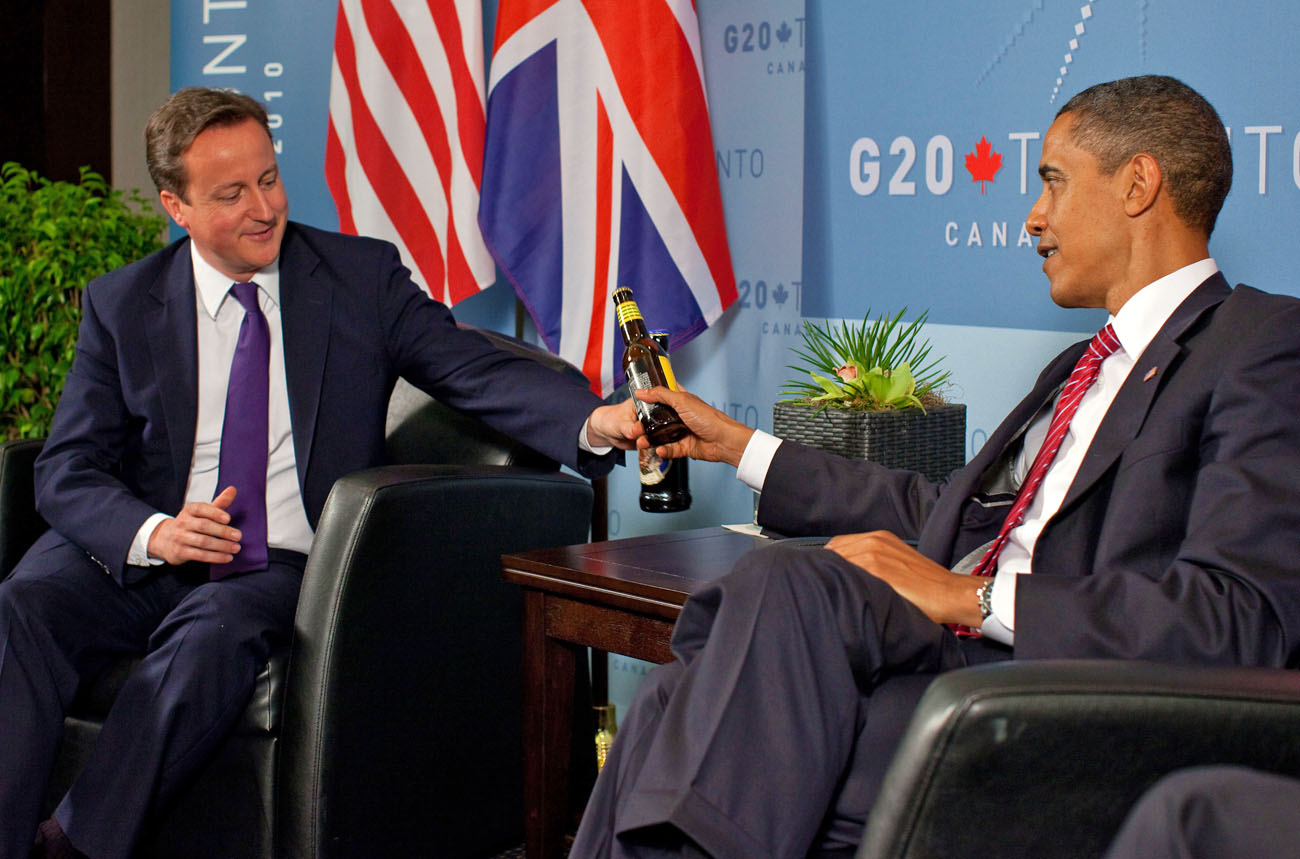 It may have been the closest and most trust-laden friendship between two states in history, but the reality of the new world and the differing natures of their respective problems may convince the UK and US that, from now on, the world could be a much lonelier place for each.

Maybe it’s because it’s the peak of the summer vacation in America and the UK and the talking heads have headed off to the islands of Martha’s Vineyard or Majorca respectively. Maybe it’s because that strange but convenient partnership between conservative Republican president George W Bush and British Labour prime minister Tony Blair which grew out of the cauldron of 9/11, the Iraq invasion and the war in Afghanistan, has come to an end. Regardless, the first real, in-depth meeting between UK Prime Minister David Cameron and US President Barack Obama, following their short meeting last month in Toronto, seems to be taking place virtually under the radar.

In keeping with the new British governmental austerity, Cameron used commercial air travel to the US and will ride regular trains between Washington and New York.

There’s no need for wild guesses about the talks agenda. Filling out the dance card will be some frank talk about the faltering war in Afghanistan, the oily mess in the Gulf of Mexico and continued weakness in the world economy as both move away from the Great Recession, but without a real revival of employment in either nation.

Although the two leaders met briefly during the G8/G20 meeting, and have certainly had numerous telephonic or videoconferencing opportunities since Cameron fared well enough in the UK election to create a coalition with the Liberal Democrats, this will be the first time the two leaders get to talk for any sustained period.

In contrast to the unlikely Bush-Blair relationship which continued to deepen as the pair led both nations in the Iraq invasion and the war in Afghanistan for the first decade of the 21st  century, any discussion on Afghanistan this time is just as clearly going to focus on how – under what circumstances and when – the allies will withdraw from Afghanistan. The tenor will be underscored by a conference in Kabul on Afghanistan’s future that coincides with the Obama-Cameron meeting.

The Guardian reports that, while the two leaders have a mutual despair over Afghan President Hamid Karzai’s performance, they and their advisors have been unable to come up with much of a real alternative to Karzai besides increasing support for non-corrupt regional governors and directing more funding to improve and broaden education – especially for girls – to try to call into being an internal counterbalance to the influence of the Taliban. The future of the British military presence in Helmand province is a part of this discussion as well.

According to the meeting schedule, the two leaders have an initial tête-à-tête in the Oval Office and will then be joined by other senior officials for one of those working lunches. In addition, Cameron is to meet with vice president Joe Biden (who opposed the expansion of the war effort in Afghanistan), senior congressional leaders such as Democratic speaker of the house Nancy Pelosi and 2008 Republican presidential nominee, Arizona senator John McCain. Secretary of state Hillary Clinton will not be at the meetings as she is in Pakistan bringing a major assistance package for that unsettled nation.

British sources have told the media that Cameron will also argue for support for growing UK-US trade “as a vital part of driving a strong and sustainable economic recovery right across the world”. According to an aide, the two leaders, or at least the British one, hope to play down the Gulf oil disaster, as well as BP’s presumed involvement in the Lockerbie bomber’s release from a Scottish prison. On the latter, Cameron is expected to tell congressional figures that the UK government cannot accept responsibility for Abdelbaset al-Megrahi’s early release and that Cameron disagreed with it at the time. The Senate foreign relations committee has already scheduled hearings on the topic and Cameron hopes to guide discontent about the release away from broader annoyance with Britain.

According to Cameron’s schedule, while in New York he will meet with UN secretary general Ban Ki-Moon to talk about the upcoming summit on the Millennium Development Goals.

Regardless of the import of the items on the agenda, the relative lack of a spotlight on this meeting underscores the decreased importance and weight of the so-called special relationship between the US and the UK. From the half century-plus since World War II, when Harold Macmillan could observe that the British “must run Allied Headquarters as the Greek slaves ran the operations of the emperor Claudius” – or, as it has usually, if more prosaically, been put since that Britain would be Greece to America’s Rome – the special relationship is simply less important to Americans. The rise of China and the other BRICs (Brazil, Russia, India and China), and Britain’s planned shrinkage of its military in the coming years can only help drive that special relationship further away from substance and into the realm of symbolism and history.

For more, read the Guardian.

For an analysis of the decline of the special relationship, read the current issue of “The American Interest”.