SA, country of flying flags – and marketing campaigns to match 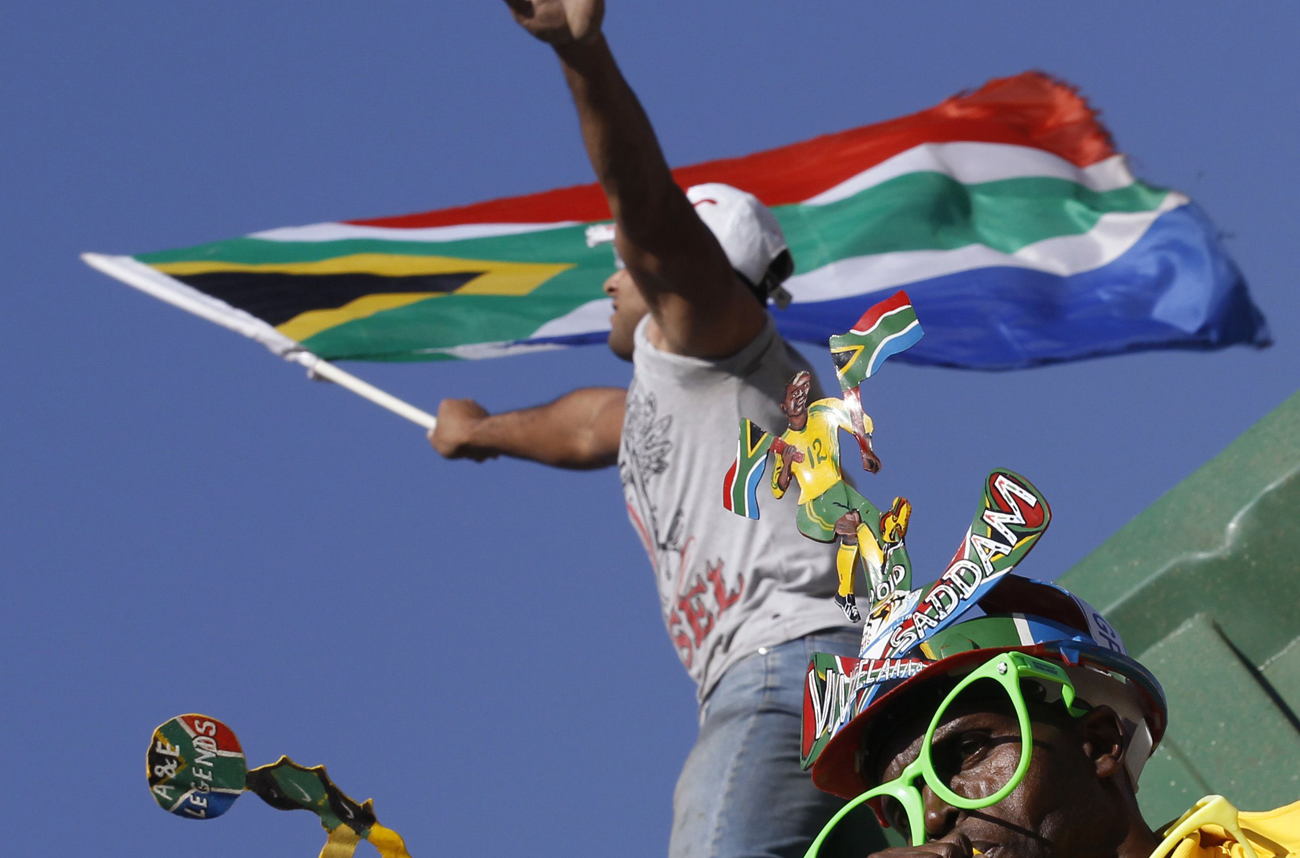 Patriotism is at an all-time high after the vindication of a successful World Cup. And yet, a great many people are afraid of the sunsets these days in South Africa. The Independent Marketing Council and DraftFCB are asking South Africans to keep flying the flag to sustain this “can do” spirit for the sake of nation building.

The people of South Africa are so much better than our leaders,” said John Dixon, DraftFCB’s group CEO. “We are at our worst when the agenda is dictated to us exclusively by our leaders, but we are at our best when as individuals feel we can make a difference. We need to stay positive. If we go back into the negative space that we inhabited during the lead up to the World Cup nothing will happen.”

Dixon’s doing all he can to ensure that South Africans don’t return to that dark, depressive place marked by apathy, fear, desperation and hopelessness. He’s driving a campaign with DraftFCB called “Keep Flying” that goes beyond waving national symbols around. “What we need to do is turn the flag into a call to arms to be a patriot in the true sense of the word. We need to get companies and people involved with the country’s problems on a more ongoing sustained basis.”

South Africa is a country of extremities and this is readily expressed in our national psyche which reaches extraordinary highs and lows. “South Africans are deeply emotional people,” said Dixon. “We go through unbelievably irrational highs when things are good and irrational lows when they are not so good. We need to maintain the positive energy created by the world cup to fix the big issues that exist in this country. We simply can’t go back to a space where we weren’t actually addressing the country’s problems.”

Dixon doesn’t believe that patriotism means South Africans will be blind to the challenges this country faces. “I don’t think this is nationalism. There is a big difference between patriotism and nationalism. Patriotism is about using a nation’s positive energy to the benefit of its citizens. I don’t think this myopic or blinding, but a matter of reminding people that there’s a collective responsibility to address the problems of the nation as a whole.”

“Keep the flag flying” does this by acting as a springboard to encourage volunteerism and civic responsibility. “Proudly South African is partnering with us and this is about encouraging people to buy local which helps poverty alleviation and job creation. The logic of this campaign is that if the flag keeps flying people seek a meaning to attach to that. Keep flying is a springboard to propel people into more meaningful change, because flying the flag on its own is not going to do much,” said Dixon Motola added that a key role for Brand South Africa is to address issues that bring the country down as a nation. Apart from selling South Africa to this country and the world, the IMC’s role is to inform and challenge the government on issues that bring the South Africa into disrepute. How aggressively or effectively the IMC can play this role, well, that’s another question. The government is essentially the IMC’s boss and if you look at the poor relationship between the government and the independent media what’s clear is that the big cheese doesn’t take kindly to criticism.

But Motola had a strong message for the government and it was all about delivery. “If we can deliver infrastructure for a World Cup on time, why can’t we translate this capability into building the other social infrastructure required in this country? The project-management capabilities that we have demonstrated and built over the last five years or so, why not channel (those) into other areas of socio-economic development? This is why it is important to keep South Africans positive about what can be done and to keep government aware of the fact that positive energy can be channelled into pressing social needs, whether it is housing or education.”

Aside from invigorating the government, South Africa’s biggest employer, what is the spin-off of patriotism and restored confidence? Bryan Leith, an executive director at KPMG, says it’s important to remember that the government, companies and countries are run by people. “Business is carried out by individuals, and confident individuals are prepared to take more risks and invest more money and see further into the future. For business leaders and government, the lesson learned is that we have this positive energy in our hands and we can’t let it go. We have to come up with new initiatives, to set deadlines, energise people and keep things going because the momentum can be lost as quickly as it was won.”

One of the deadlines is almost in sight: South Africa has just announced that it will bid for the 2020 Olympics. The SA Sports Confederation and Olympic Committee made the announcement shortly after sporadic incidents of xenophobic violence broke out in the Cape. While the xenophobic attacks were quickly quelled, it took decisive action by police and a heavy security presence in affected areas.

If we are to make South Africa a destination for world-class sports, arts and cultural events we are going to have to tackle the underlying issues that cause xenophobia. Addressing poverty, joblessness and economic inequality is going to take a lot more work, and will be considerably more challenging, than staging a World Cup and we’ll need all the “gees” we can muster to do it.

Read more: Mark Gevisser’s column in The Guardian that calls on government to tackle inequality with the same energy and efficiency as the world cup and Brand South Africa’s “Fly the Flag Fridays”.

Disclosure: You may have noticed that The Daily Maverick is running Keep Flying adverts on our site. This is because we’re supporting the campaign, not because they’re paying us money.

Photo: A South African soccer fan blows a vuvuzela while another waves the national flag as they wait for their national soccer team “Bafana Bafana” during a parade on the streets of Sandton in Johannesburg June 9, 2010. REUTERSAlessandro Bianchi