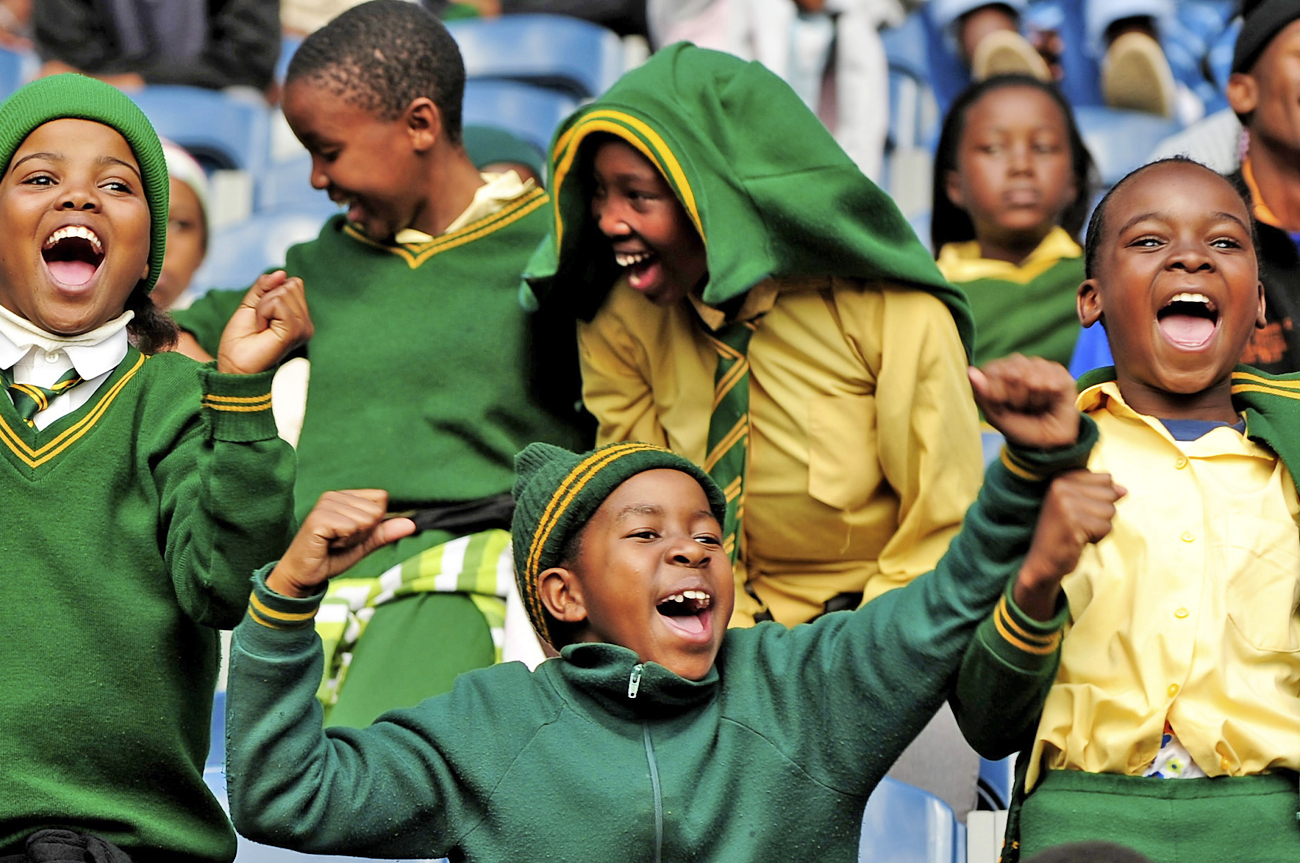 Even before the final death throes of the old regime, it was clear a new political dispensation was on the way. Among others – and perhaps most importantly– there would be a new educational system that would wipe away one of apartheid’s most shameful legacies, Bantu education. Enter outcomes-based education.

It would be a pillar of the new South African order, along with a fairer economy, a legal system not designed to thwart the legitimate needs of all citizens and equity in all things. After years of failed experimentation and amid growing criticism from social commentators, opposition politicians, educational experts, teachers and parents, South Africa’s minister of basic education, Angie Motshekga, finally announced on 6 July that the government had had a major rethink on primary and secondary education. Key policy changes for 2011 will include allowing students to learn in one of the country’s 11 mother tongues in their first three years of education, externally generated, uniform assessments for all students, the provision of uniform student workbooks to students and the elimination of onerous OBE paperwork and administrative burdens.

Back in the 1950s, echoing a Biblical injunction that the Israelites’ idolatrous opponents were condemned to be “hewers of wood and drawers of water”, then-prime minister and native affairs minister H F Verwoerd had infamously decreed “there is no place for [the Bantu] in the European community above the level of certain forms of labour … What is the use of teaching the Bantu child mathematics when it cannot use it in practice? That is quite absurd. Education must train people in accordance with their opportunities in life, according to the sphere in which they live.”

But, by the late 1980s, foreign foundations, local and international NGOs, big business, universities, and elements of the UDF (on behalf of the ANC) were all engaged in thinking about how to reform, rebuild and re-conceptualise an educational system for a new South Africa – to create a “people’s education” as it was called. I remember numerous conferences about how to start afresh with new educational models, new textbooks, new curricula and new approaches to teaching and learning.

Amid all the excitement, one thing may have been overlooked – the criticality of effective school leadership and quality teaching by headmasters, principals and dedicated, competent and experienced teachers. Before 1994, the government’s commitment to education for black students was far inferior to its commitment to that of white students in equipment, funding, facilities and teacher training and any other measure.

And yet, even in the worst years, after the National Party government had forced the closure of church schools like the famous St Peters in Rosettenville, other islands of commitment to high-quality education carried on. Public schools like Soweto’s Orlando High or Cape Town’s Harold Cressy High managed to graduate nationally competitive students, building on the support of their respective communities, and the dedication of their principals and teachers. Ironically, many of the leaders of the country’s liberation movements were themselves the products of such schools. Studies such as that by Development Bank education analyst Graeme Bloch in his 2009 book, “The Toxic Mix”, point to the continuing importance of school leadership as a crucial variable in school and student success in today’s South Africa.

But, after 1994, to replace the damage from generations of inferior, unequal education, perhaps inevitably, the new government was drawn to new ideas. By the late 1990s, these efforts had coalesced into what came to be labelled as South Africa’s version of outcomes based education.

In theory at least, OBE turns the educational process away from a rigid, top-down system to one that tracks student performance through measuring outcomes – letting students demonstrate they “know and are able to do” things derived from their growing understanding and mastery of material. Too often, however, at least in its South African incarnation, OBE became a treadmill for teachers to create their own student study materials, evaluate a stream of student projects and deal with the administrative tasks and documentation that absorbed hours, even in the poorest schools.

As Motshekga said, “The new curriculum and assessment policy statements will repackage the existing curriculum into the general aims of the South African curriculum, the specific aims of each subject, clearly delineated topics to be covered per term and the required number and type of assessments, also per term.” In essence, the OBE system is heading for the dustbin.

This rethink has come as passing rates nationally continued to fall over the past decade – from 60% on average nationally, to around 40% or worse in many township and rural schools. Moreover, despite the fact that South Africa dedicates a higher percentage of its national budget to education than most developing economies, student achievement in international comparisons in crucial areas such as mathematics and science has continued to deteriorate. These declines have been attributed to limited resources, a lack of libraries, laboratories, computer equipment and ineffective teaching from under-qualified teachers. Motshekga’s now effectively implicated OBE as a “co-conspirator” as well.

While the changes she announced quickly drew broad support and a sigh of relief, the opposition DA noted “this acknowledgment today comes too late for the thousands of students who suffered as a result of the implementation of OBE, as well as for those teachers who had unnecessary and unfair pressure placed on them by the system”. And the South African Democratic Teachers’ Union, seen by many as a barrier to educational reform because of its politicisation of education, added its support for ministerial comments that re-emphasised the central importance of literacy, numeracy, the greater use of workbooks and standardised student assessments.

Ironically, Jonathan Jansen, now the internationally prominent rector of the University of the Free State, but then a young education professor at the University of the Western Cape, had predicted OBE’s failure, just as it was coming into service in 1998. Jansen observed that in those first exuberant post-apartheid years:

“An explosion of curriculum activity thundered across South Africa as committees of departmental officials, curriculum developers, subject specialists, teachers, lecturers, trade union and business representatives and a good representation of foreign ‘observers’ from Scotland to Australia attempted to translate OBE into workable units of information for teaching and learning which would be ready for first phase implementation in 1998.

“OBE will fail, not because politicians and bureaucrats are misinformed about conditions of South African schooling, but because this policy is being driven in the first instance by political imperatives which have little to do with the realities of classroom life. Rather than spawn innovation, OBE will, in fact, undermine the already fragile learning environment in schools and classrooms of the new South Africa….

“A teacher attempting to make sense of OBE will not only have to come to terms with more than 50 different concepts and labels, but also keep track of the changes in meaning and priorities afforded to these different labels over time. For example, to understand the concept of ‘outcomes’ requires understanding competencies, unit standards, learning programmes, curriculum, assessment criteria, range statements, equivalence, articulation, bands, levels, phases, curriculum frameworks and their relationship to the South African Qualifications Authority, the NQF, National Standards Bodies, Standards Generating Bodies  and Education and Training Qualification Agencies, reconciliation of the 12 SAQA fields with the eight learning areas with the eight phases and the fields of study, and on and on.

“The longer term effects of OBE are also unavoidable, namely that the more schools are loaded with unworkable innovations, the less likely they are to adopt such changes in the future. OBE as a national curriculum initiative is likely to fail,” Jansen famously concluded.

And so, the question is: Why did the South African government insist that an entire generation of children – the so-called “born frees” for whom the future was bright with possibility – would enter school, study for 12 years and graduate, all before it would finally decide on its U-turn on OBE? The answer is rather simple and contained in Jansen’s prophetic paper. As it was always the case throughout history, political imperatives are never good for reality. What chance of our government ever realising that?