Fifa to give up prosecuting orange minidresses

Fifa to give up prosecuting orange minidresses 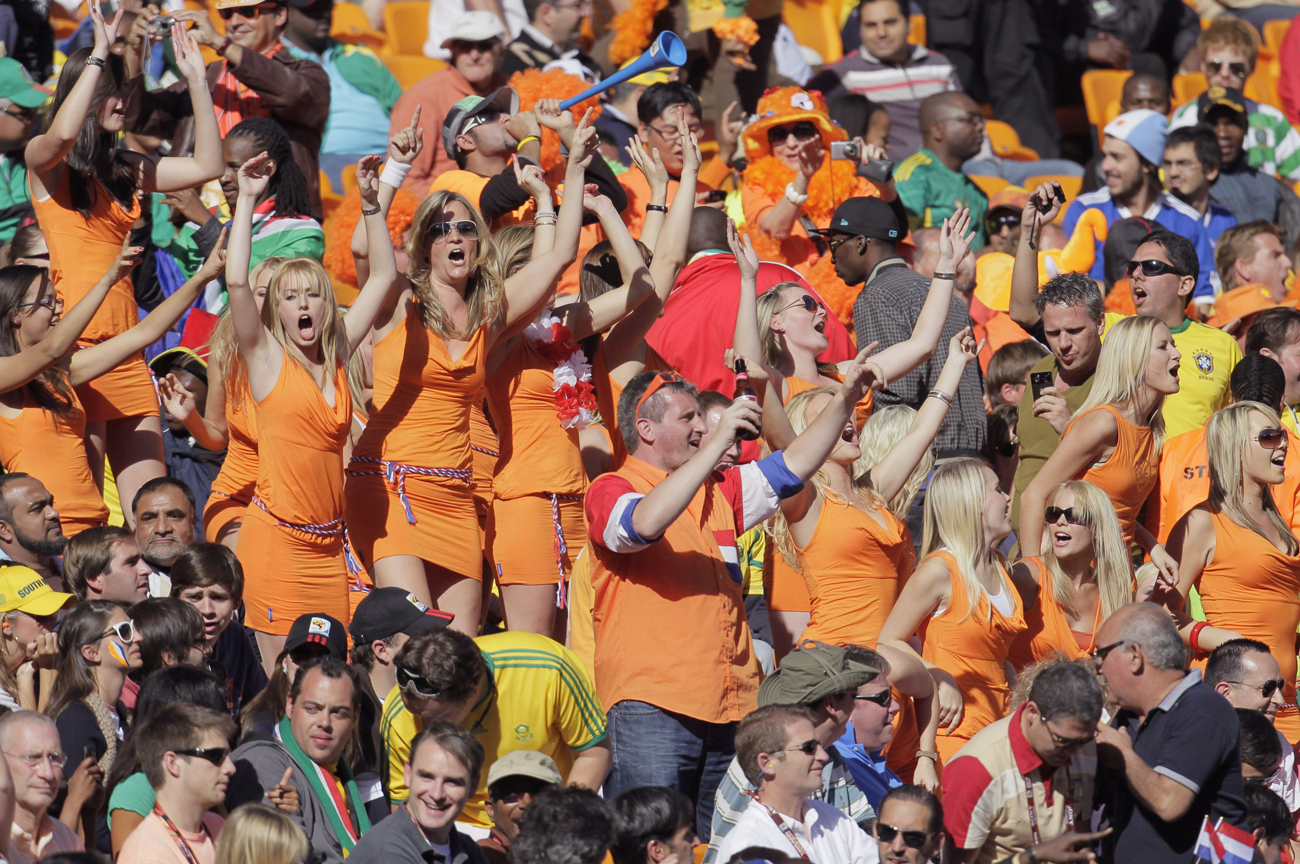 Fifa’s bungling attempts to prosecute two women involved in the Bavaria ambush marketing incident have ended up exacerbating the very situation it wanted to avoid – giving (almost) free publicity to a company that isn’t a World Cup sponsor.

At the Johannesburg Magistrate’s Court on the corner of Fox and Miriam Makeba streets in the CBD, The Daily Maverick spoke to the new lawyer in the case of Fifa versus Mirte Nieuwpoort and Barbara Castelein, Mr Oldwadge.

The lawyer informed us, while speaking to his colleagues, that there would be no action on Tuesday. “It’s going to take two minutes in and out,” he said. Fifa, it appears, are going to drop the charges.

The two women were arrested on Wednesday for their part in Dutch brewer Bavaria’s ambush marketing stunt on Monday last week. At the Netherlands vs Denmark game, 36 women, initially dressed in Danish supporter gear, stripped down to orange minidresses, which featured a (miniscule) Bavaria logo. Photo: More than 50 members of the press were eagerly awaiting the proceedings. By David Gutnick.

Nieuwpoort and Castelein were charged in terms of the SA Merchandise Marks Act. As Bavaria is not an official World Cup sponsor, it is not allowed to promote its brand in connection with the tournament.

Although it looks as if Fifa will withdraw the case, the fact that it has come up at all is a symbol of the worrying degree to which South Africa has ceded aspects of its justice system to the soccer government body. The court rooms of sovereign governments are being put in a position where they have to enforce the branding laws of multinational corporations, and this doesn’t bode well.

Of course, the real winner in this scenario is Bavaria. The brewer has gained more marketing mileage from its initial ambush concept than it could’ve dreamed of – all due to Fifa’s inept handling of the incident. Talk about scoring an own goal.

By Kevin Bloom and Theresa Mallinson

Main photo: Netherlands’ fans celebrate after their win over Denmark in their 2010 World Cup Group E soccer match at Soccer City stadium in Johannesburg June 14, 2010. Some 36 women dressed up as Danish supporters entered the stadium and stripped of their Danish outfit to reveal the Orange miniskirt designed by Dutch beer brewer Bavaria. Three Dutch girls were held and questioned for three hours. The Dutch foreign ministry has asked the South African authorities to explain why 36 girls wearing orange dresses were forcibly removed from the stadium, media reported. Picture taken June 14, 2010. REUTERS/Michael Kooren