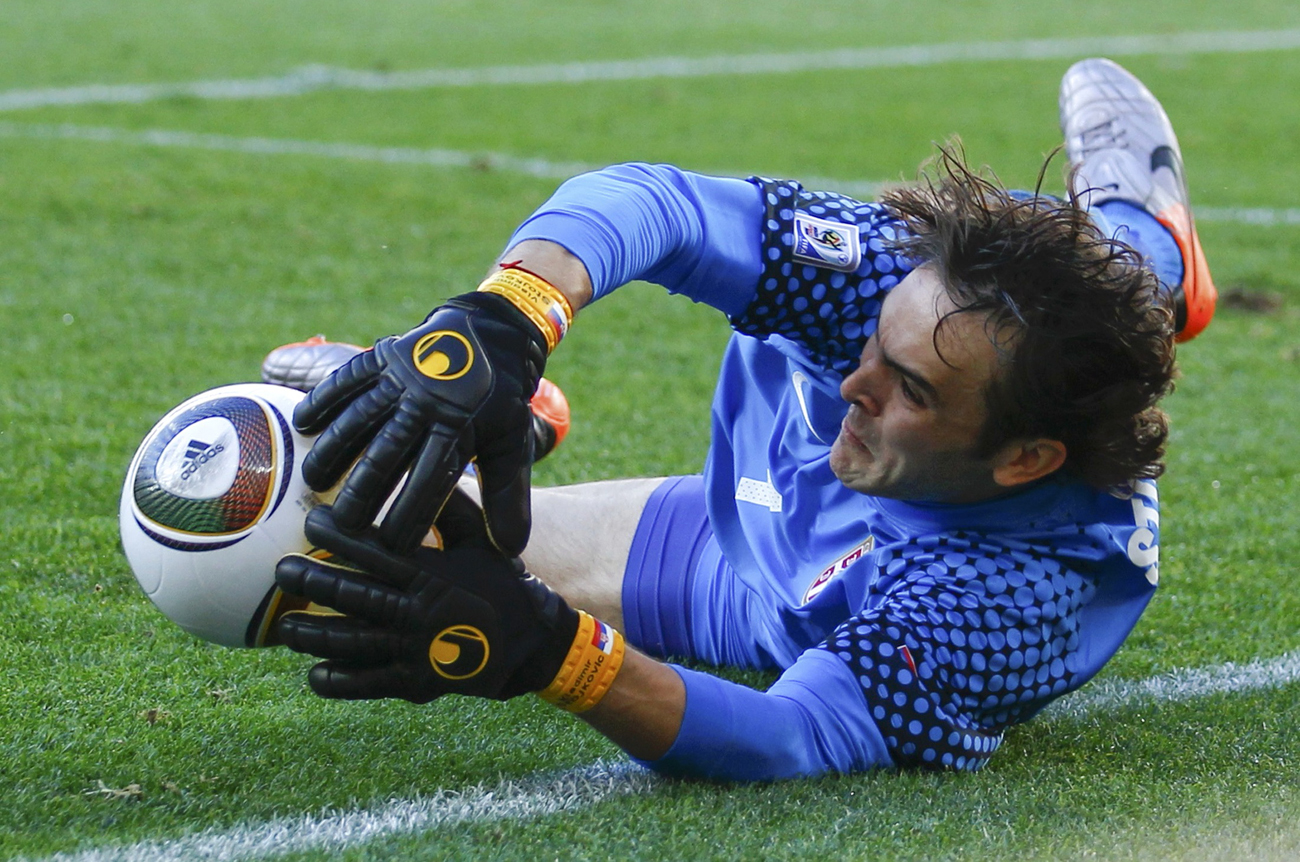 It was supposed to be an easy outing for the rampaging Germans, freshly energised by their destruction of Australia. But, not for the first time in history, (remember who started World War One?) Serbs had some ideas on their own. It ended Serbia 1, Germany 0

It was a do-or-die match for Serbia: their suicidal performance against Ghana confined them to a really tight spot and they didn’t have many other options than to aim for victory. And you couldn’t do much worse than planning to wrest your life-blood points from cold German hands.

And yet, it happened. We’ve already said it: as good as the German attack was in their first match, the holes that were routinely left uncovered in their defense presented a huge opportunity for a team that is in better shape than the hapless Australia. That team on this Friday in Port Elizabeth was Serbia. Even without their prized central defender Lukovic, the Serbs managed to present a defensive front that German attacking unit somehow couldn’t break through. Even when Vidic (in a carbon-copy of the incident against Ghana and for an as yet completely unexplained reason) handled the ball in his penalty box, Podolski could not beat Serbian goalkeeper Stojkovic. From their side, the Serbs managed to convert the one true chance they had, when Jovanovic punished the German defence’s disarray in the first half, and then proceeded to hold on to their tiny lead for the rest of the tense match.

Spanish referee Alberto Undiano played a pivotal role in the game too: his sending-off of Miroslav Klose for a second bookable offence thoroughly changed the complexion of the game.

Bur for all the drama on the field, both teams failed to impress. Germans looked nervous and erratic, while the Serbs, for all their sporadic flashes of brilliance, just couldn’t summon enough precision and cool-headedness to finish off their badly-wounded opponent. A pretty game this wasn’t.

Suddenly, Group D is wide open, with Serbia having serious chances of qualifying again. But for whoever is to go through eventually, the task at hand remains tough: Ghana still has to play against Australia and Germany, and the Serbs are by no means assured of repeating Germany’s performance against the Aussies. There will be plenty of nail-biting moments in this group before the end.

Germany have not made a change to the side that delivered that crushing defeat to Australia on Sunday. Why would they?

Serbia have made a few changes. They had no choice with Aleksandar Lukovic, who is out with a red card. He is replaced by Neven Subotic. Zdravko Kuzmanovic starts in place of Nenad Milijas.

The beautiful Nelson Mandela Bay stadium delivers a greater visual punch than Soccer City. So does Moses Mabhida, in opinion.

Four yellow cards already and we’re only halfway through the first half. A sending off is a distinct possibility in this match now.

Play has become far more bogged down, the Germans allowing the Serbs to find their rhythm. Serbia has a far better defence than Australia, as well. Serbia need to be careful not to concede a goal in the dying moments of the first half. It would be a crippling psychological blow if they do. The Germans are quick out of the starting blocks.

Dejan Stankovic collides with Bastian Schweinsteiger, and goes down, grimacing dramatically. The referee is not buying it.

The Serbian defence are being inexplicably lazy here. If you thought this game couldn’t get stranger, it just has. Both sides seem to be competing for the most spectacular suicide.

What doesn’t kill you only makes you stranger. Both teams seem determined to fulfill that immortal line from The Dark Knight. Replay shows that there was not much contact between Mertesacker and Zigic.

Germany now has four strikers on the field.

Well, this is rubbish. Absolute rubbish. Germany has completely lost confidence, and the Serbs are trying to walk it in. The only thing really differentiating the teams right now is that Germany is playing more awful football.