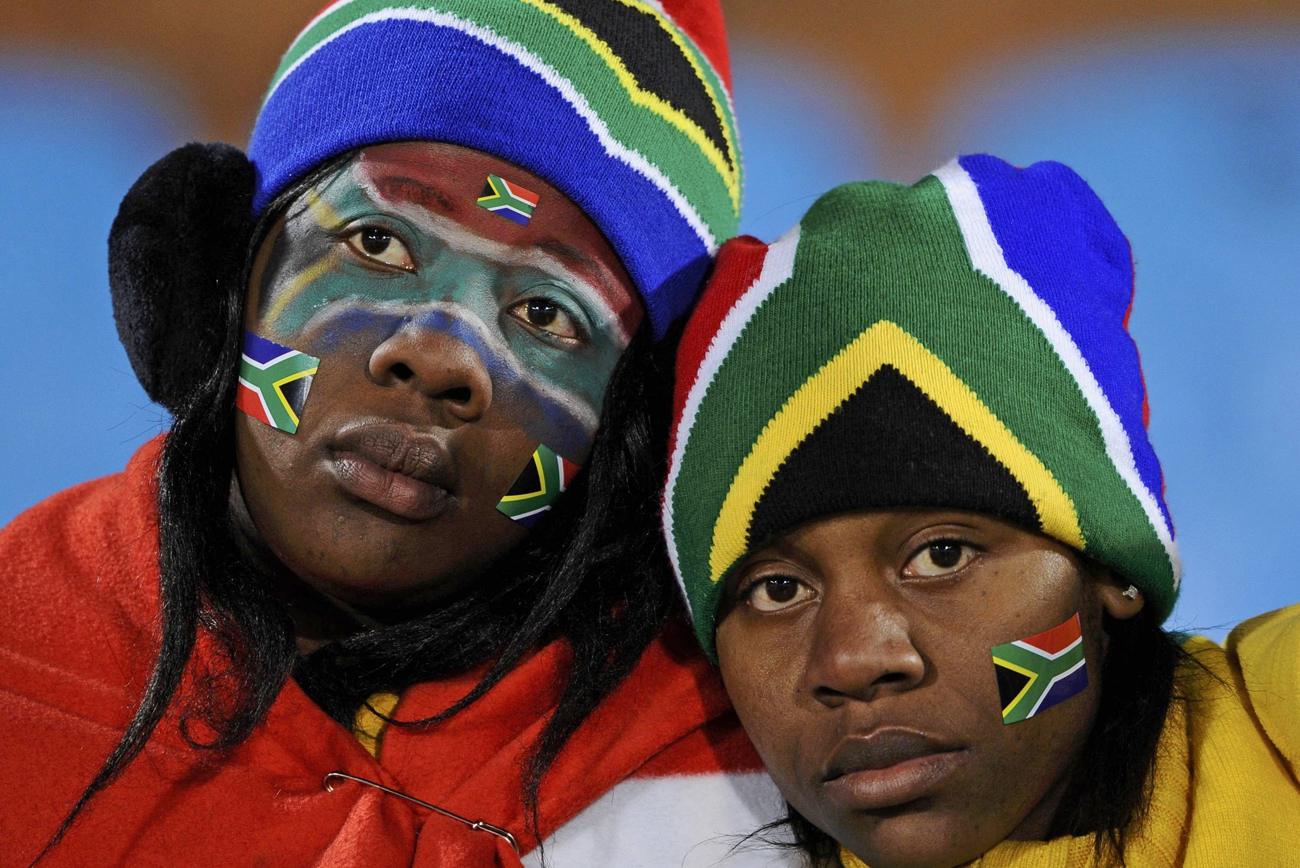 It was the game that was meant to ensure that Bafana would play in the second round of the World Cup, but nobody sent the Uruguayans the memo. Diego Forlan’s wicked performance sent Bafana into deep sadness. Uruguay three, South Africa zero.

In many ways, one-day cricket and soccer tournaments have many things in common: it depends on who’s the first one to attack, if all the players are having good day and if the ball flies couple of inches left or right. The margin for error in those games is more or less next to nothing. And the team has to have luck on their side.

Bafana Bafana had a bad night on Wednesday, and their cup of bad luck runneth over. The Uruguayans had a perfect set of tactics for the match: calm the game down so the influence of the supporters is minimised, dominate the possession and then rely on the superstars, Forlan and Suarez, to deliver on the promise of moments of personal brilliance. And have luck on your side.

The Uruguayan squad delivered on all requests and then some. Forlan and Suarez built upon their excellent midfielders. Every time they touched the ball, there was a danger in the air. The Bafana Bafana defence appeared to be unsure of itself and they were left hanging many times.

But even as Uruguay was playing well and Bafana not (it took Bafana a whole 68 minutes for their first proper shot on the goal), they still needed luck to take the game in their hands. Forlan’s first goal, as brilliant shot as it was, came only after Mokoena’s head deflected the ball into Khune’s goal in such abrupt fashion that even a brilliant keeper of his stature didn’t stand a chance. Forlan’s second goal came from a penalty as Khune brought down Suarez, who happened to be offside at the time. And as one trouble needs a partner, Khune received a red card.

Gods of luck were not on Bafana’s side tonight, but, in truth, Uruguay deserved their win. Forlan is a player of global quality and the side appears to be able to do well this time. Bafana now faces France in do-or-die game next Tuesday in Bloemfontein. It will be difficult, but it is entirely doable.

Here are the notes from the match:

The vuvuzelas at Loftus Versveld must be unbearable.

The Uruguayan keeper’s jersey is, and I have this on good authority, Gitmo orange.

It is the 17th game of this tournament, with no free kick goals in so far.

Bafana are playing the dominance game, holding the midfield and passing the ball well. The worried look on Carlos Alberto Parreira’s face is back.

Even as Uruguay leads, Bafana is not doing badly: they control the ball well and do not appear perturbed by Uruguay’s lead.

The Bafana defence does not appear to be able to deal with Uruguayan attacks. Uruguay is thoroughly dominating the game right now. If Bafana is to change the course of the game, its mid-fielders will have to snap back, and soon.

Uruguay has succeeded in slowing down Bafana’s game and the minutes are passing fast. Anxious moments. The country is united in grief.

Since Uruguay’s second goal, Bafana is mostly going through the motions. It would be extremely difficult to come back into this game, not least because they attempt it with only 10 players on the field. By Branko Brkic and Sipho Hlongwane