Italy and Paraguay draw after a hard, tough battle in t...

Italy and Paraguay draw after a hard, tough battle in the freezing rain 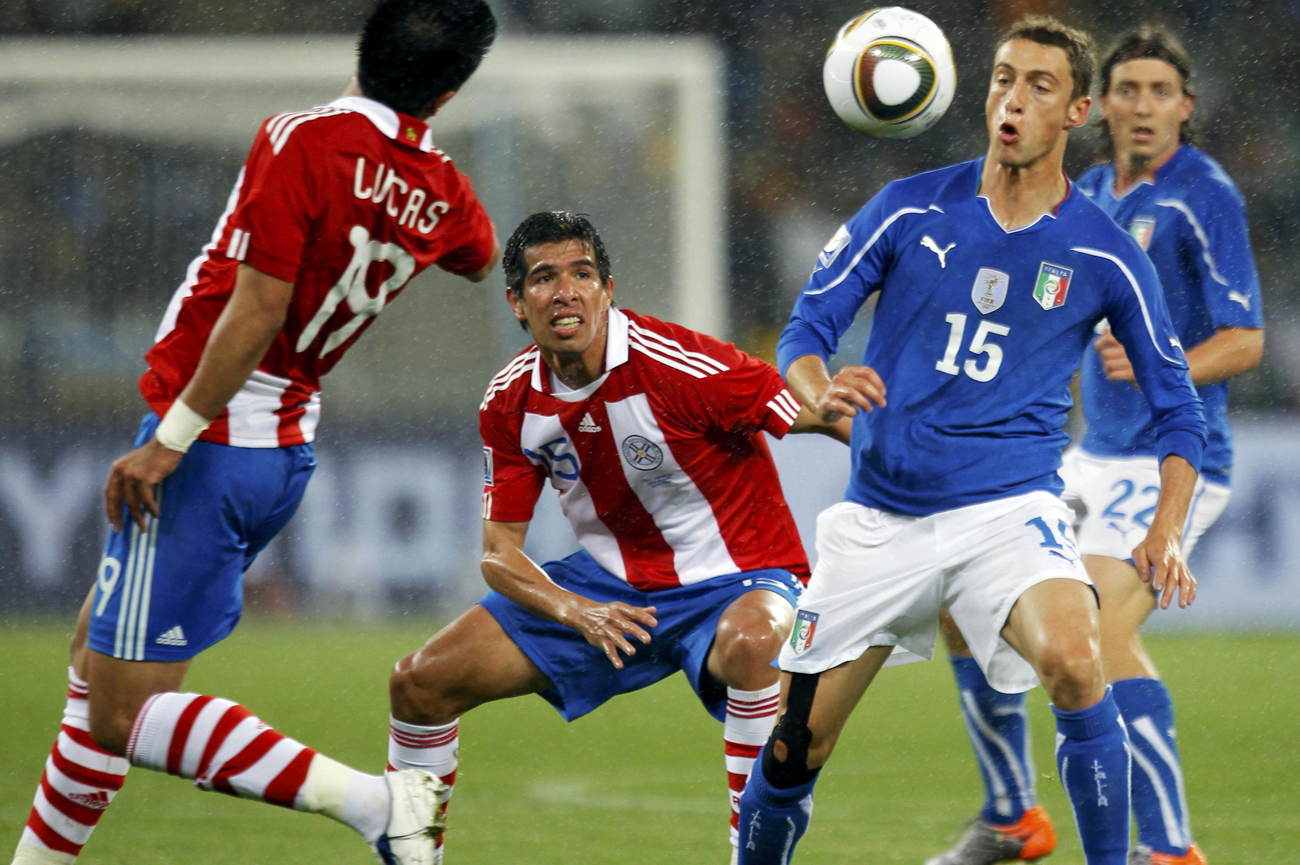 The reigning champions were strong favourites before the Group F opener in the wet and cold Mother City. Their battle with the South Americans produced few fireworks but it was an intriguing duel whose 1-1 result could only be seen as a fair one.

Italy is famous for being a late starter at the World Cups and this one is no exemption. For most of the first half and the first part of the second, it was Paraguay that could have been mistaken for the more famous and storied competitor. Paraguay’s defence was well composed and confident, while their sorties into Italian territory were looking increasingly dangerous, until Alcaraz finally gave them the lead with a brilliant header from a Torres cross. The first part of the second half also saw Paraguay dominating the game, until Camoranesi brought new urgency into Italian play. For the rest of the game, the Italians tried their best to break the Paraguayan defence, which was strong and unfussed until the end. All in all, it was a workman-like performance from both parties that consider their incoming opponents, Slovakia and New Zealand as far easier targets. De Rossi’s goal, however, raised quite a few eyebrows: as has happened several times before, Paraguay’s very experienced goalkeeper and captain, Villar, who was rock-solid up to and after that moment, inexplicably missed the cross. Is it possible that the ball has been the factor that confused all these goalkeepers’ reactions and materially changed the direction of some games? Hmmm.

Here are this reporter’s notes.

The First five minutes is spent in testing each other’s muscle.

The Paraguayan defence is very composed and solid. They do not lose their line when under attack, not so far, at least. They almost look Italian in their surefootedness.

The tempo is definitely being upped a bit. If only the rain was not so persistent… Alcaraz will play in the Premiership next season, for Wigan, who no doubt feel very good about their latest purchase now. The first half was a tough, no-nonsense fight without much beauty or outright excitement, but full of zest and skills despite the hard rain and cold that would immobilise many a weaker soul. On the face of it, not much different from the Slovenia vs Algeria game, but much more like Ghana vs Serbia.

Federico Marchetti of Cagliari has replaced Milan’s Buffon in the Italian goal. It will be strange not to see Buffon on the pitch. He is a true legend.

The Paraguayans started the second half greatly energised by Alcaraz’s goal. Their already composed game is now authoritative.

Paraguay is now a much better side on the field. Italy will have to change something, and quickly, if they are to get back into this match.