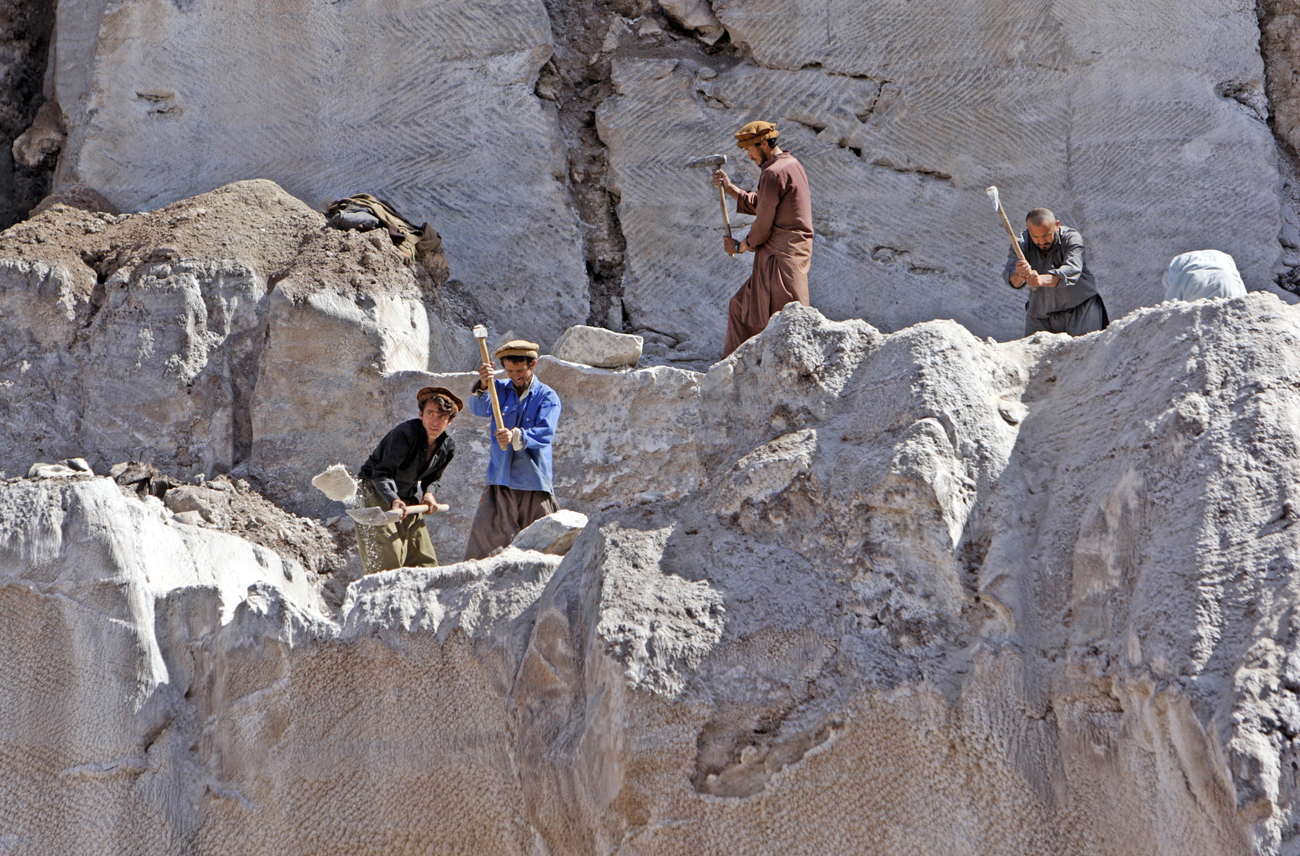 The New York Times is reporting (and everyone else is now climbing aboard) that enormous deposits, perhaps worth a trillion dollars, of key minerals and metal ores have been discovered in – you guessed it – Afghanistan.

According to the reports, the heretofore unknown deposits of iron, copper, cobalt, gold and lithium discovered by US geologists and Pentagon officials are so huge they could transform an impoverished nation into one of the world’s key mining centres. The deposits are scattered throughout the country, including in the southern and eastern regions where the Taliban-led insurgency is centred. Still other finds include niobium, a soft metal used in producing superconducting steel, various rare earth elements and large gold deposits in the Pashtun areas in the southern part of the country. And an internal Pentagon memorandum also says Afghanistan could turn into the “Saudi Arabia of lithium”. Now don’t sneer at lithium – it’s one of the elements that makes the batteries work in laptops, BlackBerrys and cellphones.

Now, at least, we’ll know why people have been willing to fight over Afghanistan for two thousand years. Maybe it’s time to bring out, dust off – and revise – that old favourite by Country Joe and the Fish: “For it’s one, two, three what are we fighting for? I don’t give a damn, next stop is Af-ghan-I-stan…” While this newfound mineral wealth could fuel a revival and restoration of the country, it could also be a two-edged sword. Instead of bringing peace and prosperity, this newfound mineral wealth could fuel the Taliban to fight even harder to regain the control of the country they lost nearly a decade ago.

According to General David Petraeus, head of the US Central Command, “There is stunning potential here. There are lots of ifs, of course, but I think potentially it is hugely significant.” But, because the country has so little in the way of mining infrastructure, it will take decades for the country to exploit this mineral wealth effectively. Jack Medlin, a geologist with the US Geological Survey’s international affairs program explains, “This is a country that has no mining culture. They’ve had some small artisanal mines, but now there could be some very, very large mines that will require more than just a gold pan.”

It comes as no surprise that two Chinese firms have already committed themselves to a $4 billion investment in a copper mine south of Kabul. And a big contract to mine up to 1.8 billion tons of high-quality iron ore in the remote region of Hajigak is supposed to be opened to international bidding this year. With information about the mineral deposits now out, this will undoubtedly heighten competition among regional players from China, India and Russia to jockey for a role in exploiting these newly discovered resources.

While it could take many years to develop a full-fledged mining industry, the potential is so big that industry specialists believe the deposits could attract heavy investment even before any mines are profitable. More strategically, this investment could generate the jobs that could finally distract interest from generations of warfare and could eventually dwarf the size of the country’s current economy that is now largely dependent on opium production, narcotics trafficking and foreign aid.

However, these discoveries come at a difficult time in the war in Afghanistan. The current offensive in Marjah in the south has resulted in limited gains, charges of corruption and favouritism continue to swarm around the Karzai government, and president Karzai appears to be growing increasingly embittered towards his key ally – the US.

Photo: Men work at Taqcha Khana salt mine in Namak Aab district of Takhar province northeast of Kabul March 10, 2009. The mine, from which salt is excavated with basic tools and transported by donkeys, produces more than 23,000 tonnes of salt per year. REUTERS/Ahmad Masood