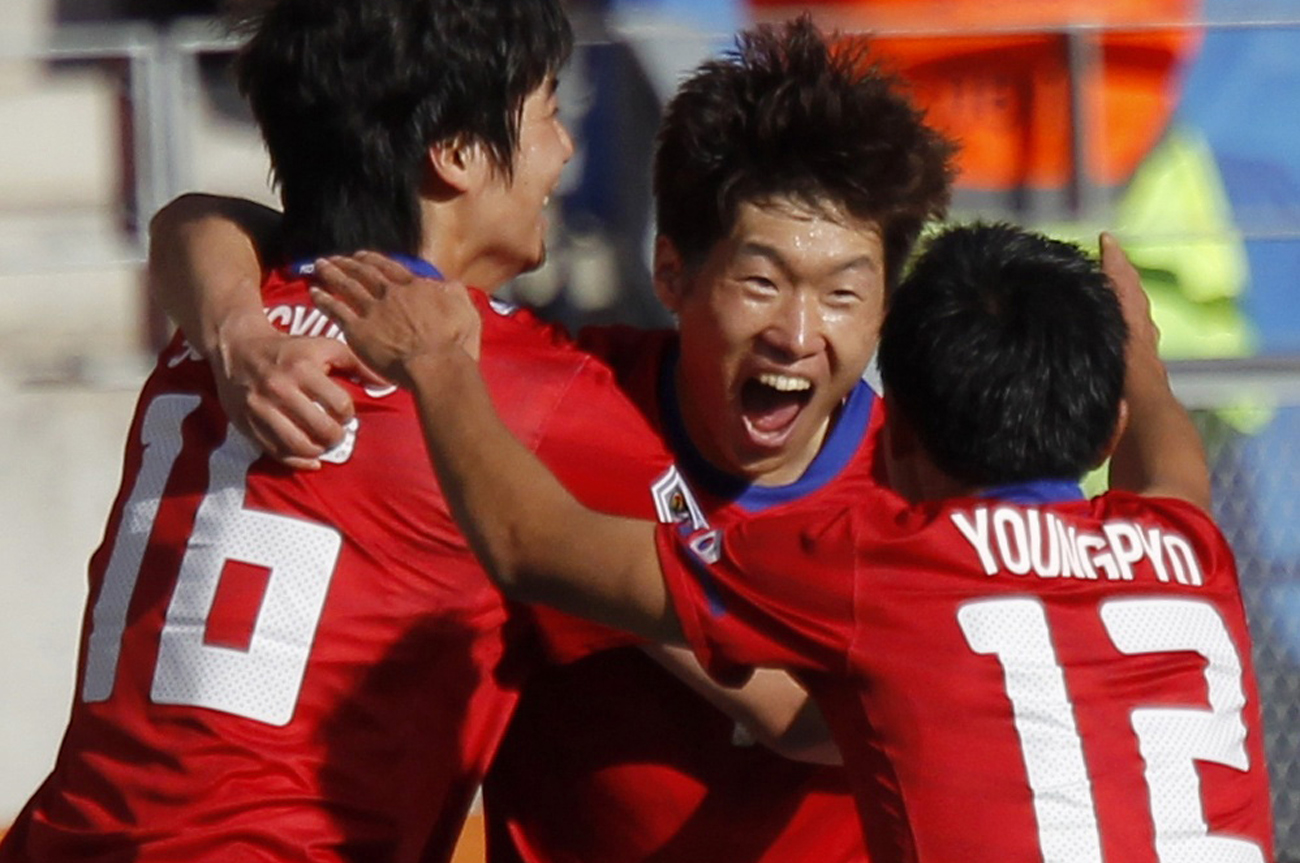 The 2002 semi-finalists are back for another go at the World Cup glory. In their first game, the South Koreans not only defeated Greece 2-0, but also delivered a proper lesson in modern soccer.

Greece’s best chance came in the second minute, after which they pretty much left the field to the Koreans, who quickly established their domination of the mid-field. After Greece, rather uncharacteristically, allowed them to take the lead in 7th minute, for the next 65 minutes the Nelson Mandela Bay Stadium’s pitch was a lecture room in which Koreans thoroughly dominated.

The Greeks’ German-born coach Otto Rehhagel is a hero in his adopted country and the winner of the 2004 European Cup. On Saturday he broke legendary Italian manager Cesare Maldini’s record for the oldest manager at a World Cup game; he is 71 years old. The team he created plays a game of soccer that relies upon their iron-clad defence and frequent counter-attacks. However, Korea’s early goal managed to wreak havoc in their tactics and they were forced to play the type of soccer they never felt comfortable with: an attacking, most players up-front style. That, inevitably, caused quite a few holes in the defence and it almost surprising that the Asian team did not score more than just one goal, after Park’s initial brilliant solo effort. The defeat has almost certainly banished Greece into the bunch of teams on their way out of the World Cup. As for the Koreans, they look very composed and, apart from showing some signs of fatigue towards the end, their future looks very promising indeed.

Nelson Mandela Bay stadium is stunningly beautiful, basking in the Port Elizabeth sunshine. The teams were so rearing to go that they came out couple of minutes too early.

Even as they are obviously very skittish about sending not too many players forward, the Greeks employ up to eight players from the breaks. The Korean goal clearly took wind out of Greece’s sails; they did not enjoy conceding the goal in the opening minutes of their first World Cup fixture, while the Koreans’ optimism is boosted by their fastest-ever World Cup goal. The fact that the much-shorter Koreans are wining most of headers is of particular worry for the Greeks who base most of their defensive tactics around their air superiority.

Over the last many years, Greece was most comfortable playing the subdued game, waiting for the opportunity to score a goal from counter-attacks. Korea’s early goal is forcing them to open up, leaving their defence open to very, very fast Korean wings. It does not look good for Greek players.

From their side, the Korean defenders are fast and disciplined. Greece will almost certainly try to get as many free kicks as possible near the penalty box.

Technically, the Koreans are in a class above the Greeks, who are mostly chasing their shadows.

The first half over, Greece appears shocked by Korea’s superiority and bewildered by their own inability to claw their way back into the game. They will have to make a substantial change and the wily old Rehhagel will have to summon all the tricks he learnt during his long career if he is to reverse the Asian team’s tide.

Rehhagel replaces captain Giorgos Karagounis with Kapetanos. Bold move, let’s see if it pays back in any way. For the first five minutes there’s only one team on the field: Korea. Greece is outplayed.