Yet more primary elections test the mood of US voters

Yet more primary elections test the mood of US voters 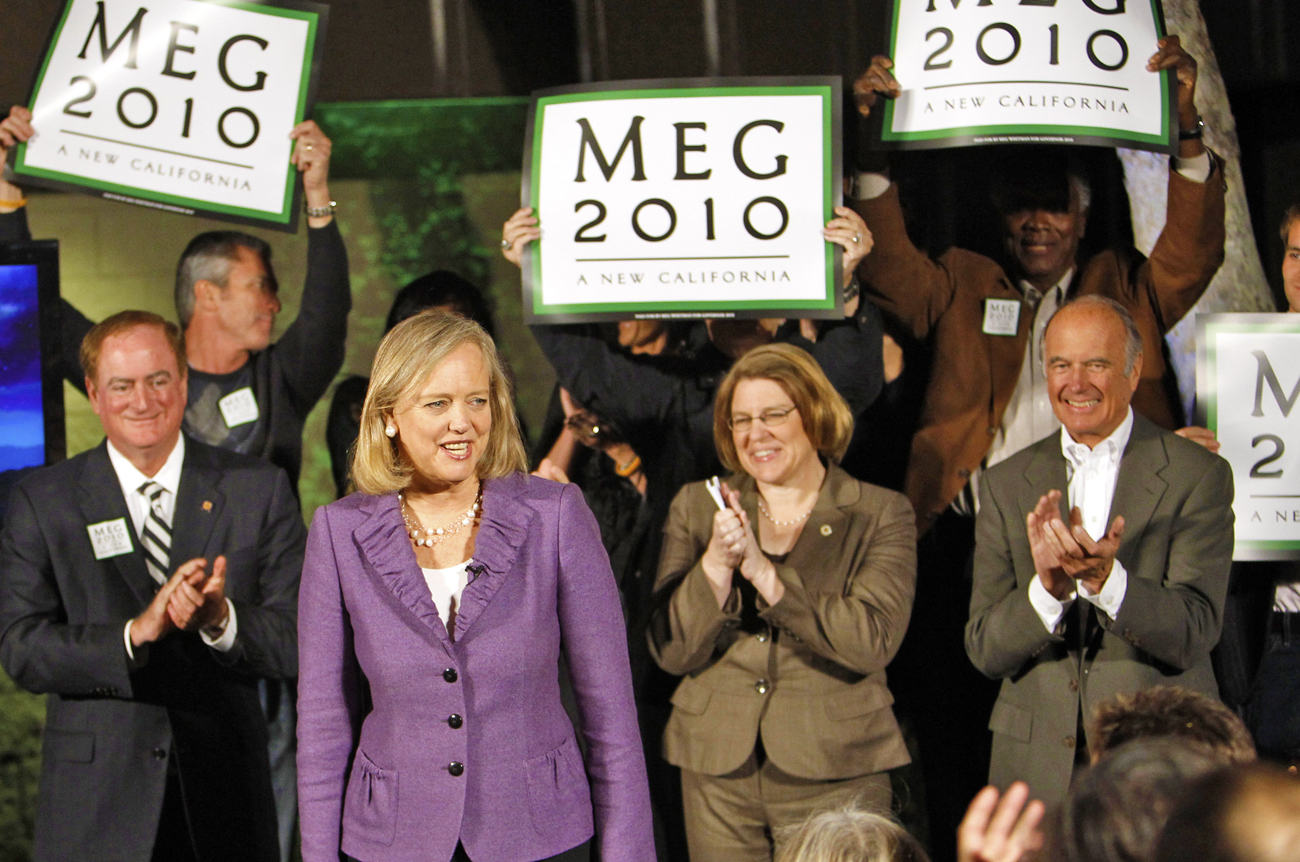 In 11 American states, candidates have made their last frenzied appeals to voters in primary elections that will pick a range of Democratic and Republican candidates to face off in the November midterm general election.

The American electoral system is famously decentralised and these primaries are simply the latest contests that will pick candidates for dozens of gubernatorial and senatorial races, as well as seats in the House of Representatives and numerous other races.

The most visible – and certainly the most expensive – take place in California. Voters there are to pick Republican candidates for governor and one of the state’s two senate seats. California’s races will represent important electoral prizes in November 2010, as the state is as large as a major European nation with a troubling economy to match. California has been reliably Democratic in recent presidential and senatorial races, but it is often fiercely competitive for most other electoral races.

For governor, Meg Whitman, the former head of eBay, faces California state insurance commissioner Steve Poizner for nominee to try to hold the governorship for Republicans. The winner will face Democratic candidate Jerry Brown in November to replace current governor Arnold Schwarzenegger. Poizner is running as the rough, tough, seasoned civil servant who would be hard on illegal immigration and intolerant of taxes. State assemblyman Chuck DeVore, the informally designated “Tea Party” candidate in this primary, trails both Whitman and Poizner in polls.

Jerry Brown was California’s governor decades ago at the height of the “counter-culture, flower-power” era when he was caustically nicknamed “Governor Moonbeam” by his opponents. He is now mayor of the city of Oakland. Brown, in fact, had followed his father into the job and he had amused California citizens by speaking in occasional Buddhist homilies as political maxims, waxing eloquent about space exploration and squiring singer Linda Ronstadt around town for years.

In the second race, former HP CEO Carly Fiorina faces Tom Campbell, a former congressman, state senator and state finance director, to run against long-time incumbent Democratic senator Barbara Boxer in November. Boxer is popularly regarded as vulnerable in her re-election bid  – especially in a year presumed to be a tough one for big-spending incumbents. Both Whitman and Fiorina are testing the notion that big business experience (and even bigger amounts of personal money) can translate effectively into ballot-box appeal. Whitman, a political newcomer who often failed to vote in the past, has spent $71 million of her own cash to campaign as an outsider who will end California’s inbred political culture. Fiorina was head of Hewlett-Packard (and, by many accounts, not a particularly successful one). Her early campaign ad, the one with the spooky gothic horror music, the man in sheep’s clothing and the red laser pointer eyes and some really weird voice-over narration, made her campaign highly visible – albeit one that was tagged as being beyond normal explanation.

All of these Californian Republican challengers are trying to convince sceptical voters they are the most capable of offering a formidable, convincing challenge to their Democratic competitors. Neither of the Democratic candidates faces an intra-party challenge this time around and so neither has had to spend significant campaign funding on the primary election – or be part of the vicious, dog-eat-dog internal feuds so beloved of Democrats more usually.

Californian voters also get the chance to say whether they agree that the now-standard primary electoral system should be replaced by an open primary one. Under this new arrangement, all declared candidates would run in an open first round and the top two vote-getters, regardless of party, would face each other in the general election.

The two high-profile California races are part of a larger tapestry of primaries in 11 states. Analysts argue these contests should be a major way to test the level of voter anger at incumbents when the economy remains in the doldrums. There is still much anger over bank and big business bailouts, and unemployment stubbornly hovers near 10%.

The actual strength of the “tea party” movement should get a major reality check across the country in this round of primaries, especially in places like Nevada. There three Republicans will slug it out for the chance to confront incumbent Democrat Harry Reid, the Senate majority leader. This anti-incumbency fever has already claimed several victims in earlier primaries. Senators Bob Bennett (R-Utah), Arlen Specter, (D-Pa.), and Rep. Alan Mollohan, (D-W.Va) all lost out in their respective primaries.

In other states, as in Iowa, for example, voters will choose candidates for the governor’s race where a former governor wants his job back. Meanwhile, in Nevada, the incumbent Republican governor is likely to become the first in that state’s history to lose his seat in a primary.

Candidates are also squaring off in Maine, Montana, New Jersey, Virginia, North and South Dakota and South Carolina. In South Carolina, the charges and counter charges about personal conduct seemed ripped from the headlines of the Zuma family’s misadventures. Meanwhile, in Arkansas, incumbent Senator Blanche Lincoln and Lieutenant Governor Bill Halter face each other for the Democratic senate nomination with Lincoln cast in the role of a moderate centrist and Halter the choice of labour unions.

While no one race from this primary election day will directly affect President Obama’s political power, taken together the results may be a clearer weathervane to give party tacticians and strategists a better understanding of the strength of the Tea Party movement, the depth of voter fears on immigration issues, continuing concerns about unemployment and economic growth and worries about the direction of federal budget spending. By Wednesday, we’ll all know a bit more – unless the results defy consistent explanations.

For more, read The New York Times, AP and AP

Photo: California Republican Gubernatorial candidate and former eBay chief executive Meg Whitman is applauded at the conclusion of her speech before the opening of her campaign’s Orange County headquarters in Costa Mesa, California February 22, 2010. REUTERS/Mario Anzuoni