Zuma's family affairs: how much is too much information...

Zuma’s family affairs: how much is too much information? 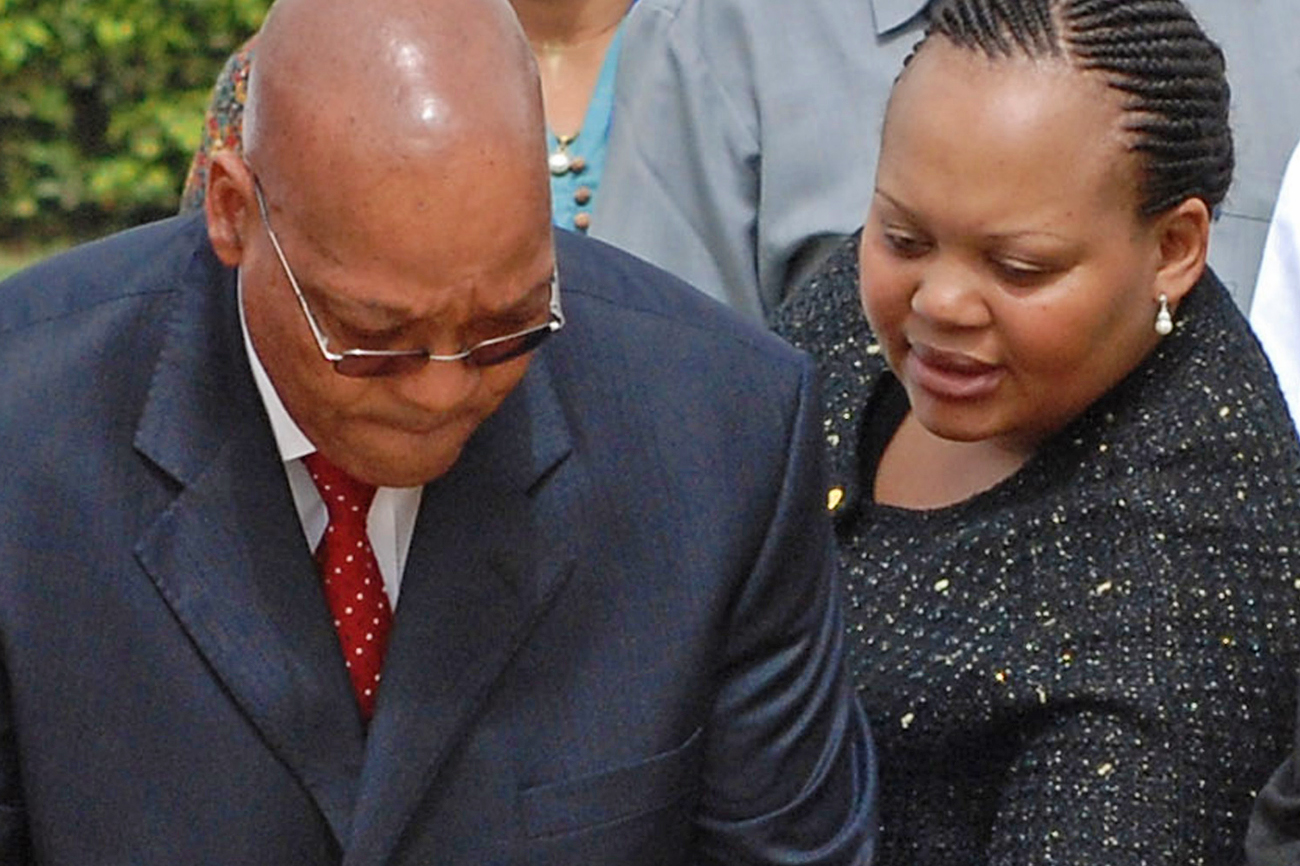 Unless you’ve been marooned in Fifa-land a few days early, you’ll know by now that our president’s love life is not going to leave our front pages for some time. In fact, we have to ask if the Presidency is trying to keep it there, with the unhelpful statement on Friday that reports about his wife MaNtuli cheating on him were “part of a campaign to undermine his right to privacy and dignity”. That rag is a rather nice shade of red to most hacks, and Zuma is likely to feel their vengeance over the next few days.

Zuma being cuckolded, if that’s what happened, is good old-fashioned tabloid fodder. It’s also a big political story. You have political reporters trying to write about sex and family relationships rather than about, well, power and power relations. Oh wait, the psychologists tell us that’s pretty much the same thing. At the very least, they’re hugely intertwined because, in our view, things that happen in Zuma’s private life can affect our politics, and thus us. To put it crisply, no politician anywhere should ever show weakness, and Zuma appears to have been attacked from within his own family.

You may disagree, but just think about what happened to Irish prime minister Peter Robinson. He’d been seen as politically impregnable until his wife bumped into a rather scrumptious 19-year-old. Within weeks he was out. You could argue that Ireland is a particularly conservative country, where the church and old-style morals apply… but you’d also be describing South Africa.

It’s time to look at what rules we should apply when it comes to the private lives of our politicians. What do we have a right to know, what does the right to privacy actually mean, and, when it comes to illicit sex, is there any dignity to it that someone actually has a right to. All very weighty questions, with no clear-cut answers.

Let’s start with whether it’s in the public interest for those morally upright members of the fourth estate to report on a politician’s sexual conduct outside of marriage. And public interest doesn’t mean that we are interested and it will sell more papers; it means that it is important that we know. The answer has to be yes. One of the points of a marriage is that it takes place in public (hence the provision in our law for a marriage ceremony to take place in a church, a meeting point of the community, or, if in a private home, for there to be at least one door open… yes, really). Sex isn’t just about sex, it’s also about the relationship (in many cases) between the two people involved. Thus, if a politician and a person bidding for a government contract are getting tender together, then it’s safe to assume the decision-making politician is not making a reasonable decision.

Also, if a politician is having a tough time at home, and that person has the South African equivalent of the nuclear launch codes, we should know his temper could be quite short for a while. But our right probably stops a little short of knowing that he’s having a big family meeting and who said what at that gathering. Of course, if those meetings weren’t quite so big, they wouldn’t leak quite so much…

Zuma also has a right to some other aspects of privacy here. Most South Africans, including his political enemies (and we mean those in the DA, not just in the ANC) would probably be pretty disgusted if someone tried to sell pictures of him, or any other politician for that matter, engaging in any kind of act. We do not have a right to know any of the details, and they should stay behind closed doors. Not for us pictures of Cherie Blair at the beach, or even Princess Di at the gym. That’s too far for us.

The real justification most journalists use for revealing details about a politician’s private life is that it exposes hypocrisy. It’s the oft-told tale of the US Republican who stands for family heterosexual marriage and apple pie being found in flagrante delicto with the young male aide, the cheap prostitute and the bunny. The Playboy Bunny we mean.

In South Africa, marriage is a bigger concept than it is in some parts of the world, so we need to think more carefully. Zuma’s polygamous marriages seem to give him far more freedom to stray than most monogamous unions. His wives, so far, seem to have put up with him fathering a child out of wedlock and proposing new wives to join the happy throng. We should check they’re involved out of their own free will, and leave it there. But when one of them allegedly cheats on him, Zuma’s reaction will tell us more about him as a human than hundreds of hours studying his public speeches will.

It’s what Zapiro caught so brilliantly on Sunday. His cartoon depicts Zuma yelling at MaNtuli “An Affair?! How dare you!!” The sting is in the nursery full of babies depicted in the background. It’s name? Presidential Affairs Creche.

Zuma, it seems to us, hasn’t stopped to think too hard about the impact that his having sex outside his marriages will have on his wives. Now, how will he react when that happens to him? So far, not well, as far as we know. If he shows any anger at all, if he dares to ask the question of MaNtuli “how dare you”, he’ll be revealed as a real chauvinist. And we have a right to know if our president does believe he has more rights than his wives.

His right to dignity is a relatively thorny issue. The Jimmy Manyis among us believe that the media should always show respect to the Presidency and, furthermore, that the person occupying the office should be respected. That doesn’t appear to have worked for Manyi over the last few days, and it sure as hell isn’t working for Zuma. He’s the butt of every joke in the land. It’s not good for any politician to be a laughing stock, but it strikes us as being a big ask to make a fool of yourself, and then to say: don’t laugh at me. It’s not going to work. Surely, Zuma, having taken the step of entering politics, and thus, the public arena, must accept that sometimes he will be laughed at (or, for that matter, be drawn with a shower on his head).

But, there is a limit to this. We shouldn’t ridicule a politician, including our president, too far. Reportage shouldn’t be too graphic, and it must be grounded in fact, not on what we would like to believe is true. It should also try to take into account that, while politicians are politicians, they are also human beings. You’re allowed to make them groan with what you publish; you’re not allowed to make them, or their children, cry. We don’t quite know how to put that into legal language, but we hope Pierre de Vos and his ilk will have a try.

The Presidency is likely to try to make much hay with its claim that journalists shouldn’t “undermine the President’s rights to privacy and dignity”. But it’ not really up to it to decide. There are many times when a politician, particularly a president, will find themselves, because of circumstance, looking like an idiot. But when it is absolutely their fault, well, they’re going to get laughed at. Get used to it.