Analysis: Japanese Prime Minister Hatoyama falls on his own sword 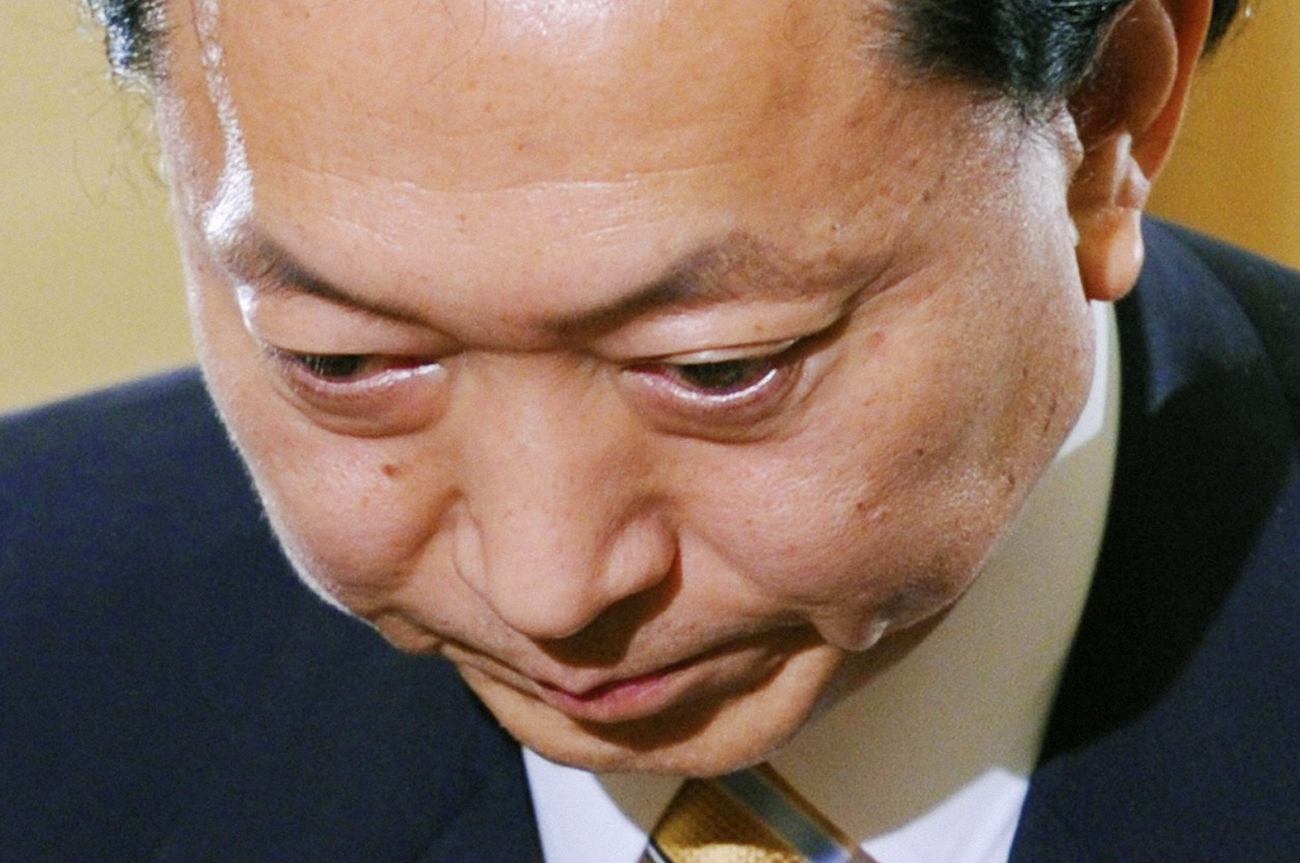 As if Japan didn’t have enough on its plate trying to re-energise its stagnant economy, Prime Minister Yukio Hatoyama has resigned. Like politicians the world over, he’s found out the hard way that voters really do listen to those campaign promises – and punish their popularity ratings once they don’t keep them. In this case, the voters’ sense of betrayal revolved around the little matter of a US military base in Okinawa.

After less than a year in office, on Wednesday the Japanese Prime Minister Yukio Hatoyama bowed to growing pressure and stepped down as the country’s fifth leader in as many years. Hatoyama’s Democratic Party (DJP) had won a landslide victory in September last year, sending the eternally-ruling Liberal Democratic Party (LDP) into an unfamiliar political wilderness. Hatoyama, scion of a political family that had served in high-level positions for several generations, had been the popular choice, leading his party to victory and then becoming the country’s prime minister – but he proved unable to translate electoral success into policy change or actual governance.

Hatoyama had led his Democratic Party to its astonishing victory over its opposition in the wake of widespread voter dissatisfaction with the LDP’s inability to re-energise the Japanese economy. Japanese voters also rejected the LDP because of its failure to reform or reshape the cosy, claustrophobic partnerships between big business, bureaucracy and parliamentary oversight committees in many parts of the economy, or to reshape Japan’s international security relationships into a texture appropriate to the post-cold war world in East Asia.

But Hatoyama’s inability to carry out a key campaign promise of moving a US Marine air base from the small, crowded, southern island of Okinawa to a new location on the main island of Honshu cast doubt on his government more generally. In the most recent polling before he fell on his sword, Hatoyama’s popularity had fallen so far it was rivalling Richard Nixon’s post-Watergate level of support.

The US Marine airbase at Futenma has long been a bone of contention between the US military and Okinawa residents – as well as between the Okinawans and the national Japanese government. For many years after World War II, Okinawa was administered by the US and it reverted to Japanese sovereignty only in 1972. With more than a dozen US military installations on their island, Okinawans have long felt they were the pawn in the US-Japan security relationship, putting up with all the inconvenience so that the rest of the country gained the protection of the US military shield. Photo: Hercules aircraft are parked on the tarmac at Marine Corps Air Station Futenma in Ginowan on Okinawa May 3, 2010. REUTERS/Issei Kato

But in the years after World War II, the area surrounding the Futenma base became increasingly urbanised and, although they appreciated the positive impact of major military spending on their area, Okinawan citizens also had a growing fear of the impact of a possible major accident, traffic congestion and the unpleasant social effects of having so many military personnel assigned there. In particular, this included several high-profile sexual assault incidents by US military personnel that led to major protests against the base’s continued presence.

Hatoyama’s pledge to move this base off Okinawa (and to evolve a new security relationship with the US in the process) raised popular expectations about his government’s capabilities and reforms. However, it flew in the face of a carefully negotiated plan between the US and the previous Japanese government that had taken over a decade to achieve that would move Futenma operations to another base on Okinawa in a more sparsely settled part of the island. The Prime Minister’s plan to move the base off Okinawa entirely was spurned by the people at Hatoyama’s preferred location, and it became doomed by all manner of bureaucratic obstructionism.

Moreover, Hatoyama gained virtually no support over his proposal from Obama administration officials who feared that a repudiation (or any sort of major revision) of this already-negotiated plan could have an unplanned domino effect – unsettling all the other carefully constructed base arrangements located throughout Japan. Hatoyama’s failure on his signature issue thus cast increasing doubts in the minds of Japanese voters about his ability to achieve the rest of his reformist agenda, let alone his ability to renegotiate the broader terms of the US-Japanese strategic alliance.

Within Hatoyama’s party there was growing concern it would lose strength in the upcoming election for the Japanese parliament’s upper house – due to take place on July 11. While this election would not affect the DPJ’s hold on the government – a government in Japan is determined by gaining a majority in the lower house of the Diet – major losses in the House of Councillors would still make it much harder to pass other elements of the party’s reform agenda, thereby making the DPJ government look even more ineffective than it already is.

The focus now turns to who will lead the DPJ after Hatoyama formally vacates the prime ministership. While Hatoyama has pushed the party’s kingmaker, Ichiro Ozawa, to resign as well, in response to a campaign funding scandal that centred on Ozawa’s own office, Ozawa will undoubtedly maintain a key (even if informal) role within the DPJ. Ozawa’s reputation as a wheeler dealer, he’s sometimes called the “Shadow Shogun”, makes his selection as the new party leader extremely unlikely. As a result, the frontrunner in the race for the head of the party, and thus the prime ministership, is its current deputy prime minister and finance minister, Naoto Kan.

Kan is, in fact, one of the few members of the DPJ to have had significant high-level government experience and a strong individual reputation with Japanese voters. Over a decade ago, Kan, while health minister in an LDP cabinet before he joined his new party, achieved the rare reputation in Japanese politics as a decisive, hands-on problem-solver when he dealt effectively with a scandal in Japan’s blood donor system over HIV-infected (or at least untested) blood.

Regardless of who becomes Japan’s next prime minister, the almost inevitable result of Hatoyama’s self-humiliation will have been to turn future US military base closures and consolidations, as well as the larger texture of the US-Japan security relationship, into the Japanese equivalent of the third rail of politics – touch it and you fry. As Izuru Makihara, an international defence and security specialist at Tohoku University explained: “The Japanese public was not willing to follow Hatoyama down this path of Futenma and changing the alliance. The consensus is that Japan needs the US, with China and North Korea nearby.” Joining in that judgement, Takashi Kawakami of Takushoku University added, “Hatoyama self-destructed on Futenma [and] his successor is not going to want to touch that issue.” With the growing uncertainty of the security situation on the Korean Peninsula, this will become even more fraught territory for Japanese politicians in the near future.

Hatoyama’s political demise also points to a worldwide problem of how difficult it is for any new generation of political leadership to take control of a political system that has been fixed in amber for a decade or more under the tutelage of a single dominant political party. Thus, a more than casual look at Hatoyama’s experience can be illuminating for regimes as different as those in the UK, Western Europe – or South Africa.