M&G vs Presidency: The Zim truth will out

M&G vs Presidency: The Zim truth will out 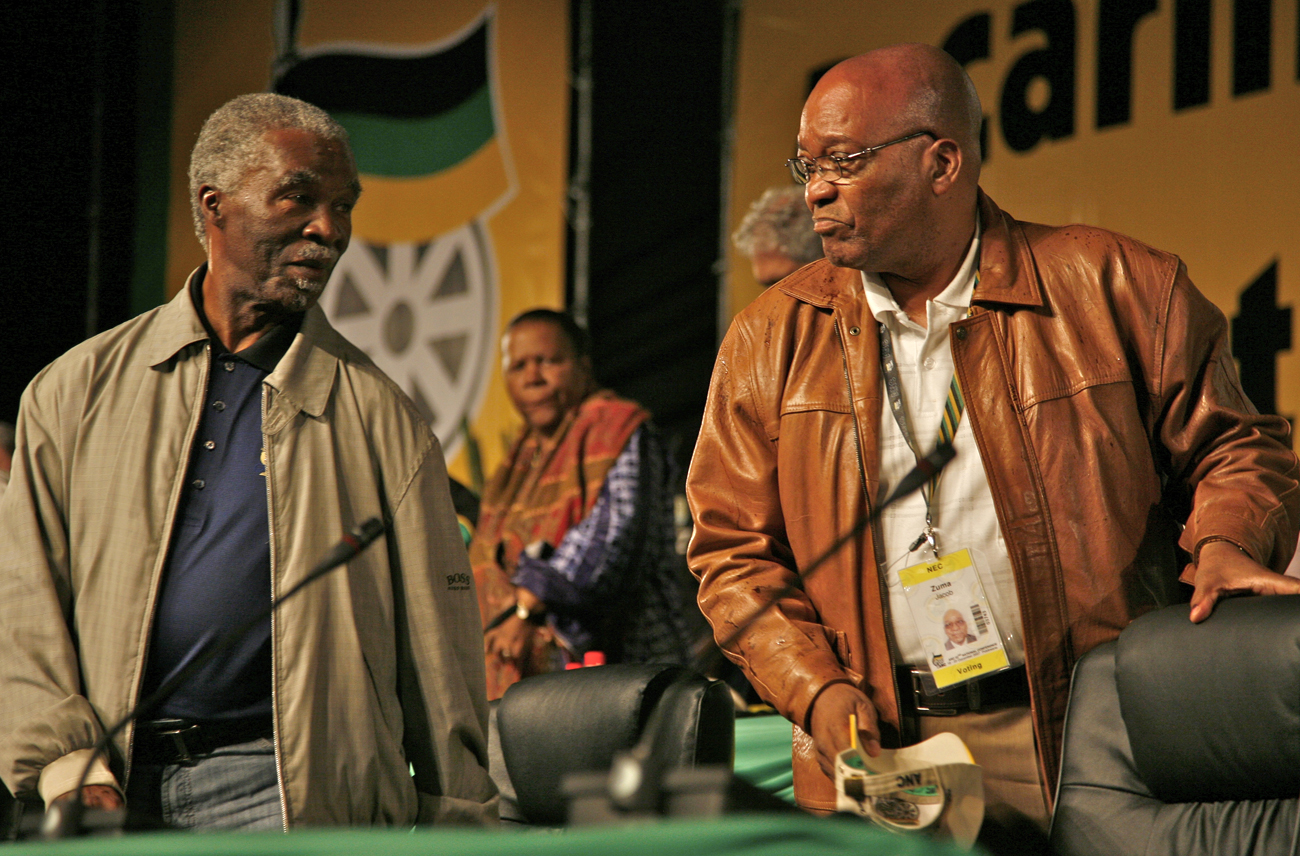 What kind of terrible secret still needs to be kept a secret eight years later? What can be so gobsmackingly important about Zimbabwe’s 2002 elections that the President needs to keep it under wraps? And who would have thought there’d be anything on which Jacob Zuma and Thabo Mbeki would agree?

We may have a few theories about what secrets the Presidency does not wants released to the Mail & Guardian. Does Mugabe also have a secret nuclear programme with the Israelis? Maybe that secret cellar under his house? Is it true he’s had it decked out all in pink with the Village People’s “YMCA” playing on repeat?

But we kind of know already. That Mugabe stole the 2002 elections, and that our government, knew it and did nothing. To put it another way, is this report the smoking gun pointing at the head of “quiet diplomacy”?

But let’s start at the beginning. In 2002, then all-powerful President Mbeki asked judges Dikgang Moseneke and Sisi Khampepe to cross the grey-green-greasy and watch the elections. They did. They produced a report. They gave it to the president. And no one else. And that’s where it’s lain since.

Anything secret sounds interesting. If the report says, as it presumably does, that the election was rigged and South Africa shouldn’t have recognised the result, but Mbeki ignored it, well, that would look pretty bad, wouldn’t it? If it says something else, such as Zimbabwean soldiers were behind the cash heists in Johannesburg, you would have, in the view of much of the population, enough reason to question the sanity of SA’s policy on Zim. And yes, perhaps Zuma would be right to keep that secret, for now at least.

Then the Mail & Guardian newspaper, wonderfully bloody-minded as it is, decided it would be nice to have a peep at the report. It asked to do so in its name, and in the name of its then editor Ferial Haffajee. It paid its R35 under the Promotion of Access to Information Act and watched its letter box closely. Alas. They were eventually refused, and in case they missed it the first time, when the Presidency says no, it means it.

So there we all were in the North Gauteng High Court on Monday, with lots at stake. If the Presidency wins this, it’s tickets for all similar applications, which could really stymie the use of the Promotion of Access to Information Act.

But as always with lawyers, the case doesn’t look likely to hinge on whether it’s in the public interest for this report to be released, or on whether there is actually something explosive within it that could affect our international relations for generations to come. Nope, it’s going to be a technicality. But it’s an important one.

The Presidency claims the two judges were acting as “Presidential envoys” when they went to Zimbabwe. This means they were actually his “embodiment”, that they were there to do what he would have done if he were there himself. You would think that makes sense.

And this is why M&G pays Jeremy Gauntlett the big bucks. Because he read his little copy of the Constitution. And, as he understands it, there’s this little thing called separation of powers.

In other words, a judge cannot act for the President. Oops.

But wait, there’s more. The Presidency has offered up no documentation about how the two judges were asked to perform this task, what their actual role was, who asked them, in what capacity they went etc. Which means, as Gauntlett puts it, “It must have been then Chief Justice Arthur Chaskalson” who would have given them permission. But, just a month before they left, Chaskalson, writing for the majority of the Constitutional Court in a little matter involving then Judge Willem Heath and his investigating unit, had literally written the book on why a judge cannot perform the functions of the executive. It was quite a cause célèbre at the time.

Basically, Gauntlett says, the Presidency is asking us to believe Chaskalson wrote this judgment one month, and was quite happy to send these judges off on a Presidential mission the next month. This, to use a favourite Gauntlett phrase, is “nonsense on stilts”.

Gauntlett’s wonderful when he’s in full flow, one of those guys from whom every sentence is a statement, an opinion and a quip thrown into one. He spoke about how the Presidency was relying on “adjectival spin” when it came to whether the judges were “Presidential envoys” or not, and how it just “wittered on” about nothing. He manages to make a very dry subject quite funny.

The Presidency’s Marumo Moreane does not, as usual. He doesn’t see anything wrong with the judges acting for the President. But Acting Judge Stanley Sapire pulled him up pretty quickly, and hinted that in his view, they simply couldn’t have been acting as Presidential envoys.

Sapire’s also worried that he cannot make a decision without seeing the report himself. Hell, we’d all like to see the blasted thing. But he may manage to do that this week, and then make his decision.

But the issue of access to information and executive’s obstruction is unlikely to go away. Whatever the result, it is likely to be appealed. It could go all the way to the Constitutional Court, so a few more years could pass before we actually see this report.

We still have to ask why the knee-jerk secrecy, though. There is something terrible lurking among those pages, secrets that could help re-write the history of Zimbabwe and South Africa. One thing is certain though: The truth will out.