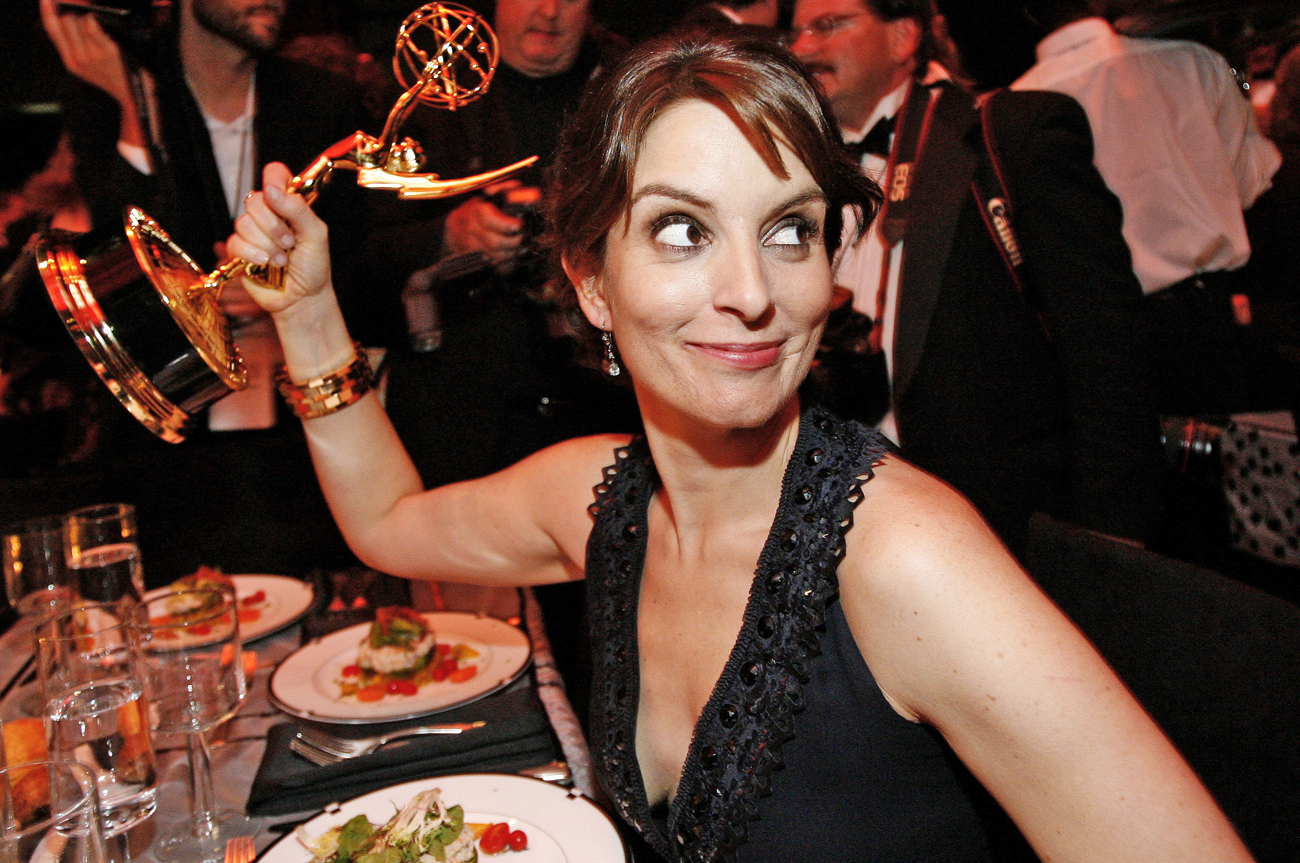 Christopher Hitchens once famously asked: “Why are women, who have the whole male world at their mercy, not funny?” and declared those that were funny hefty, dykey or Jewish. Hitch, say hello to the Tina Fey. She’s straight, slim, Greek Orthodox and possibly the most powerful funny woman in show business today.

Tina Fey has a lot to thank Sarah Palin for. For a long time Fey was the thinking man’s crumpet and the clever comedy writer that intelligent women admired. The first female head writer for “Saturday Night Live”, prior to her Palin satires, Fey was famous in a limited way that meant she wasn’t über-exposed. She’d done well with “30 Rock”, but the show was more of a hit with the critics than a ratings magnet.

But Fey’s fortunes changed when John McCain chose Palin as his running mate. The world soon found out that Palin was channelling stupid, and Fey started channelling Palin on SNL in a series of parodies so perfect it was difficult to tell where Sarah Palin ended and Tina Fey started. “For years I’d been physically compared to Nana Mouskouri, although there’s not much you can do with that these days, so Sarah Palin was a real gift,” Fey quipped during an interview with The Independent.

Fey did Palin with Amy Poehler riding shotgun as Hillary Clinton in September 2008. The comedy sketch proved a viral sensation clocking up 5.7 million views in a couple of days, becoming NBC.com’s most-watched video of all time. The Palin impersonation would win Fey an Emmy and global acclaim. “I think my level of fame will drop back down,” Fey told Esquire after the frenzy. “I think it’ll recede. In fact, I know it will. That’s life on planet Earth. And I’m okay with that. Besides getting tables at restaurants and special treatment at the airport, what else is there?”

Part German, part Scottish, part Greek and a whole lot of funny, Fey (who was born Elizabeth Stamatina) should get used to fame because it is not likely to go away soon. She studied drama and then did improvisation comedy before joining the writing staff of SNL, the same show that launched Bill Murray, Chevy Chase and Adam Sandler. In 2002 Fey would pitch a new concept to NBC for a show that was based on her experiences as a writer for SNL. It would take four years before “30 Rock” would get the green light and prove a critical success. The show would struggle to get good audience ratings with New York Magazine saying: “30 Rock remains that kind of fragile suckling that critics coddle but that America never quite warms up to”.

The show would go on to win a slew of awards despite the fact that some of its catch phrases were “written” by Fey’s four-year-old. “We’ve incorporated several things she’s said. I think it’s because I bore everyone to tears in the writer’s room with stories about her that subconsciously it gets into their brains. But, yeah, things like ‘I want to go to there’ and ‘touch my knee’s butt’ are all her work. One of these days she’s going to figure it out and start charging,” Fey told The Independent.

Small screen aside, Fey’s rising popularity is said to have set off a bidding war among publishers who were reportedly throwing millions at her to write a book. Little, Brown & Co is reported to have done a deal with Fey worth more than $5 million for a Nora Ephron-styled collection of comic essays.

Then there are the movies. Fey wrote the screenplay for “Mean Girls” in which she starred alongside Lindsey Lohan and Rachel McAdams. She’s also starred in “Baby Mama”, “The Invention of Lying” with Ricky Gervais, and more recently in “Date Night” with Steve Corell.

Fey’s advice to other woman who want to get into comedy? “There are a couple of things I want to impart to ladies who want to be in comedy. One, you don’t have to be weird or be quirky to get your job done. And two, comedy skill is not sexually transmittable. You do not have to sleep with a comedian to learn what you’re doing. Male comedians will not like that advice, but it is the truth.”

Not too shabby for a funny woman who’s just turned 40, hey Hitch?

Read more: “Miss Tina Regrets” in Vogue. “Tina Fey: The queen of comedy” in the TimesOnline, The Independent, “Tina Fey – From spoofer to movie stardom”.