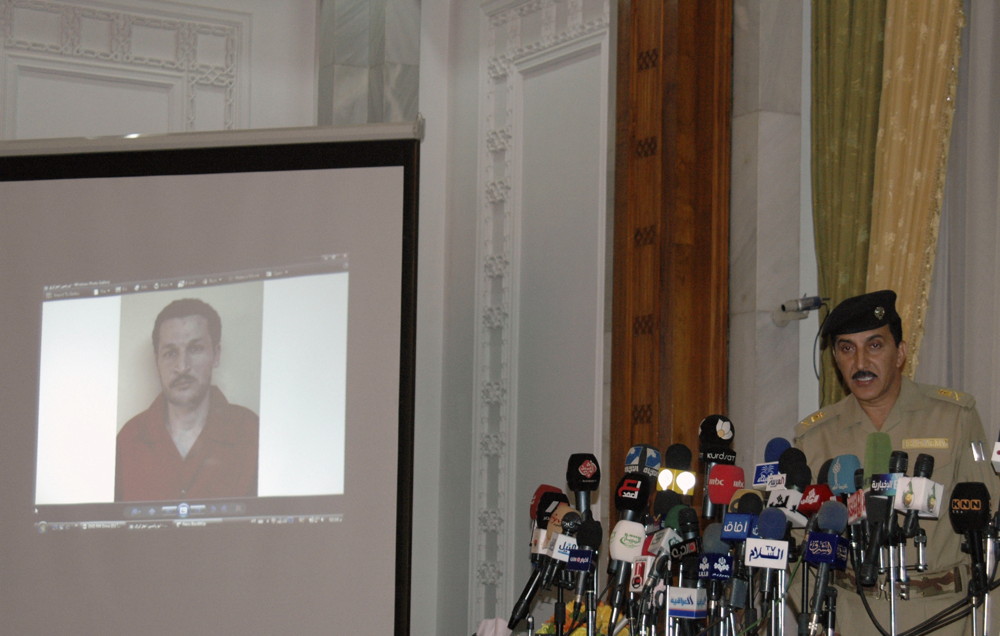 There is a lot of Middle Eastern politics behind claims, this week, that the World Cup was being targeted by a (now incarcerated) Al Qaeda old hand. Not that it matters, just like it doesn't really matter whether the plot was real or would succeed in any significant way. Once this genie is out of the bottle, it's hard to put back in again.

It has been the deeply chilling plot element in films like “Black Sunday” and “The Sum of All Fears”: a major sporting event brings together the high, the mighty, the powerful, the deeply iconic and symbolic – plus a hundred thousand more people as extras – as a stadium becomes the target of a horrific terrorist attack. No one wants to be an extra in that reality show.

It wouldn’t take much to turn heads either. You may recall how the “small” explosion in Atlanta during that city’s Olympics nearly overwhelmed the sporting story unfolding all around it. And now, the haunting spectre of such an attack on South African soil during the 2010 World Cup has been raised as a result of an arrest in far-away Baghdad. It turns out you don’t even need an explosion in the first place; once out, such fears are hard to bottle back up.

Presumably South Africa was never meant to be the target, seeing that we have no particular dog in the fight in Baghdad. Rather, the goal would be the massive blast of publicity for a Middle East-related cause that such an attack would generate, as well as to teach somebody a lesson about who is safe, and who is not, via “collateral damage” (as we have come to coldly describe maiming and killing of innocents.) It would be a story that made use of the all-pervasive, world media attention locked on like a laser beam to South Africa’s hosting of the tournament, but giving the assembled writers a very different story to write.

And so, in what could be either deeply reassuring or very unsettling, depending on whether a secret cabal is still out there or such a plot has been nipped in the bud, Iraqi Major General Qassim al-Moussawi announced on Monday that Iraqi forces have detained an Al Qaeda operative suspected of planning an attack on the 2010 World Cup in South Africa.

The arrest of this Saudi national comes as relations between Sunni Moslem Saudi Arabia and predominately Shiite Iraq have hit a real rough patch, especially after former Saudi intelligence chief Prince Turki al-Faisal accused Iraq’s prime minister of hijacking the country’s March election. Prince Turki said then that “adding to the brutal mayhem taking place there, we are watching a deliberate effort on the part of the incumbent Prime Minister, Mr. Nuri al-Maliki, to hijack the results of the elections and deny the Iraqi people their legitimately elected government.” That’s not particularly neighbourly, now is it?

Over the past year, Iraq has been the subject of an up-tick in violent incidents – after several years of generally declining violence – despite (or, perhaps, because of?) the killing of two top Al-Qaeda figures in Iraq.

South African police spokesman Vish Naidoo, meanwhile, denied Iraq had notified them of al-Qahtani’s arrest: “We have not received any official reports from them. Whatever arrest they made there, they know, we don’t know anything about it.” And a spokesperson for the American Embassy in South Africa declined to offer anything more than the standard, tight-lipped response: “We do not comment on intelligence matters.”  Meanwhile, according to media reports, US military officials in Iraq had no knowledge of the allegations, nor did US intelligence officials in Washington. Naidoo added that the first police here had heard about the claims was in media reports out of Iraq. “The police will investigate the allegations and we will check with the authorities that apprehended the suspect,” he said.

Earlier on Monday, the South African police, emergency services and the military had organized a massive public demonstration of force in Sandton’s central business district to demonstrate their readiness to provide the level of security needed by the upcoming sports extravaganza. Police minister Nathi Mthethwa had insisted “South Africa will be hosting the whole world, and therefore will take no chances.”