Zuma, one year on: A view you wouldn't entirely expect

Zuma, one year on: A view you wouldn’t entirely expect 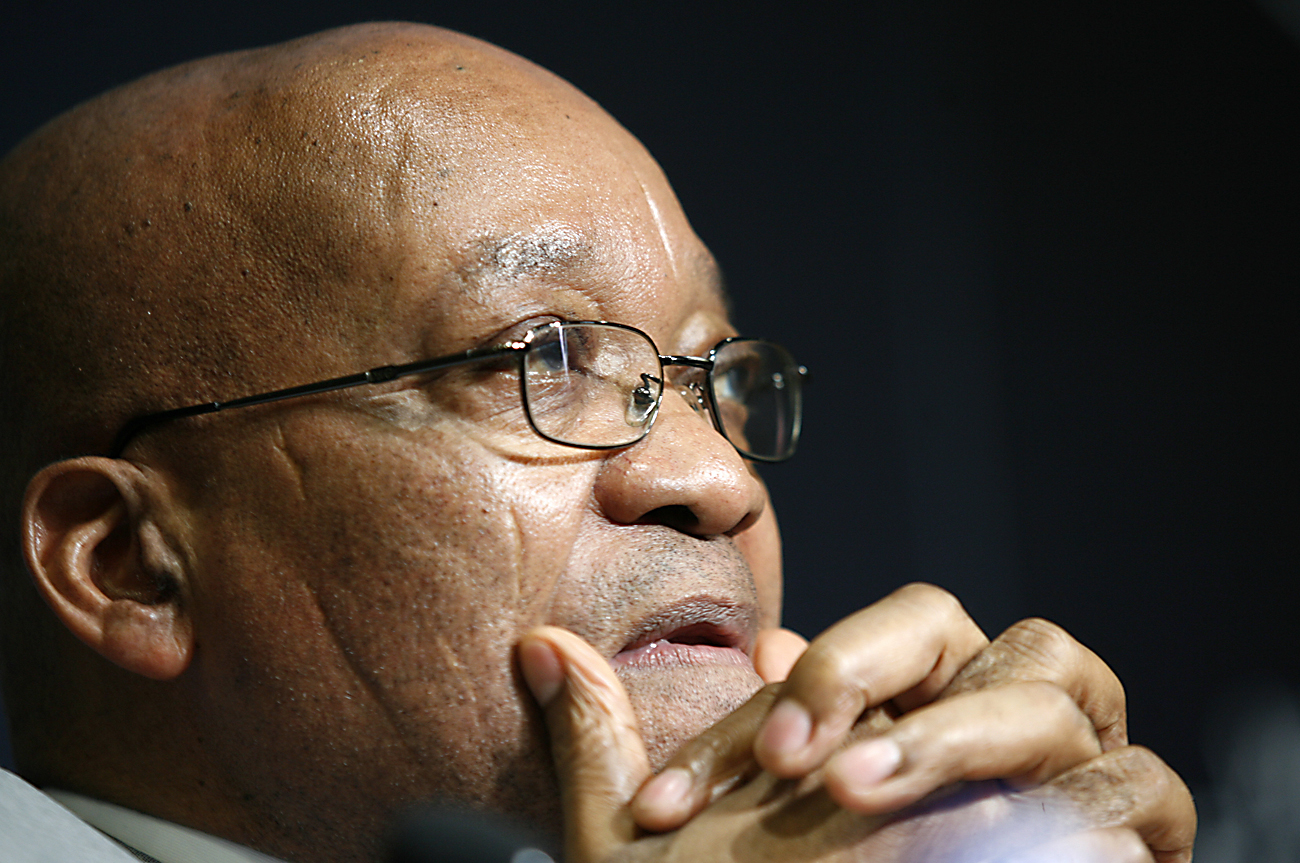 It’s already clichéd to say President Jacob Zuma has been a disappointment. You’ll see it in discussion forums, in all the weekend papers and particularly on the cover of the Financial Mail. Much of what is said is absolutely true. But he’s being measured against the wrong standards.

To really judge Zuma one year on, it is important to remember what people were expecting of him. Remember, just after Polokwane, the lights were going out, and Gwede Mantashe was going on about counter-revolutionary judges and the evils of inflation targeting. Or even just before Polokwane, most middle-class people thought the end was nigh. Compared to those expectations, Zuma’s actually done pretty well. He’s shown that there’s been no huge need to stock up on canned goods. Although a generator or two, perhaps a water purifier too, may not be a bad idea.

There are three main areas in which we can judge a president. Admittedly, they are pretty broad categories, but we’ll use them for now.

Zuma has done very well in the first category. As a middle-class used to the minute-by-minute reporting of political conflict, and the concentration on things like economic policy and judicial independence, it’s easy to forget that for many people, it really is about services on the ground. And here, that’s about Aids. And schools. And while Angie Motshekga would not be our first choice to sort out schools, Zuma himself has done pretty well here. He’s completely turned around Aids policy, and publicly pushed for testing. Incidentally, he still got stick for his trouble. He’s also managed to give hope to those who suffered the most because of Mbeki’s diabolical mistakes.

Zuma’s also made the fight against crime a presidential priority. For him, violent crime “is something that makes me to burn”. And it shows. Ministers routinely pitch up at funerals of crime victims, and police officers who die in the line of duty. For victims of crime, and for people simply too scared to walk around at night, the impact of this cannot be over-emphasised.

Simply put, Zuma has tried very hard to improve the daily lives of many people in this country. You can argue with that if you like (and this reporter is ready for the Twitter abuse), but it is true.

However, President Zuma has done very poorly in the checks and balances section; quite frankly, as was expected. His appointment of Jeff Radebe as justice minister was the writing on the wall. Zuma trusts Radebe implicitly, and for the rest of us he can be difficult to trust. Way too often, Radebe’s prone to saying the wrong thing, and then, surprisingly, seems to sometimes do the right thing. This was demonstrated with the judicial service commission’s Constitutional Court hearings. If ever there was a chance to hobble the judiciary, this was it. And the temptation was avoided.

But the appointment of Menzi Simelane as national prosecution authority boss is a continuing disgrace. He’s a weak individual, who still believes that the executive, that would be Zuma, is able to have a hand in prosecutorial decisions. He’s the wrong man for the job, and Zuma was wrong to appoint him. And the mess Simelane is making of the NPA could set back efforts to prosecute criminals for a generation. The experienced lawyers are leaving, and in law, experience matters. Simelane will stay on for as long as he’s useful, but eventually Zuma will have to get rid of him, and no one will mind. While it is a great deal for Zuma, it is crap for everyone else.

The warm fuzzy stuff is where Zuma has done pretty well. He’s made a point of making sure that minorities, for which you can read whites if you like, feel a part of the country too. Gone are the days when racism was blamed for everything, when presidential missives on a strange website were directly aimed at certain parts of the population. The racialism of our politics from the highest office in the land has gone. He’s given the whole country a hug, when it’s needed it.

Zuma has also, partly because he’s not nearly as politically strong as Mbeki was, allowed our society to open up. The president in most democracies is a lightning rod for debate – anything he says sets the tone for it. And Zuma has done that well, with some grace, and with an acceptance that some South Africans will disagree with him. He’s removed the thumb that was holding down so many voices in the country. He’s even stepped into school discipline, the idea that people have too many rights and not enough responsibility, and the vexed issue of culture. We’re the better for it.

The main criticism these days against Zuma is that he is politically weak and indecisive. It’s a strong criticism, it goes to the heart of many of the political problems that we face, and it’s completely valid. This also goes to the heart of problems within the ANC, that it’s too broad a church, and that as a “multi-class organisation with a bias to the poor” it has inherent contradictions. Zuma is not managing the church well. And that is the biggest threat to him as president, and to an extent, to us as a country.

Zuma is seen by many as a disappointment, for perfectly understandable and valid reasons. Malema and company are being allowed to rage unchecked for way too long, the country’s infrastructure is crumbling and another child born out of wedlock did not help.

But he must also be measured against the expectations we had of him when he came into power. We’ve seen very little of those nasty dictatorial instincts that can herald real trouble. It’s difficult to think the DA would use the billboard “Stop Zuma” if there were elections tomorrow. And that’s because our worst fears have not been realised. (Well, not yet, at least. – Ed)