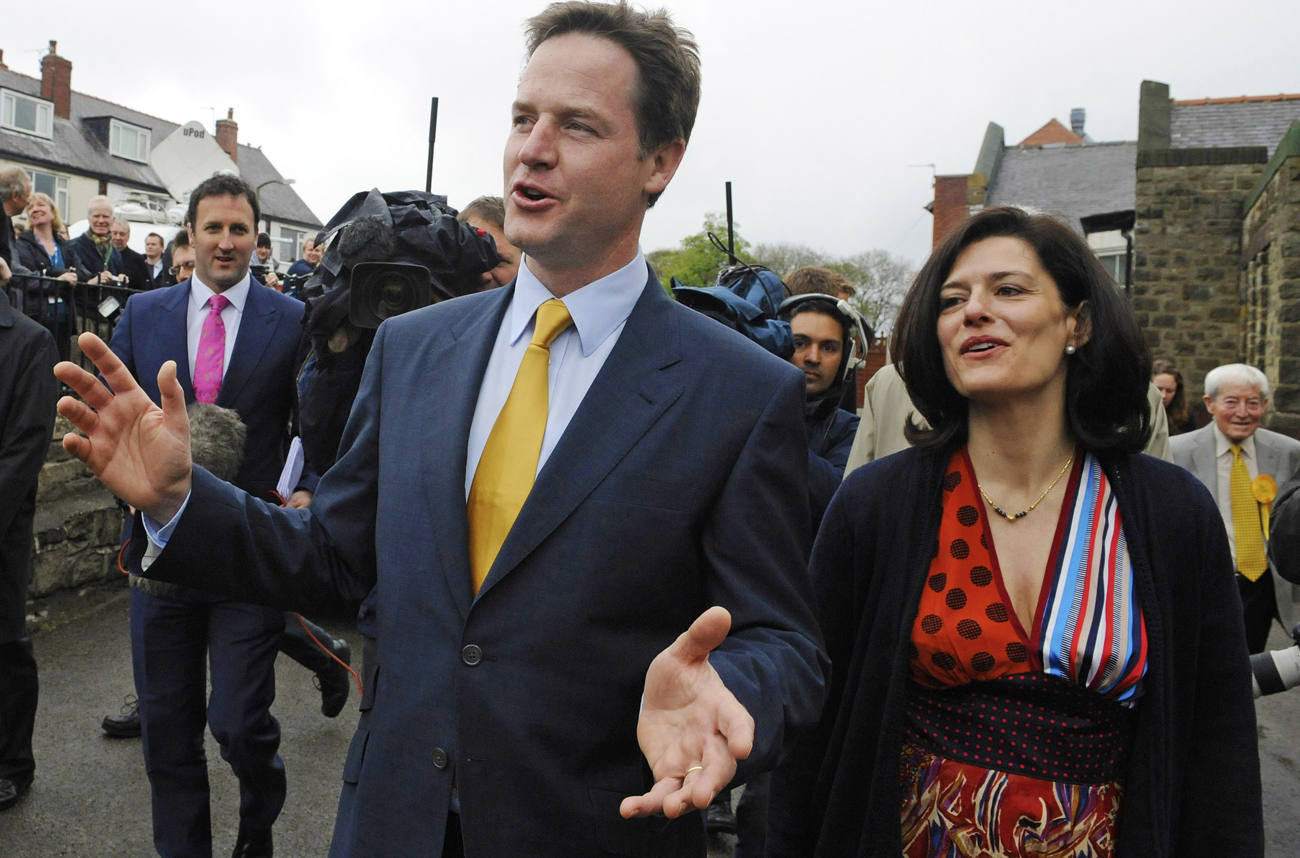 Britain has tremendous debt problems, but even with deadly riots on the streets of Athens, the UK economy is the least candidly discussed topic among Labourites, Conservatives and Liberal Democrats slugging out the last hours of a general election campaign. Britain’s deficits are second only to those of Greece in size, and this might be a good election to lose. The turmoil in markets over Europe’s economic health means that whoever wins will be forced to make deep and unpopular cuts. The Tories appear to be in the lead, but the closely contested election could produce a hung parliament, or fractious coalition government that could delay important economic decisions. Britain may yet be forced to go to the International Monetary Fund for help, after taxpayers spent hundreds of billions of pounds bailing out the country’s errant banks and building societies. But that’s a real embarrassment for one of the richest nations in the world, so expect politicians to avoid the subject.

Photo: Britain’s Liberal Democrat party leader Nick Clegg gestures as he stands with his wife Miriam Gonzalez Durantez after casting their vote at a polling station in Sheffield, northern England May 6, 2010. Britons began voting on Thursday in what is forecast to be the closest election since 1992, with the opposition Conservatives struggling to convert their opinion poll advantage into an outright majority. The six latest newspaper polls put the Conservatives between six and nine percentage points ahead of Labour, making them the largest party, but denying them outright control. REUTERS/Nigel Roddis

The Greek debt crisis is fast turning into a Greek tragedy, with violent protests causing the deaths of three people who worked at a bank that was set on fire. Greece could now become split over the effects of the financial crisis, with a backlash against extremists who are seen to be using the anger over financial cutbacks as an excuse to attack the state on other fronts. The demonstrations have drawn tens of thousands of people into the streets as part of a general strike that’s shut down airports, seaports, schools and hospitals. Such protests have largely been peaceful in recent months, but now it seems that violent and unidentified others carrying crude weapons have joined the throngs. They’ve subsequently led efforts to storm parliament, hurling rocks and petrol bombs. The deaths of the bank employees shocked many in Greece, with people now saying that protests are one thing, but killings are another. The deaths have had an immediate effect on world markets, sinking the euro to a 14-month low on fears the unrest could spread to other debt-ridden European economies.

Few are ever sure where North Korean leader Kim Jong-il is or what he’s doing, but one television camera filmed what’s believed to be his bulletproof train as it entered China this week. Chinese media haven’t confirmed this, but South Korean or Japanese television cameras are usually the first to confirm such clandestine visits. China’s foreign ministry never has any information to offer until a visit is done and dusted, but this time foreign journalists seem to have captured a journey by the boss of the diplomatically isolated and economically strait-jacketed country. Despite the close attentions of Chinese police officers, the hacks have managed to track Kim’s movements from a luxury hotel and a car factory in the Chinese port city of Dalian, to the official state guest house in Beijing. The rest is guesswork.

Mullah Abdul Ghani Baradar, the most senior Afghan Taliban leader held by Pakistani authorities, is said to be giving American officials a much more nuanced view of the strategy the Taliban’s supreme leader, Mullah Muhammad Omar, is developing for negotiations with the Afghan government. The US has hinted that negotiations might be needed to end the eight-year conflict so, although Mullah Baradar’s apparently not revealing details of Taliban combat plans, he may still be vital to this effort. American commanders are preparing for a military operation around Kandahar, the Taliban’s main base and Afghanistan’s second largest city. But in describing in detail how the Afghan Taliban’s leadership council in Pakistan interacts with the organisation’s broader leadership, Mullah Baradar may be the link that breaks the chain of violence.

The man who is suspected of attempting to bomb Times Square seems to have lived in two different worlds. As a naturalised US citizen, he gained an MBA degree from an American university, but in Pakistan he had an arranged marriage to the daughter of a prominent Pakistani family. At their wedding some men and women danced together, which one guest said was rare at that time. But later, in the US, Faisal Shahzad and his bride bought a brand-new house for $273,000 and a Facebook page seems to capture a couple embracing the American dream. Authorities want to know where things went wrong, and reports say people who knew the couple both in the US and Pakistan claim he became more reserved and more religious of late, as he faced apparent financial troubles.