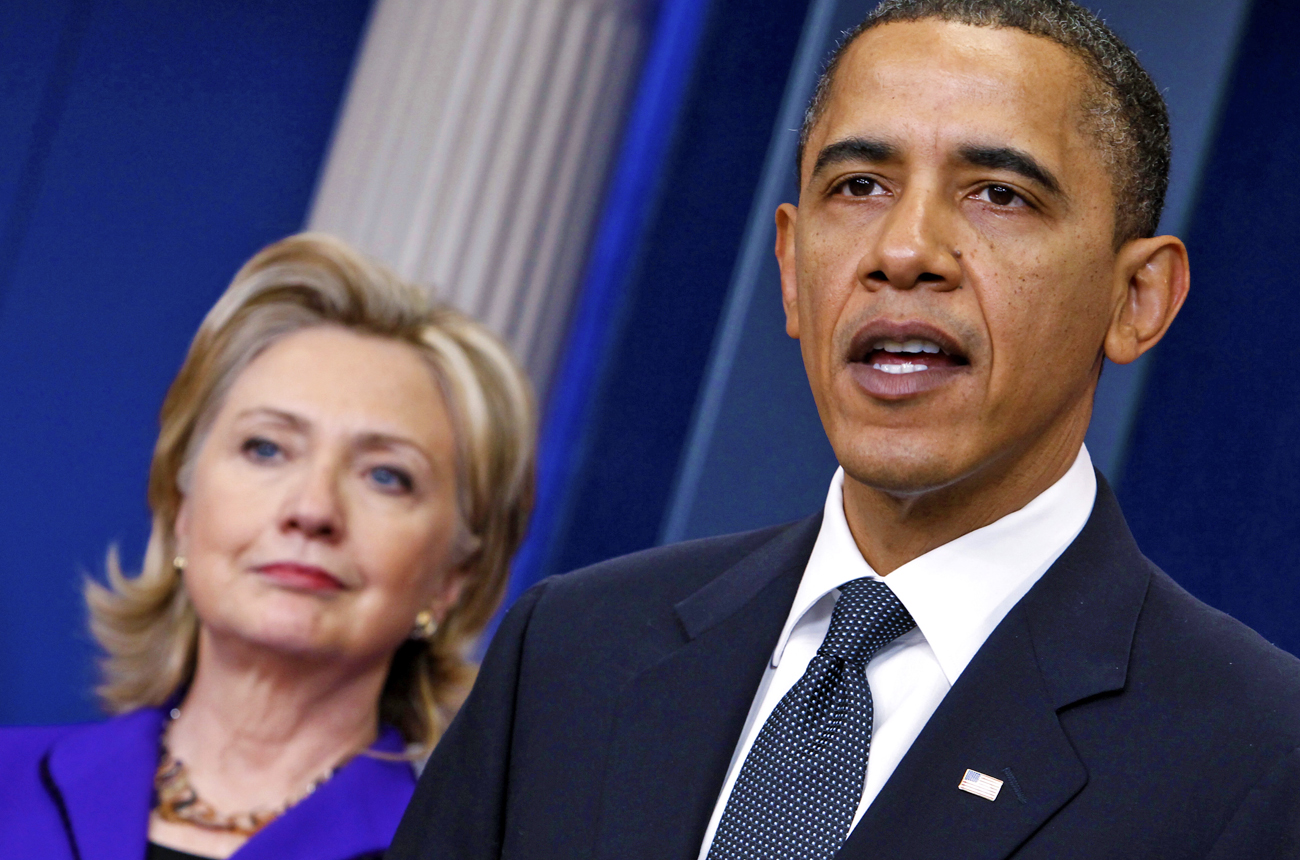 The US has admitted to the world at large that it has 5,113 short- and long-range nuclear warheads in its stockpile, along with thousands of “retired” warheads waiting to be junked. The administration of US President Barack Obama gave an unprecedented accounting of America’s atomic stockpile going back to 1962, in order to get other nuclear nations to come clean, and improve its leverage against the prospect of a nuclear Iran. Secretary of State Hillary Rodham Clinton disclosed the numbers at a UN conference on limiting the spread of nukes, after such information had previously been regarded as top secret. The current stockpile is 75% smaller than it was in 1989, so that presumably makes the world a safer place, despite the overkill ratio still guaranteeing nuclear oblivion. And that’s just the US stockpile.

German Chancellor Angela Merkel’s Cabinet has jumped on the bus of the Greek bailout, after being the least willing European country to do so. Now, Germany will provide Greece with nearly $30 billion over three years as part of a wider bailout involving other EU nations and the International Monetary Fund. The Germans have ultimately recognised that Greek default on debt repayments could send the common euro currency into a vortex, hurting Germany’s own efforts to claw its way back from the global recession. Merkel said as much, claiming that the loan doesn’t only mean that Germanys is helping Greece, but is stabilising the euro as a whole. Ratings agency Standard & Poor’s recently relegated Greek bonds to junk status, so the Germans had little choice but to get in on the bailout, despite many feeling that the Greeks had massively overspent in past years and dug their own economic hole. Germany’s contribution is 28% of the overall debt relief package of $145 billion agreed by European governments and the IMF last weekend, after Athens submitted to a new round of austerity measures that incensed Greek workers. The draft law will now be debated by both houses of Germany’s parliament, and Merkel wants it approved quickly.

Flights in and out of the Irish Republic have been grounded because of fresh risks from volcanic ash, weeks after the eruption of an Icelandic volcano. Airspace over Northern Ireland and Scotland’s Outer Hebrides island chain was also closed, but flights in the rest of the UK are operating normally. A new ash plume is drifting south as EU transport ministers meet in Brussels to discuss ways to improve European air traffic management in the wake of the chaos caused by Iceland’s Eyjafjallajokull volcano last month. Flights in the Irish Republic should resume later today. In April, tens of thousands of passengers were stranded abroad when Europe’s airspace was closed for six days as a result of a glassy, ash cloud from the eruption, that aviation authorities feared would clog jet engines.

In what sounds increasingly like a battle between “Big Brother” and the country’s citizenry, China will target online information from “overseas hostile forces” as a means to tighten Internet controls. The government hasn’t provided details on the new crackdown, but the usual suspects including political and human rights activists, those who want to free Tibet from Chinese rule and others who try to undermine Communist Party power, will feel the heat. But pornography will also be hit, although that definition can be widely applied in China, along with subversion, gambling, fraud and other offenses. Authorities also target online drug rings. China has the largest number of Internet users in the world — more than 400 million — with reports saying some 230 million of those gain access through mobile phones. China has also strengthened a law to require telecommunications and internet companies to inform on customers who discuss state secrets. That means just about anything, as it’s an area so broadly defined that no one knows quite what a state secret is. Last year’s crackdown on the Internet netted more than 5,500 suspects. In earlier legislation this year, government said that individuals who want to operate websites must meet in person with regulators and submit photos of themselves. Scary stuff.

US and Iran trade blows over nukes

Iran and the US traded blows in the UN General Assembly over the Islamic republic’s nuclear programme, during an international conference to review the world’s Nuclear Non-proliferation Treaty. Iranian President Mahmoud Ahmadinejad was the only head of state attending a meeting usually left to foreign ministers, and he used the occasion to attack the American view that his country is a nuclear outlaw. US Secretary of State Hillary Rodham Clinton weighed in, accusing Iran of hiding its nuclear violations under a screen of peaceful civilian research, claiming Tehran shouldn’t be allowed to undermine the 40-year-old treaty. The US is trying to impose a new round of sanctions on Iran, which has repeatedly dismissed UN efforts to make it come clean over its nuclear intentions. UN secretary general, Ban Ki-moon, says because more countries aim to become nuclear nations, new problems such as possible nuclear terrorism make the treaty more important than ever.