Murdoch can’t have The New York Times, so tries to ma...

Murdoch can’t have The New York Times, so tries to maim it 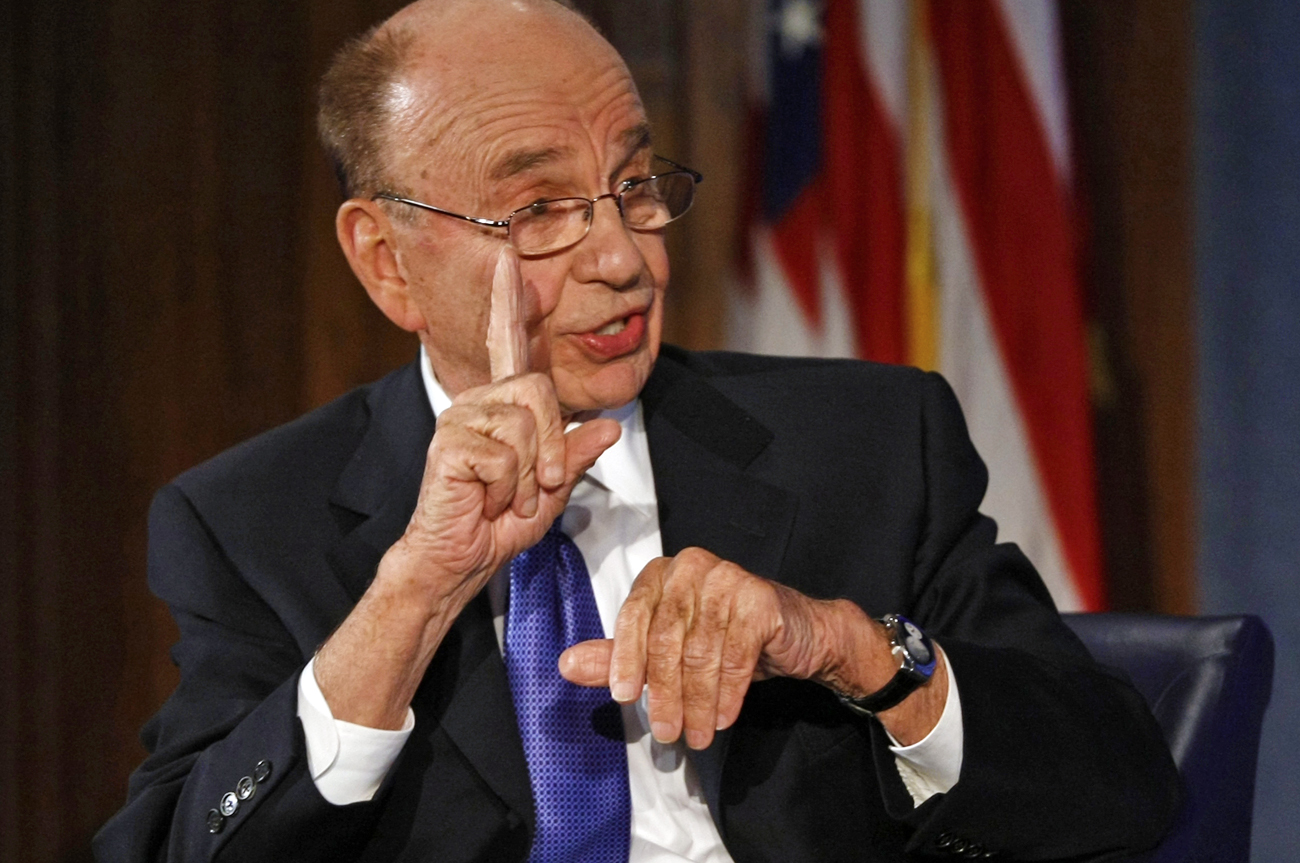 Rupert Murdoch and The New York Times publisher Arthur Sulzberger have been at one another’s throats lately. With the Wall Street Journal launching a metro section to rival that of The Times, the battle’s now getting even more intense.

The enmity between media mogul Rupert Murdoch and The New York Times publisher Arthur Sulzberger is the kind of material any biographer would salivate over. Murdoch, who’d love to own America’s paper of record, has been virulently mocking the younger Sulzberger for years. Over the last few months, however, things have reached a whole new level. In March, Murdoch’s Wall Street Journal suggested that Sulzberger was a girly man. An article ran in the Weekend Journal on how women from healthier populations prefer feminine-looking men, and it was illustrated by a grid showing the female facial features of a cross-section of these men. Sulzberger’s dimpled chin appeared in the bottom quadrant. Photo: Sulzberger’s chin appears at the bottom part of the grid published at Weekend Journal.

So it came as an opportunity too good to pass up when, in late April, the Journal announced it would be launching a metro section to rival that of the Times. “After 120 years of existence, The Wall Street Journal this morning has finally decided to cover New York north of Wall Street,” Sulzberger and The New York Times Co. CEO Janet Robinson wrote in an internal memo to staff. “In the spirit of journalistic camaraderie, we welcome the Journal’s new local section. The New York Times has been the paper of record in New York for nearly 160 years, and we know just how difficult it can be for start-ups to develop a following.”

Then, after reminding staffers of the Times’s strength in the marketplace amongst readers and advertisers, the memo got real nasty.

“So as our welcome gift to New York, we pass on a few helpful hints to our Journal colleagues: the Dodgers now play in Los Angeles, Soho is the acronym for South of Houston, Fashion Week has moved to Lincoln Center, Idlewild is now JFK and Cats is no longer playing on Broadway. If you happen to know anyone who works for the Journal’s new section and he or she wants any additional information about the greater New York region, tell them to check out NYTimes.com’s always very helpful archive.” The battle, most certainly, is on. The Journal’s “Greater New York” section was launched in lavish style on Monday in the grand ballroom of The Plaza hotel, with a breakfast of bagels and quiche, which was followed the same night by a launch party at Gotham Hall. At the party, the New York Observer’s John Koblin asked Murdoch what he thought of Sulzberger’s reaction when the Times publisher had met Journal editor Robert Thomson a few weeks earlier (it was the two men’s first meeting, at Sir Martin Sorrell’s place, and apparently Thomson denied that the face in the Weekend Journal graphic was Sulzberger’s, but then refused Sulzberger’s request to run a clarification).

Here’s what Koblin wrote: “Mr. Murdoch swatted the air disgustedly with his right hand, and said, ‘He should get a life.’”

Murdoch told the same reporter, in response to the question about whether he thought he could kill The Times: ““You can’t kill The New York Times. It’ll be here forever.”

He clearly thinks he can maim it, though. And he’s prepared to spend a lot of money to do just that.