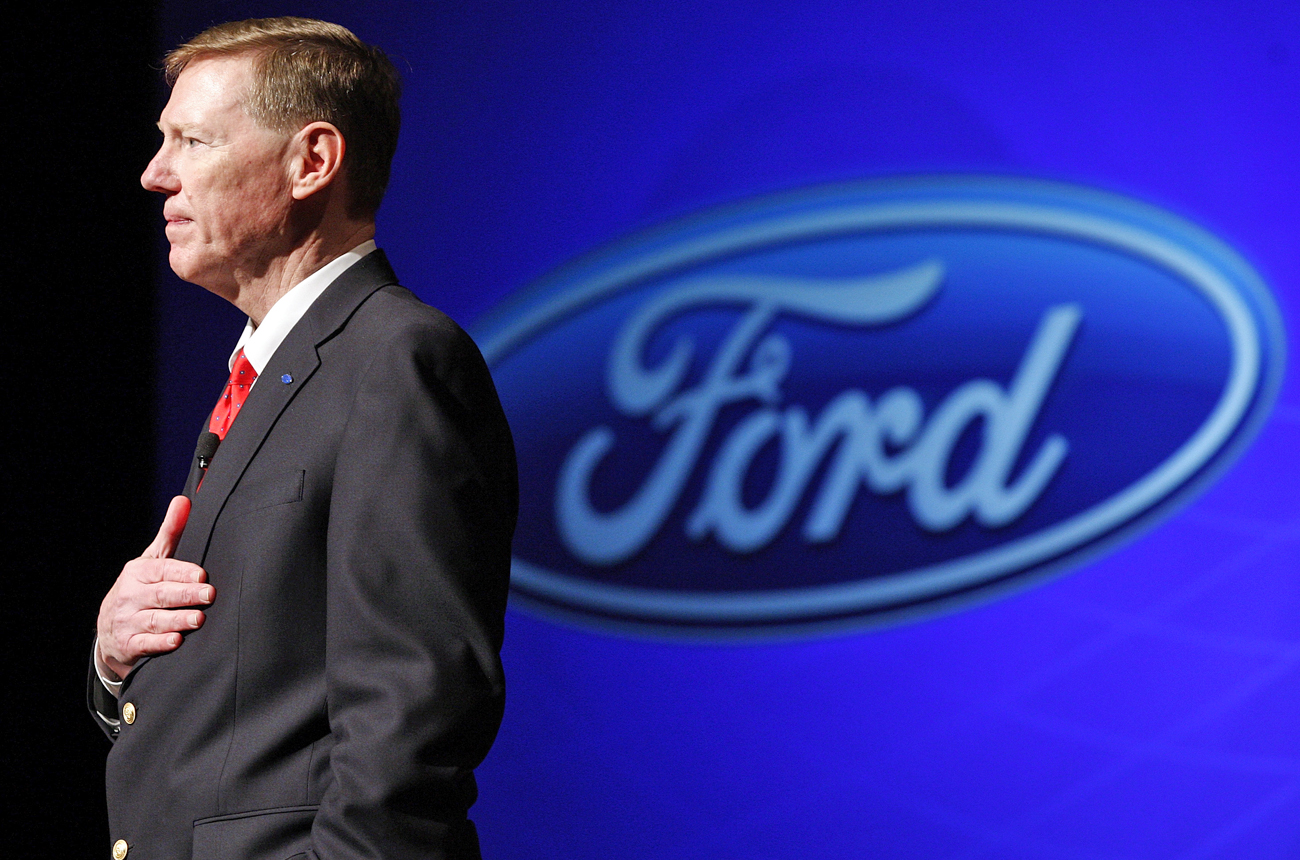 Also today: EU says airlines must fend for themselves after volcanic disruption; American cellular network stirs up industry by easing bandwidth cap; Chavez does U-turn on Twitter as he sees potential for his own tweets; Federal mining regulators promise harsher penalties for safety lapses.

Ford’s first-quarter profit of $2.1 billion, its best quarterly profit in six years, is the company’s fourth consecutive quarterly profit. But the only big American car maker to escape bankruptcy has had to dramatically reduce the size of its operations by closing plants and shedding tens of thousands of jobs to return to expected profitability this year. Ford last earned a quarterly operating profit of $2 billion in 2004, when nearly 17 million vehicles were sold in the US. In 2010, Ford expects sales for the entire industry to be fewer than 12 million, but intends to build 625,000 vehicles in North American plants in the second quarter, or 9% more than the first quarter, and 39% more than the same period a year ago. With the damage done in US markets to Toyota over its sudden acceleration problems, and as General Motors and Chrysler seek to exit the brand damage caused by their bankruptcies, Ford’s focus on products, revenue and cost structure is intended to garner vacant market share.

EU says airlines must fend for themselves after volcanic disruption

The EU has told member governments not to pour emergency aid into airlines hurt by the volcanic eruption in Iceland, unless it’s granted at market rates or in such a way as to immediately improve their cash-flow problems. More than 100,000 flights into and out of Europe were cancelled between 15 and 22 April, causing losses of between $2 billion to $3.3 billion at a time when carriers are struggling to shake off the hangover of the global recession. The EU’s estimate of losses takes into account the damage done to airlines, airports and tour operators, while the International Air Transport Association’s figures show airlines lost $1.7 billion in revenues, before adding up the cost of losses to hotels and meals airlines had to pay for stranded passengers. Air traffic volumes in Europe are now back to normal according to the agency responsible for coordinating European air traffic.

US cellular network operator T-Mobile will end a five-gigabyte-a-month data usage cap on its mobile broadband service as part of an effort to push its 3G HSPA+ network, which can deliver data speeds of up to 21Mbps downstream. But there’s a catch to T-Mobile’s lifting of its 5GB cap as download speeds will slow once clients pass 5Gig. Carriers, such as Leap Wireless and Clearwire already have uncapped usage, but retain the option of throttling data speeds. So T-Mobile’s cut in excess charges for customers should stimulate competition in the American wireless industry, along with possibly ending flat-rate charges for mobile broadband. T-Mobile reckons few users will be affected, as only a very small number of customers use more than 5GB a month. That will soon change, though, as more consumers download ever more data, especially to watch video. That leaves wireless providers to continually re-evaluate how they charge for mobile broadband, given their limited spectrum and exponentially increasing demand.

One of the world’s most high-profile critics of Twitter has now begun using the service. Venezuelan President Hugo Chavez previously dismissed such Internet niceties as folly pursued by capitalist roaders, but the “Commandante” has at last seen the light and opened a Twitter account to wage his socialist propaganda battle online, according to media reports. Chavez denounced the social networking platform as “terrorism” earlier this year, and it’s that kind of ranting and raving that’s likely to win him plenty of followers, whether they believe his diatribe or not. Chavez also reckons golf courses are just capitalist playgrounds and is busy banning them throughout his country. Other world leaders are tweeting already, so by joining the fray, the left-wing populist looks set to let loose. But he’ll have been disappointed to find his user name was already taken.

US federal regulators have told Congress they’ll become more aggressive in enforcing mine safety laws, after a West Virginia mining explosion left 29 miners dead earlier this month. Lawmakers say too many mining companies appeal safety violations rather than correct their problems, and that the system provides financial benefits for delaying tactics. So now they’re vowing to close down repeat violators or shut down sections of mines when inspectors discover serious problems. In a further attempt to reduce stalling by mining companies, the agency has called for a law requiring operators to pay penalties into escrow accounts before appeals are settled. The regulators also want subpoena power to require companies to turn over documents quickly and want stiffer laws that make the threat of jail time real for errant executives.