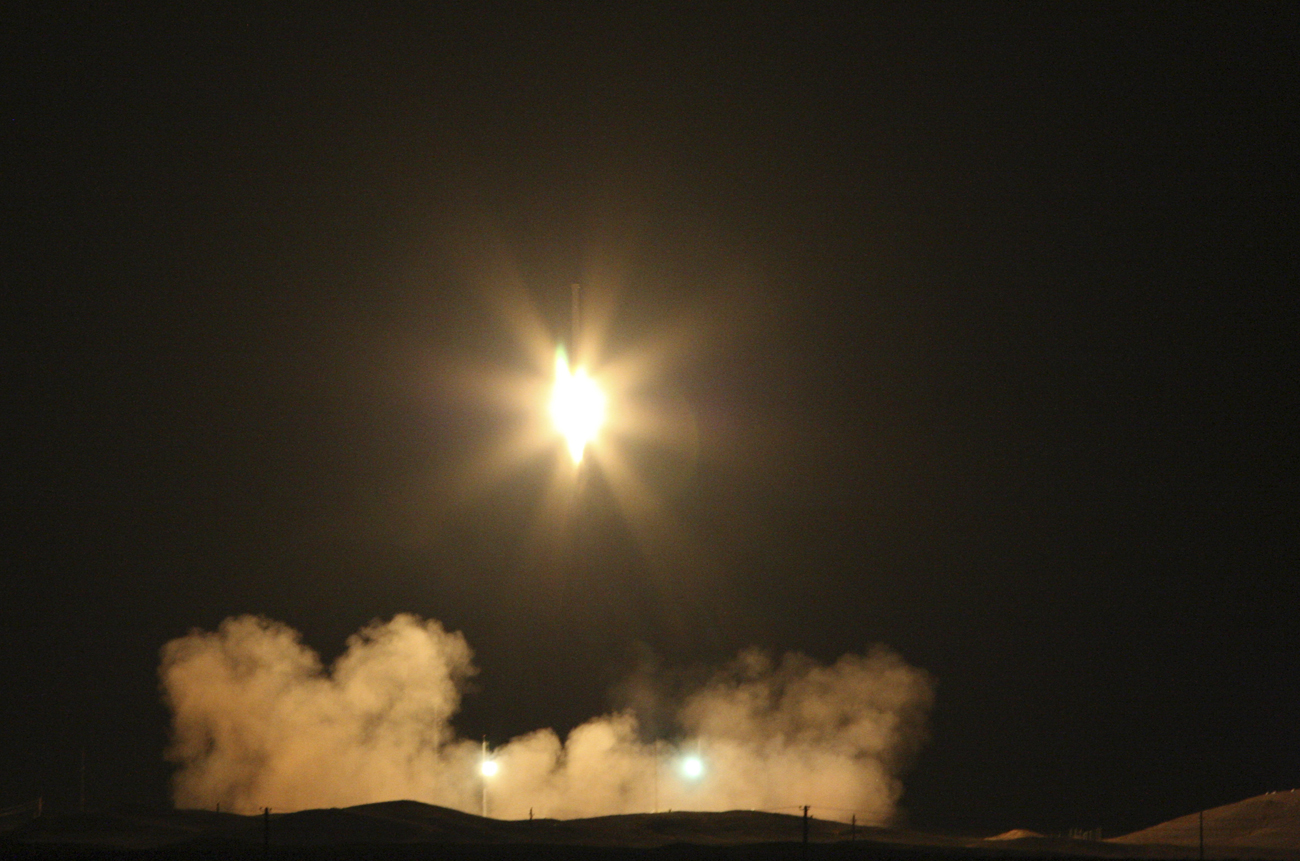 The Obama administration is considering the further development and eventual deployment of a new class of conventional weapons that could reach any point on earth within an hour – and with such accuracy and force they would render nuclear weapons almost unnecessary.

In fact, in response to this proposed new system, the Russians are so concerned that the US agreed to include a provision down in the weeds of the Start II treaty to decommission one nuclear missile for every one of these accurate non-nuclear weapons ultimately deployed.

Named Prompt Global Strike, the weapons’ purpose is to do things like find and destroy an Osama bin Laden hidden deep in a cave, eliminate a North Korean missile while it was still being rolled out to the launch pad or destroy an Iranian nuclear site. The key concept is that in each case, a PGS weapon would be used, but without crossing the nuclear threshold and provoking massive nuclear exchanges.

The basic concept is not new and, according to military sources, was gaining traction with George W Bush when he was in office. It was put on hold when the Russians made the case that this breakthrough technology could actually increase the chances of a nuclear war.

But, as part of Obama’s intentions to continue drawing down nuclear weapons deployment, his team is now hoping to commit some initial research and development money for a PGS weapon that would use advanced technologies as well as some elements that are still just equations and sketches on whiteboards in labs. Well, on hard disks, but you get the drift. Curiously, on this project, if on nothing else, Obama and Republican Senator John McCain seem to be pretty much on the same page, although the final cost may end up scaring away some supporters by the time it is developed or deployed.

As plans now stand, it would be based on the West Coast, probably at Vandenberg Air Force Base, and the warhead would be mounted on long-range missiles that would travel through the atmosphere at several times the speed of sound. Accordingly, it will need an outer skin that parallels the protective coating on the space shuttle. Because it would stay within the atmosphere, it would be highly steerable and could stay clear of the airspace of neutral or hostile territories. In practice it could fly right up the Persian Gulf before taking a shot towards a target located you-know-where. If the optimists are right, if funding is forthcoming, if the political leadership so decides and if the technological hurdles are surmounted, the Pentagon hopes the first version of this new weapon would be on station in five years – although the whole project would be unlikely to be deployed much before 2020.

Air Force General Kevin Chilton, head of the military’s strategic command and the main man in charge of America’s nuclear arsenal, is in charge of PGS planning. An important new part of his mission, and consistent with Obama’s commitment to move away from nuclear weapons, is to talk up conventional alternatives like Prompt Global Strike. As Chilton says, “Today, we can present some conventional options to the president to strike a target anywhere on the globe that range from 96 hours, to several hours – maybe four, five, six hours”, but that may not be fast enough to end the threat posed by a terror strike or the imminent launch of a missile.  Chilton adds that right now, “if the president wants to act on a particular target faster than that, the only thing we have that goes faster is a nuclear response.” Hence the new project.

At this point, you may be asking yourself: If this strategic strike inadequacy is true, what are all those aircraft carriers, mobile strike forces and such actually supposed to be able to do? Well, so are we. So, although the Pentagon hasn’t said so, we’re going to guess that behind the plan itself is some of these newfangled missiles ending up replacing all that other pricey stuff. Over time.

But if the key to successful deployment is in making sure the Russians and Chinese can, in turn, be sure they are tracking one of these conventional missiles, rather than a nuke and thereby triggering Armageddon, the Obama administration believes it will require international inspections of the PGS launching sites, and placing them totally apart from nuclear forces. As Obama nuclear strategy advisor, Gary Samore says, if the Obama administration gives it the go-ahead, the number would be few enough that Russia and China should not worry about such weapons destroying their nuclear arsenals.

Okay, just as long as everyone understands that, right?

Photo: A perfect target for the PGS: The Safir (ambassador) satellite-carrier rocket, carrying Iran’s Omid 2 (hope) satellite, is launched at an unknown location in Iran in this handout picture sent to Reuters by Iranian Fars News February 3, 2009. Iran said it launched its first domestically made satellite into orbit on Tuesday, boasting major progress in its space technology when tension with the West over its nuclear ambitions persists. Omid, launched as Iran marks the 30th anniversary this month of the 1979 Islamic revolution that ousted the U.S.-backed shah, is designed for research and telecommunications, state television said. REUTERS/Fars News