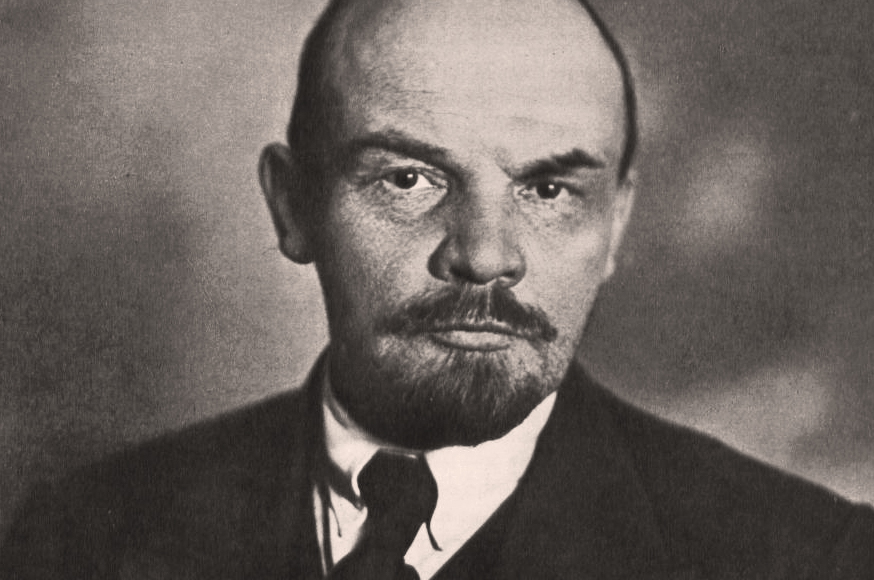 The man who followed Marx's teachings with a proletarian revolution, Vladimir Ilyich Ulyanov Lenin, was born exactly 140 years and two days ago. Although he was a creator of the largest-ever state in Earth’s history, his was a comparatively short life that ended after 54 tumultuous years; loved by a large chunk of humanity and reviled by an even bigger one.

Perhaps you remember a wonderfully nostalgic, gentle, but wickedly funny German film that took us to the eastern half of Berlin, just before the collapse of communism. As the story unfolds, a young man’s mother has suffered a stroke and has lapsed into a coma. While in her coma, the Berlin Wall falls, East Germany’s communist regime falls, and the country itself disappears, suddenly united with West Germany. To cushion her from the shock of the new as she slowly recovers, the woman’s dutiful son creates a faux reality around her of old East German household products and handcrafted, but totally made-up television news. Eventually, of course, she learns the truth – and learns she must now adapt to the new realities of her new world.

We all had to do the same from events portrayed on a much larger canvas. The cities named in his honour are gone, all those heroic statues and epic paintings languish in warehouses or have been sold to collectors of communist political art around the world. The body of the great man still remains in its famous Kremlin mausoleum, but sometimes there are rumours that even that might change in future – some day.

Lenin, was born Vladimir Ilyich Ulyanov 140 years ago, on 22 April 1870, to a schoolmistress and a physics instructor in the town of Simbirsk, on the shores of the Volga River. He grew up in a family that held noble ideas about the achievement of a free society and equal rights in Czarist Russia, and he and all his siblings ultimately became revolutionaries of one sort or another. Curiously, while we have come to see Lenin as the quintessential Russian revolutionary, in Czarist Russia, his family was officially defined as “ethnically mixed”, having Mordovian, Kalmyk, Jewish, Volgan German and Swedish roots, along with ethnic Russian ones.

As a university student, young Vlad studied law at Kazan University until he was expelled for his political ideas and activities, and so inevitably he came under increasingly intense police surveillance. After getting a law degree through private study where he got his first look at Karl Marx’s seminal work, “Das Kapital”, he later gained admission to St. Petersburg University for further study where, by contemporary accounts, he was an excellent student.  Practicing law in Samara, he gained firsthand insights in the realities of Russian peasant life and its great vicissitudes.

Arrested, imprisoned and then sent on internal exile, he had his exposure to the Russian version of “Robben Island University”.  He eventually left Russia and while sampling the intellectual hotspots of pre-World War I Europe, he wrote such catch-phrase-like volumes as “What is to be Done?”, known, by title at least, to us all. In exile again after a period back home, he was in Switzerland during World War I, where he wrote yet another of those famous catch-phrase-like books, “Imperialism, the Highest Stage of Capitalism”, just in time to be put into that famous sealed train by the Germans and sent home  to bring the Russian government to its knees – and out of the war so that the Germans could turn their full force westward and concentrate on fighting the British, French and Americans. Well, that worked out well, didn’t it? Back from exile, on 16 April 1917, Lenin took control of the Bolshevik faction of the revolutionaries until they defeated the Menshevik faction and then led the radical socialist revolutionaries to confront and defeat the original provisional government of Alexander Kerensky that took power in Russia during the February 1917 revolution. From that moment onward, we pass into those heroic stances of the storming of the Winter Palace, “Bread, peace and land” and “All Power to the Soviets” (the local revolutionary councils across Russia).  All of this became the raw material for the great moments of Russian film epics.

When Lenin became chairman of the Council of People’s Commissars, he could set out his agenda for all the world, saying,  “We must show the peasants that the organisation of industry on the basis of modern, advanced technology, on electrification, which will provide a link between town and country, will put an end to the division between town and country, will make it possible to raise the level of culture in the countryside and to overcome, even in the most remote corners of land, backwardness, ignorance, poverty, disease and barbarism.”

And so it began: the civil war, the famines, the Red Terror, the foreign interventions, the desperate New Economic Policy – and then the long descent into Stalinism. Lenin died on 21 January 1924 , the main designer of a system that, for half a century, ruled nearly half the globe, honoured (and feared) by the world’s largest nation.
At his death, Chinese revolutionary leader Sun Yat Sen could write of him: “You not only spoke and taught us, but translated your words into deeds. You created a new country. You showed us the road of joint struggle . . . You, great man that you are, will live on in the memories of the oppressed people through the centuries.” A contrary view came from Winston Churchill: “The Russian people were left floundering in the bog. Their worst misfortune was his birth . . . their next worst his death.”
And now, of course, the regime and state he forged is gone and the city renamed in his honour again recalls its founder, Czar Peter the Great, and his patron saint. And yet, many millions around the world still believe he was a saint and god-like creature. Such is the raw, persuasive power of communism.