ANC, Zuma, Malema and the right royal mess they’ve made 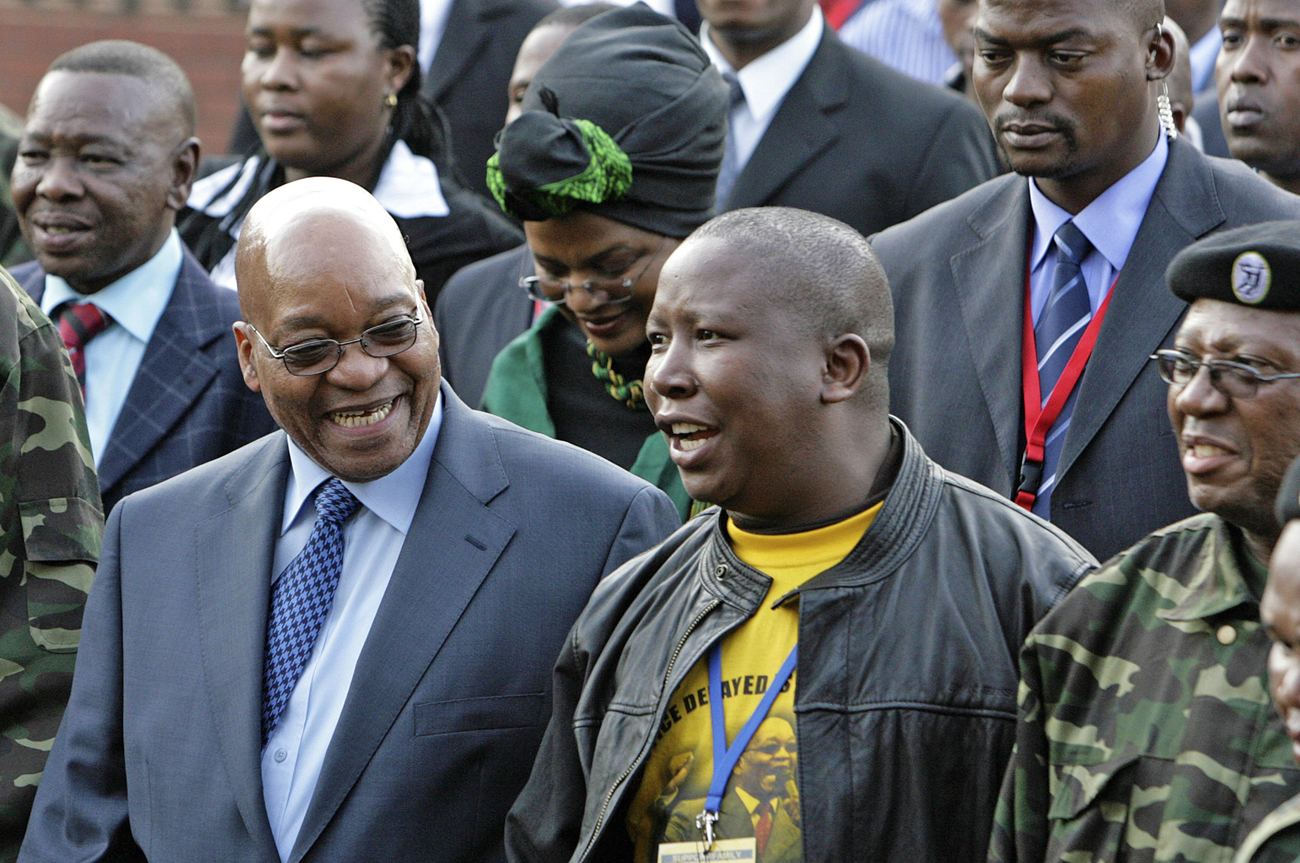 The conflicting messages that come out of the ANC these days bring that inescapable impression of internal chaos and warring groups that manoeuvre behind the scenes, organising and re-organising, ready to pounce.

There are some moments in politics when you feel that change is a’coming. There’s the moment Zuma stood up at Wits University 10 days before Polokwane and said, “We must declare a state of emergency on Aids and crime”, the moment FW won the referendum, the moment you realised John Mcain had no chance and Barack Obama would be the next US president. That feeling is in the air this week.

Usually it’s exciting. But this time it comes with that feeling you get when your dad’s brand new Merc goes crunch into the lamppost; with that spine-chilling realisation that the spider is actually inside the shower with you.

We’re not given to sensationalism. But this is a sensational story. It’s about how Julius Malema seems to be winning the fight for control of the ANC, about how he’s got the upper hand over President Jacob Zuma of all people. The rule of thumb in the ANC used to be, at all costs don’t cross Zuma. He’ll win. He’s the guy who beat the overwhelming odds that the power of incumbency is supposed to bring. And yet, at this moment, he looks like he’s down on the floor.

To make it worse, it really looks as if Zuma did all he was supposed to do. He went to the national executive committee and said, “Look, let’s draw a line here”. They agreed. Malema then crossed it. And Zuma acted, supposedly with the mandate and full might of the NEC behind him. And now he’s seriously considering dropping any charges against Malema.

Is this an Et tu Brute moment? Has the NEC turned on Zuma? Or perhaps some serious people inside it. Over Malema, of all people! This is one of those moments when you ask who will gain from this mess, who benefits from a weakened president. And just about everyone on the NEC, it seems to us, gains from a weak leader. From this perspective, it is really difficult to see Malema running the country, not for very long at least. But he does seem to be very useful for some people. (I see you avoided the phrase “useful idiot” – Ed). When I see a headline screaming that Mathews Phosa is against charging Malema, the thought has to be, not that he’s a supporter of Malema, but that he has his own eye out for the main chance, would like a bash at the Union Buildings himself, and a weaker Zuma improves his chances. The same would probably hold for loads of other people.

But there’s another tectonic movement taking place. If Malema gets off, after Zuma was so forceful in a press conference he arranged especially to say that Malema’s actions “went against the traditions of the ANC”, it is that he’s not really in charge. That he’s in office, but not in power. And the question that begs to be asked is, then who is in power now? That’s followed by, and then don’t you think, well, if Malema is more powerful than Zuma, is he in power. Have we really gone from Mbeki to Malema in just three years? Is that possible?

There are some people for whom we have sympathy here. ANC deputy secretary general Thandi Modise is one. This isn’t her fight, and on Tuesday she had to face the press and explain how in the ANC, someone is told they’ll be charged, then the disciplinary committee investigates, then they are given the formal charges. So Malema’s been told he’ll be charged, but hasn’t been given the formal charges yet. That rare combination, a former MK commander, a doer and a thinker, even Modise can’t cover the fact that it’s impossible to justify what’s going on in the party now.

The person we find it very difficult to have sympathy for is Zuma. Yes, the Youth League has unleashed its A-bomb, claiming that everything Malema “does, everything he says, he’s representing the league”, which pits them directly against Zuma. But, hell, he’s the one who let this happen. On his watch. There are loads of things he could have done to silence the loose cannon before, but he just encouraged Malema. It was advantageous for Zuma when Malema was shouting “I’d kill for Zuma” before last year’s elections, curdling Cope supporters’ blood. Zuma should have rebuked him publicly back then, because that was where the chaos started.

But this street fight isn’t over by any means. The political brains and experience at Zuma’s disposal mean Malema will probably be out-gunned in the end, one way or another.

It is all about political will, and the way it is shaped and used in a one-party state.

PS. And, to all the people of South Africa, today is 50 days before the World Cup; we’re still talking about Malema.