ANC, Hitachi and Chancellor: Merry-go-round. And round.... 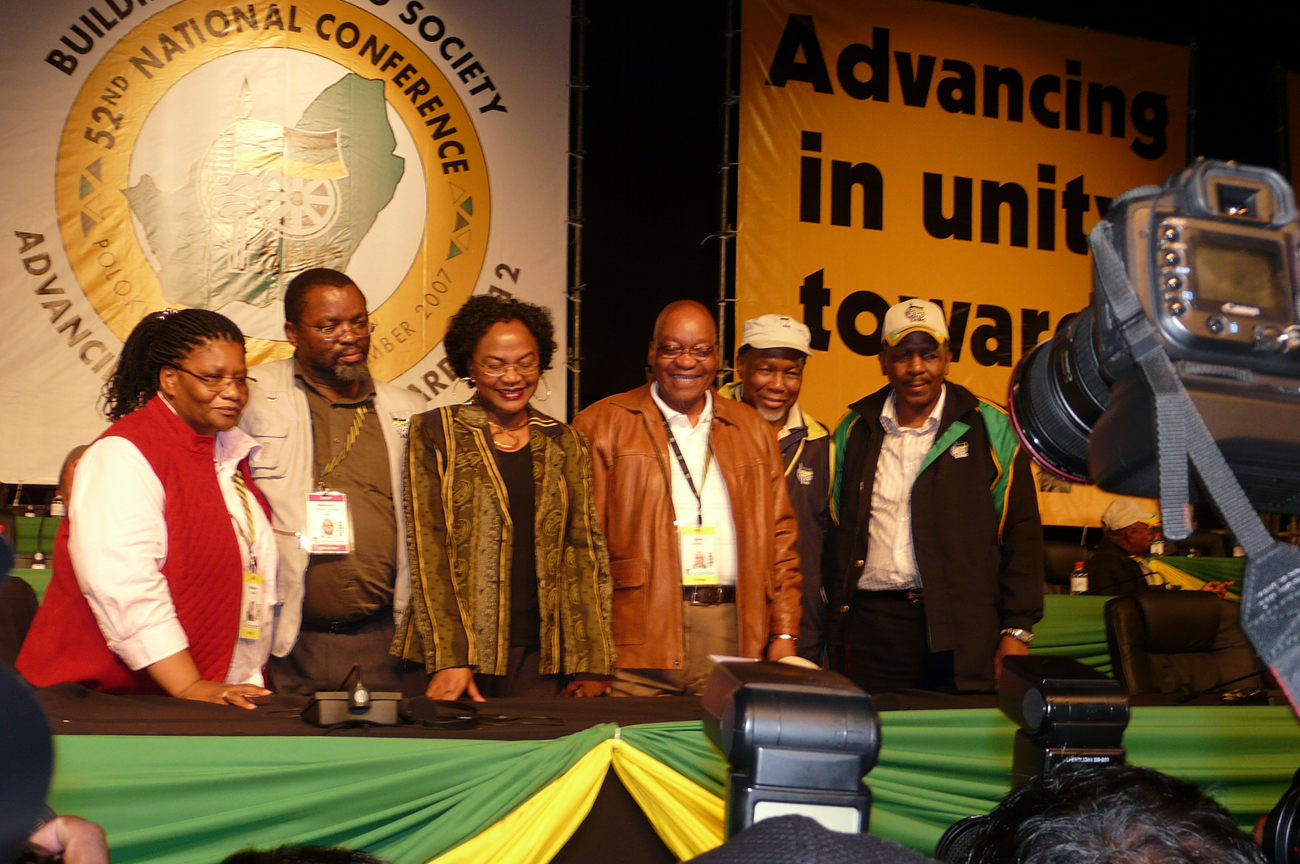 The ANC appears to have got itself into a real spot of bother over Chancellor House, Hitachi SA, and Eskom. It’s one of those things that’s so obvious to the rest of us, but because of a tussle over personalities, it’s going to drag on. Mind you, it would have been fascinating to watch who comes out on top, if it wasn’t our country we were talking about.

Funny how this whole game really is all about trust these days. And there’s none of that among the ANC politicians these days.

Looking at the many suspicions and dodgy issues involving the ANC and its leaders can be a painful process. Many times we would look to the doctors, who have this tool of logic called Occam’s razor. Essentially, the simplest explanation is usually the truth. And yet, in South African politics, and that includes the ANC, it is often the complete opposite: whatever conspiracy theory you can come up may just turn out to be the truth.

At face value, at the moment (and we say at the moment, because things are moving pretty quickly in the ANC) it seems to be a fight between several heavy hitters and Gwede Mantashe. Sad to say, but he sounded downright ridiculous defending the ANC’s continued holding of its Hitachi stake at the press conference last week. Pravin Gordhan and Barbara Hogan are among the heavy hitters. They’re the cabinet ministers who’ve declared they believe the stake should be sold. As the issues affect their respective portfolios, in theory they should be the ones who matter. (Treasury has to deal with the pesky World Bank, and Eskom falls under Public Enterprises, although Hogan would probably get a lot more sleep if it didn’t.) They’re both good, decent people, and are seen pretty much as the good side of the ANC. The issue is how much does goodness and decency matter in today’s ANC.

But the main man on their side is really Mathews Phosa, the ANC treasurer-general. And he’s just given Mantashe one hell of a blasting, saying that the secretary-general “doesn’t know anything about business”. Phosa’s adamant the stake must be sold. This is another of those issues in our politics that’s about trust. And it’s not so much about us trusting the ANC (because sometimes we do, and sometimes we don’t) but about trust within the ANC. Put simply, could it be that some people don’t want to trust Phosa?

Here’s why this might be the case. Phosa has, what shall we call it… a reputation. He hasn’t been found guilty of doing anything wrong, but he is involved in business. He does have several directorships that appear troubling. One of them is the non-executive Chairmanship of the Alliance Mining Corporation. And it’s not the only one. He’s also the Deputy Chairman of Jubilee Platinum, the non-executive Chair of Braemore Resources, and a director of Hans Merensky Holdings.

Interesting how many of these are mining companies. And yes, there is what analysts would call “significant legislative risk” in the mining arena at the moment. Just think of the word “nationalisation” and you’ll know what we’re on about. And yes, you would think Phosa would be in a position in which he could wield significant power over this. (In fact, we’d put money that if a member of the ANC’s top six wanted something to happen, and the minister in that area didn’t, it’s very likely the top-six member would win.)

When challenged on this, Phosa’s response is always the same, “we need to create jobs” he says, “and this is what I’m doing”. Fair enough, and he may have a point there. But he’s also wilfully misconstruing the point (as does Mantashe when it comes to Hitachi) that a conflict of interest is actually a serious problem. And the potential for the perception of a conflict of interest is as serious. It’s simply not ethical.

Interestingly, it was Mantashe himself who said last week, that “life is not about being in business”. It was a strong quote, when he knew he would be recorded. So, it’s possible, not necessarily going to happen, mind you, just possible, that he fears Phosa would quite happily sell off the Chancellor House Hitachi stake, and replace it with a deal where he could benefit himself.

Many analysts wonder why Phosa is treasurer-general of the ANC. There are plenty of reasons, but one of them could be this: it’s impossible to manage the finances of the ANC in a properly transparent way, and yet get enough money to run the whole party. Politics is an expensive game in South Africa these days. To get 65% in an election you need R200 million, at least, which is what it cost them the last time. So you need a rainmaker, someone who can get the cash in, and who can be seen as responsible for it. Suddenly Phosa comes across as a natural choice.

There’s another angle at looking at the Chancellor/Hitachi issue, of course. No matter what official statements say, there are now serious divisions among the top six of the ANC. They’re less than halfway through their term, but it does seem it’s not a bunch of happy campers there. The people who staying silent are the ones who’ll matter, particularly Jacob Zuma, and perhaps, Kgalema Motlanthe. Zuma is probably going to stay out of it, if he can, as he can’t really afford to make an enemy out of either Phosa or Mantashe. And he’s got his hands full just dealing with young Julius at the moment anyway. But don’t be surprised if he starts to get a little testy with Phosa. The treasurer-general appears to be backing the Lion Cub in his disciplinary, and that could make Zuma rather grumpy.

There maybe some good news, however, as Professor Steven Friedman has asserted:  “Rivalry within the ANC leadership means we get to hear about things we wouldn’t otherwise.” In fact, he takes it further. He reckons that because of personality clashes like these, sometimes the right decisions are made when they otherwise might not have been. Because if you don’t like something in the ANC, you leak it, and that puts pressure on your enemies. And anyone who reads a Sunday paper in this country knows that leaking is the most fun you can have. You know, it is a game the whole party can play.

How is this movie going to end? It strikes us that this may be one that Phosa will win, for good or for ill. The problem is that the ANC is probably still going to make a fortune from the Hitachi shares, no matter when they divest themselves. And more maddeningly, we’re still no closer to knowing how much the shares cost, or whether they were a freebie. If they were free, gratis, and for nothing, then that’s the real scandal you’re looking at.

(Grootes is an Eyewitness News correspondent)