19 April: Europe at odds on whether to fly

19 April: Europe at odds on whether to fly 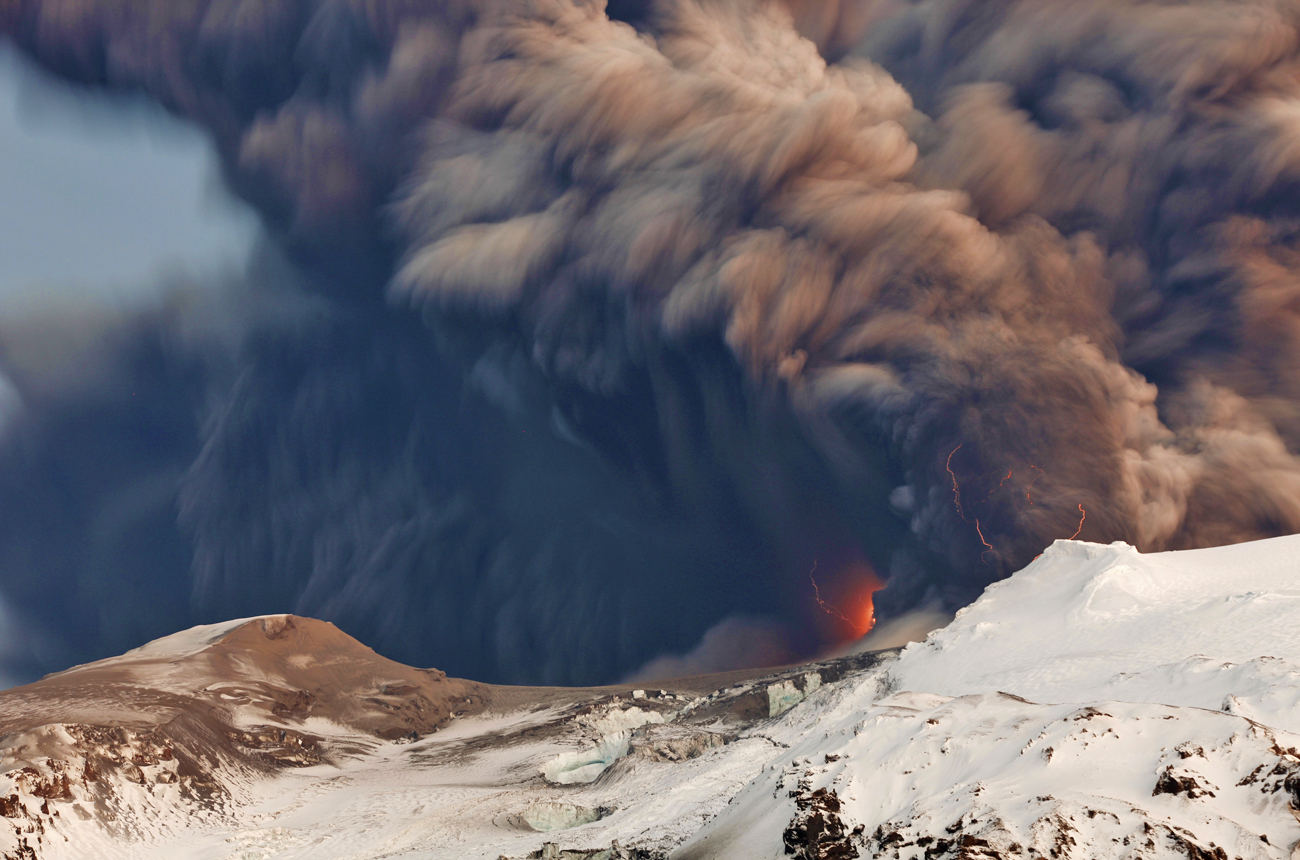 Europe at odds on whether to fly

Major airlines found no damage to plane engines from Icelandic volcanic ash after they sent up test flights to try to restart the aviation industry in Europe. But the verdict is still out on whether it’s safe to fly, despite pressure on governments to ease restrictions that have thrown global air travel into chaos. Airline officials and some pilots say it’s okay to resume normal operations, but meteorologists warn that the skies over Europe still have enough gritty ash in them to knock out jet engines. EU officials reckon air traffic could return to half its normal levels today, with Germany already allowing some flights to resume. But 80% of Europe’s airspace remained closed on Sunday, meaning only 4,000 of a scheduled 20,000 flights took to the air. The volcano has grounded passengers and cargo for four days so far, creating a crisis for global and regional carriers, whose losses are astronomical. Photo: Reuters.

Thai “Red Shirt” protests against the government of Prime Minister Abhisit Vejjajiva have reached boiling point, after troops armed with assault rifles moved into Bangkok’s central business district to prevent thousands of demonstrators marching down a road known as Thailand’s Wall Street. Troops fanned out to protect the headquarters of the Bangkok Bank, which the protesters say is corruptly linked to the government. There’s a lot of paranoia at present, with security forces on the alert for snipers as the country ended its traditional New Year holiday. A week ago clashes between the opposing parties killed 25 people. Things may get worse.

Pope Benedict XVI told victims of clerical sex abuse on the Mediterranean island of Malta that the Vatican would do everything possible to bring abusive priests to justice. And while the Vatican didn’t step back from strongly rejecting accusations that the Church hierarchy covered up such abuse for decades, the pontiff said it would implement effective measures to protect children. The pope’s been on a two-day trip to this largely Roman Catholic island, and personally met abuse victims for the first time. The Vatican says Benedict expressed shame and sorrow at the pain and suffering of the victims and their families, with reports saying he had tears in his eyes during the highly emotional meeting.

Some 80% of Americans don’t trust their leaders anymore, with polls showing they have little faith in the country’s massive bureaucracy, and that public confidence in the system of federal governance is at one of the lowest points in 50 years. That won’t help President Barack Obama and the Democrats as they struggle to maintain comfortable congressional majorities in mid-term elections, especially as the US economy’s far from being out the woods at the same time as the country tries to extricate itself from Iraq, while ramping up pressure in war-torn Afghanistan. Half those surveyed said government negatively affects their daily lives, which accounts for the new phenomenon on the American political landscape, the Tea Party movement and which picketed Washington last week. A majority of those polled say Washington interferes too much in state and local matters, regardless of who’s in government, and that’s exactly what the Tea Party members say.

According to AP, Iran says it’s produced its first significant batch of 20% enriched uranium, which will further ratchet up tensions over the country’s nuclear ambitions. The Americans and their Western allies are trying to pass a new round of sanctions against the Islamic state, after it defied UN demands to halt its controversial atomic programme. Iran’s authorities say the uranium has been enriched from some 3.5% to 20%, a level needed to fuel a medical research reactor. And while that’s far below the more than 90% required to build a nuclear weapon, the Americans fear Iran may quickly be moving closer to those levels. Tehran says all such research is for peaceful civilian purposes, but the US and its allies believe the country wants to produce a nuclear warhead.

US defence secretary Robert Gates acknowledged that he wrote a secret memo to the White House claiming the US didn’t have an effective long-term policy for dealing with Iran’s nuclear programme. Now, Gates is on the defensive, saying the note didn’t mean that President Barack Obama’s administration had failed to deal with Iran adequately, but that he was only trying to contribute to an orderly decision-making process on a pressing matter, and that America’s allies shouldn’t worry. Meanwhile, the Pentagon has ratcheted up pressure for military action against Iran after Admiral Mike Mullen, chairman of the joint chiefs of staff, said for the first time that a strike on nuclear targets would go a long way towards delaying Tehran’s uranium enrichment programme.

Far too much water is being used to produce food and goods imported into developed countries, worsening water shortages in the developing world. A new report from the Engineering the Future alliance of professional engineering bodies, says two-thirds of the water used to make UK imports is used outside British borders. It asks consumers to take account of how Britain’s water footprint is impacting on the rest of the world, as a critical shortage of water in developing countries would pose a serious threat to the UK’s future development, affecting the supply of energy and food.