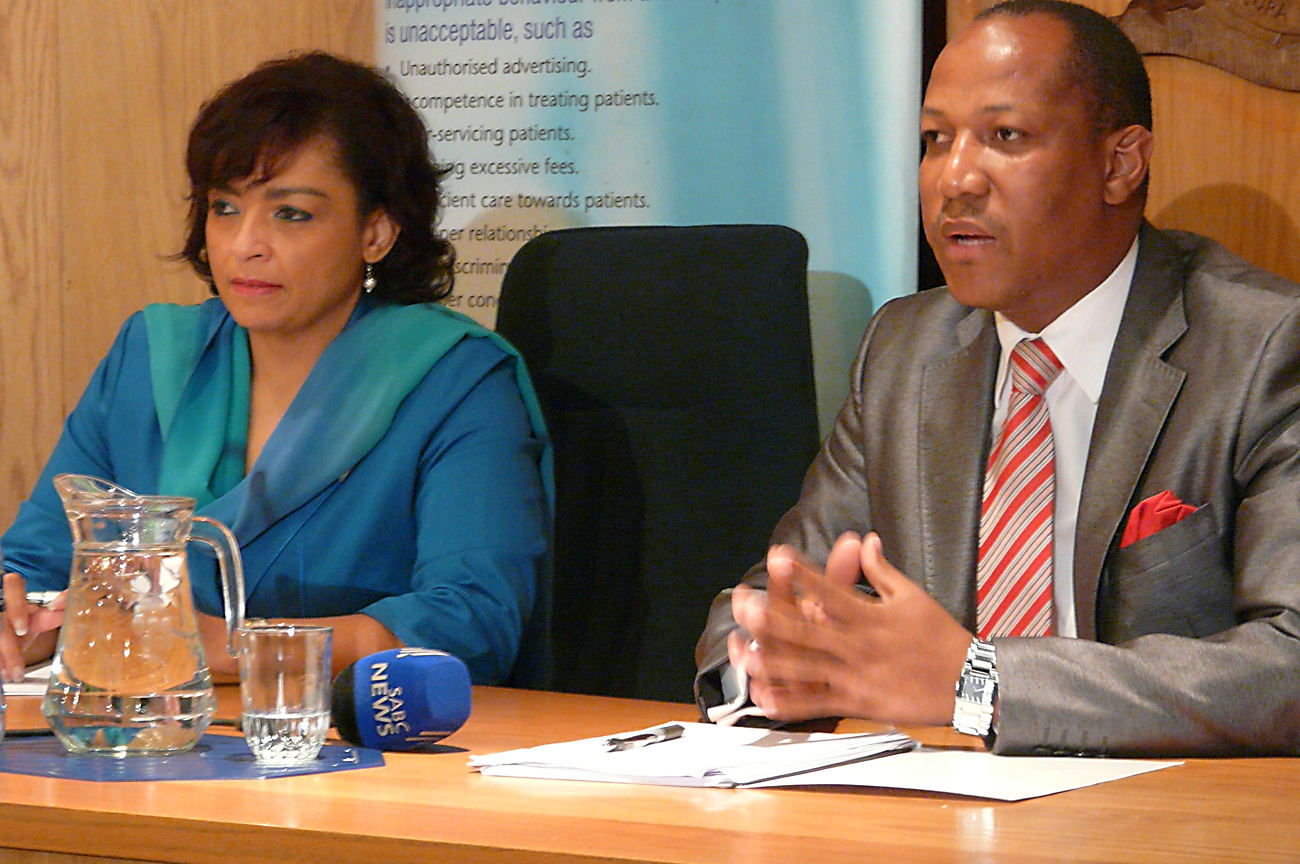 The Health Professions Council of SA says it will wrap up, within three months, an investigation into major national medical schemes it says may be committing crimes in their dealings with doctors suspected of fraud. After that, individuals and companies involved could find themselves explaining their methods to the police.

The way the Health Professions Council of SA (HPCSA) describes it, it’s something of a cross between an ambush and a shakedown.

A medical scheme (the council won’t mention any of those involved, not yet) suspects that a doctor or other health practitioner is committing fraud, by claiming for services not rendered or over-treating patients with simple ailments or any one of a dozen other ways such providers have found to milk the system. Evidence of such behaviour is collected, perhaps by way of patient statements, sometimes through statistical analysis of claims by the practitioner, who is then invited to a mediation meeting – which, by the sound of it, is anything but.

The doctor, or other provider, walks into the room and is presented, often for the first time, with the claims of wrongdoing. Also on the table is an acknowledgement of debt for an amount the HPCSA says is arrived at “without any factual of scientific basis”, and can be more than the total claimed from the scheme by the practitioner. Sign it, he or she is told, and all of this goes away. Walk out of this room without signing it (or miss a payment once you’ve signed it) and we’ll come after you in every possible way: criminal investigation, credit blacklisting, a freeze on outstanding payments, no direct payments ever again and professional misconduct complaints with every body that exists.

“That amounts to insurmountable pressure,” says Tshepo Boikanyo, the legal head of the HPCSA.

Failing to pitch up at the meeting isn’t an option either. Always open to medical schemes is the simple act of changing the status of a provider, so that patients are paid for claims rather than payments made directly to the provider. Often, everyone loses. “The patient sees the money in the account, accesses it, uses it, then has the practitioner chasing them,” says acting HPCSA CEO Marella O’Reilly. “Then the patient also has an issue where they can’t go back to the doctor.”

The body stresses that it doesn’t consider the doctors and other healthcare providers to be clean as driven snow, and stresses the number of penalties it doles out when complaints are laid. But that does not, it insists, allow providers to be bullied with untested evidence into an offer-they-can’t-refuse settlement.

The list of possible crimes committed using these tactics is long: extortion, blackmail and intimidation for starters. The HPCSA prefers to call it simply “unlawful conduct”.

That is reflective of a velvet fist hidden in the iron glove. The HPCSA won’t name any of the schemes or doctors involved. It says the schemes may be transgressing the law by not reporting suspected cases of fraud to the police – but it has likewise not reported these cases of suspected blackmail. Because, it claims, the medical providers involved wish to remain anonymous at this time.

For the time being, it is trying to get medical schemes to desist from these tactics, it says, with the clear implication that the whole matter could go away if they do so. If not, the HSPCA anticipates it will wrap up its own investigation in three months or less. And, by airing the issue publicly, it hopes it will attract complaints from providers who won’t be afraid to go through with a criminal complaint.

The medical schemes haven’t yet had time to comment on the allegations, but when they do, expect words to the effect that they are simply doing what they must to protect members against criminally rapacious doctors, and that they are well within their rights to negotiate, hard, with their service providers.