Analysis: A week of enlightened leaders – and the threats to their supremacy 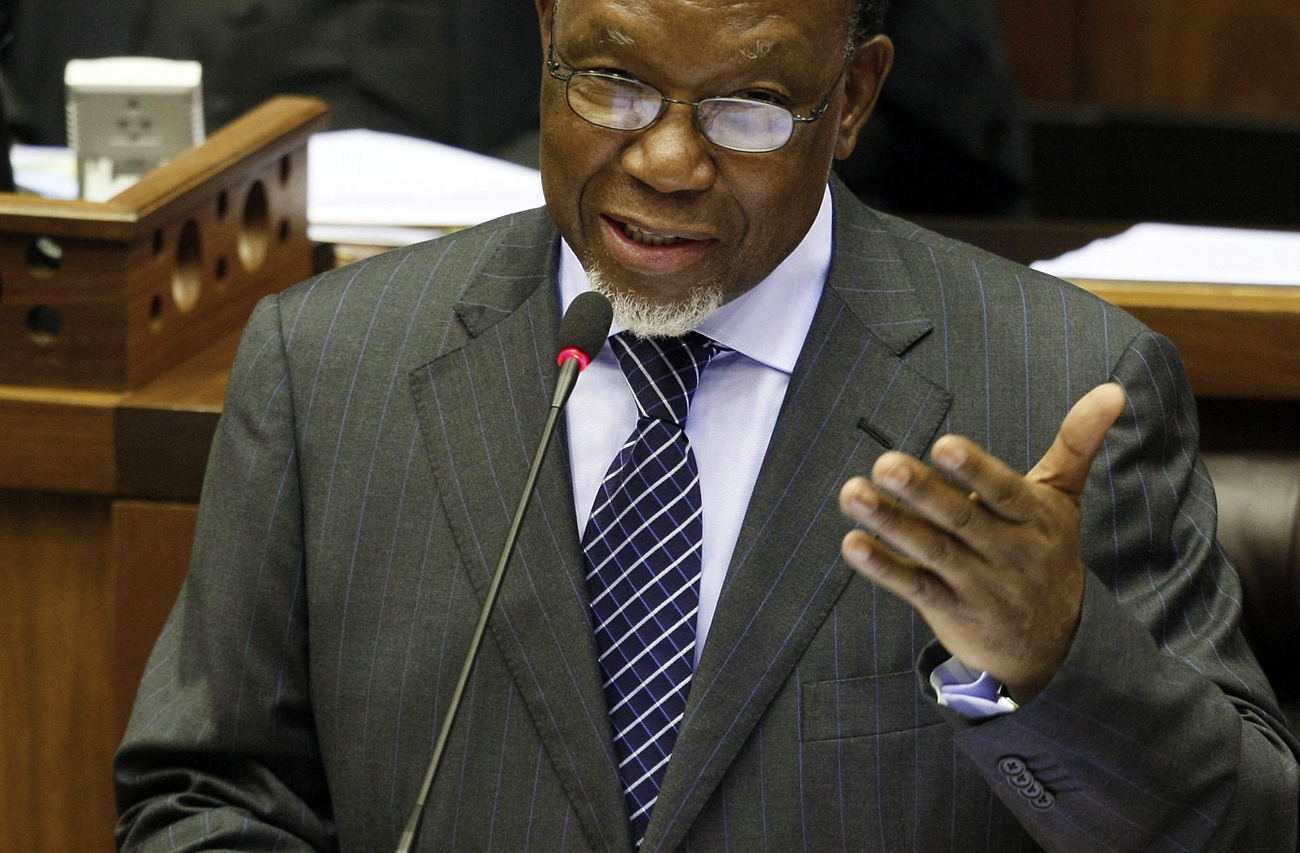 In the last week we've had frankly amazing examples of courageous leadership from both the ANC and the AWB - instances that augur well for our political future. But it is exactly their bravery that is opening these leaders, and their organisations, to populist attack, so that either Eugene Terre'Blanche's sexual preferences or the political strength of Julius Malema can set us back a dozen years or more.

It took a long time to come to fruition and, yes, you still have to look for it in the nuances. But the actions of political leaders, both moderate left and extreme right, in the last couple of days are more than encouraging. They are proof positive that we have reached a stage of political maturity that can be described as enlightened, with just a hint of hyperbole.

But these indicators were lost in all the drama that has kept us so busy recently, so let’s just recap.

At the weekend funeral of deputy health minister Molefi Sefularo, more than one cabinet minister intervened to prevent the singing of a traditional funeral song that declares a continued willingness to do battle with the Boers. And when it was finally sung to completion after a hasty conference, that same song ended instead with an expression of willingness to live side by side with those Boers.

On the side of the Boers, or at least the far-right fringe of the Boers, various Afrikaner Weerstandsbeweging leaders time and time again stressed that they wished to negotiate rather than fight. In doing so they acknowledged the legitimacy of both the government (the one their murdered leader vowed to violently oppose, not that long ago) and the supremacy of the Constitution. They also bodily intervened to stop their followers and sympathisers from crossing the line to violence, putting themselves in harm’s way in more ways than one.

What these have in common is that, (a) both would have been unthinkable 10 years ago, never mind 16, from either party, (b) they were devoid of self-interest in that they held no benefit for the individual leaders involved, only danger, and (c) they sow the seeds of dissent within the rank and file.

In the case of the AWB, the danger to these leaders is both more obvious and more immediate. It is also more subject to the historic actions of one dead man.

If you spent time on the right street corners of Ventersdorp a couple of days ago (or hang out in the right comment forums on both local and international far-right websites now) you’d hear the murmurs. Most are too vile to reprint verbatim, but they come down to unhappiness with the lack of war-like spirit among these leaders, their cowardice and their general unfitness to lead.

How many of these disgruntled members and hangers-on will end up joining organisations even further to the right of the AWB, ones more militant in their approach and more ready to take up arms? Not all that many. Probably. But that percentage will skyrocket if compelling evidence is presented that Eugene Terre’Blanche had so much as a single homosexual encounter.

These days the AWB tries to present itself as something other than a white supremacist organisation. Even if that were true, however, its members and supporters are almost 100% fundamentalist Christian, with worse than medieval views about homosexuality. Never mind the colour of the partner; if Terre’Blanche wasn’t utterly straight, that would undermine everything he ever said, and the entire organisation he built on his personal charisma. Supporters new and old will jump ship, and they aren’t going to jump left, into the eager arms of the Freedom Front Plus. That party hasn’t done nearly enough to attract them, and probably couldn’t do so without losing all the gains it has made in recent years. No, they’ll end up in more purely paramilitary territory, among the less organised, but far more volatile fringes.

For the ANC the danger it has created is somewhat more remote and comes down to just how militant its members are feeling right now. Do they, like AWB members, feel that their leaders have gone soft by pandering to the fears of white Afrikaner farmers? The ANC Youth League’s Julius Malema believes so. He says outright that his supporters require him to act youthfully, and if you don’t think that translates into being loudly populist and militant, well, he sure does.

Malema probably won’t leave the halls of power of the ANC for the outer darkness that is the PAC or another starving organisation further to the left. (But not Cope, which has proved itself far too thoughtful and centrist to attract them.) His confrontation with Zuma could, however, sweep some loosely attached members in that general direction. People who aren’t seeing the benefits of party membership in any tangible way and are angry about that. If they are smart enough and well-enough resourced to take advantage, those organisations could see a mini resurgence. Just like their equivalents on the right wing.

That, in itself, doesn’t pose a problem for the stability we’ve come to take for granted. The trouble will start if either the extreme left or extreme right starts to enjoy the inflow of new members and turns up the rhetoric to attract even more. That is unlikely to go unchallenged by the opposite side – and before you know it, we could find ourselves right back in the early 1990s.