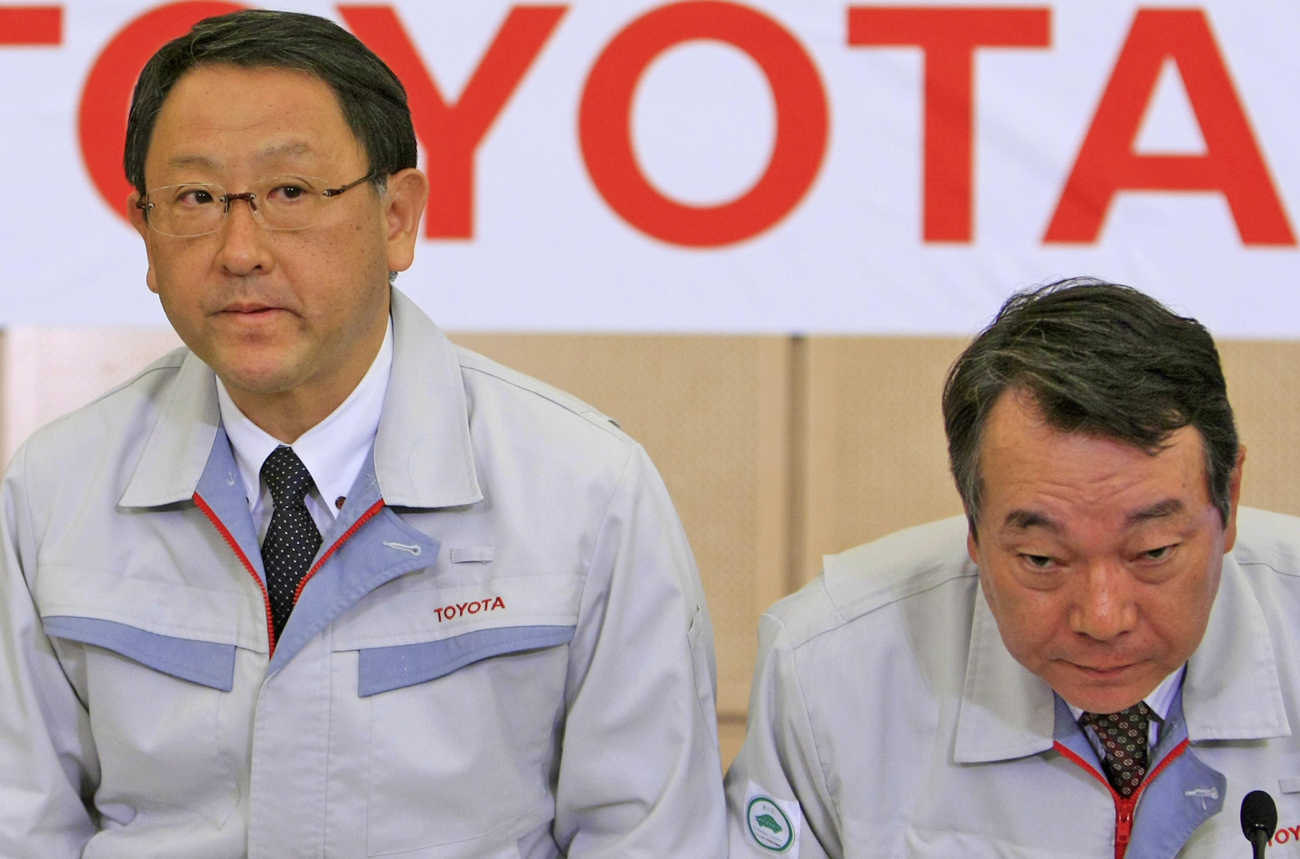 The US government wants to fine Toyota $16.4 million for hiding a “dangerous defect” and failing to alert regulators quickly to safety problems in its vehicles. The fact that the fine would be a record for the US automotive industry speaks volumes about why the problems occurred in the first place. Global car makers spend tens of billions of dollars in research and development each year, while US traffic authorities have some $1 billion in funding and less than 200 staff to control more than 250 million vehicles on American roads. The fine is the highest the government can levy for the sticky accelerator pedals that have led Toyota to recall millions of vehicles, but further penalties could be in the offing. Toyota’s real punishment will come in the form of private lawsuits seeking many millions of dollars more. For now, Toyota’s paying fines of less than $8 for each recalled vehicle in the US.

UK Prime Minister Gordon Brown has announced that the general election will be held on 6 May after going to Buckingham Palace to ask the Queen to dissolve parliament. The poll’s going to be a battle royal over the economy, taxation and public services in the wake of the October 2008 financial meltdown that hit the City of London as hard as it hit Wall Street, deeply angering a public that’s paying for the outcome of the worst downturn since the Great Depression. The unpopular Brown is fighting for his political life against Conservative Party leader David Cameron, over securing an economic recovery, protecting public services and slashing the nation’s huge budget deficit. Cameron’s not that popular himself, so expect the great British unwashed to give them both a drubbing.

The war in Afghanistan is heating up in unpredictable ways. Afghan President Hamid Karzai is reported to have just threatened to quit the political process and join the Taliban, as he comes under pressure from the US and his own government over proposed legal reforms that strengthen his authority over the country’s electoral institutions. Karzai’s made some unsubstantiated remarks of late, including blaming foreigners for being behind widespread fraud in last year’s disputed elections. His most recent statements indicate he may increasingly be unable to exert authority in the war-torn country. If the president turns the war against his elected government into resistance against foreign occupation, the US and its Nato allies will be fighting a completely different battle – making matters much worse than they already are. Meanwhile, Afghan officials are investigating the recent deaths of five Afghan civilians during a botched raid by American special forces. They believe troops tampered with evidence at the scene, causing Nato officials to say they’re looking into the allegations. The distrust among so-called allies is causing the situation to become increasingly parlous.

Simmering tensions in Thailand’s capital, Bangkok, have resurfaced after some 1,000 riot police scuffled with a similar number of anti-government protesters who’ve spent three nights in the centre of the city – despite a court ruling allowing the government to evict them. The protesters want the government to step down and hold fresh elections more than three years after the army deposed former prime minister Thaksin Shinawatra. The protesters shut down Bangkok’s shopping district for days and stormed election commission offices, which they accuse of bias towards the country’s main governing party. Reports say protesters pelted riot police and troops with eggs and plastic water bottles as they demanded the resignation of current Prime Minister Abhisit Vejjajiva. Earlier battles saw demonstrators pouring their own blood over government buildings, including the prime minister’s official residence, in symbolic reference to the coup that put him in power.

Fresh from his seminal victory in the US healthcare debate, President Barack Obama says he’s revamping American nuclear strategy to crimp the conditions under which the country would use nuclear weapons. He’s making exceptions for “rogue” states such as Iran and North Korea that are seen to have violated or renounced the global treaty that halts nuclear proliferation. Obama eventually wants to make nuclear weapons obsolete, and has set the ball rolling by renouncing the development of any new nuclear weapons, despite that being contrary to an earlier position taken by his own defence secretary. Reports say the president’s seeking to revamp US nuclear strategy in an era in which rogue states and terrorists are seen as greater threats than the nation’s traditional Cold War foes. He’s a persuasive man, is Obama, and he has very wide and tactical vision.

Chinese hackers shown to have fingers in many pies

Canadian and US computer experts have spent months observing Chinese hackers stealing classified documents from government offices on several continents, including files that detail Indian ballistic missile systems and India’s relationships with West Africa, Russia and the Middle East. The researchers, based at the Munk School of Global Affairs at the University of Toronto, released a report that also shows how a Chinese cyber-spy operation stole documents related to Nato forces in Afghanistan and obtained volumes of the Dalai Lama’s personal email messages. The experts say their research shows countries are only as secure as the weakest links in their networks, which really means they’re only as secure as the weakest links in the global information highway. It’s scary stuff. Google will feel vindicated.

The owners of a Chinese-registered ship that ran aground on Australia’s Great Barrier Reef and is leaking oil could be fined up to $920,000 for straying from a shipping lane used by thousands of cargo vessels each year. Australian authorities say they’ll question the crew about why their vessel was in an area that’s listed as a World Heritage site, and is home to thousands of marine species. Maritime officials say ships sometimes use a shortcut through the reef, which is a big no-no when it comes to one of the world’s most precious marine environments. Queensland state premier Anna Bligh says a boom will be put around the bulk coal-carrier to contain oil leaking from its hull. Authorities fear the ship might break apart during the salvage operation. The Chinese operators better note that surname of the Queensland premier – it means they’ll likely be made to walk the plank over this disaster and Aussie maritime officials are in a mutinous mood.