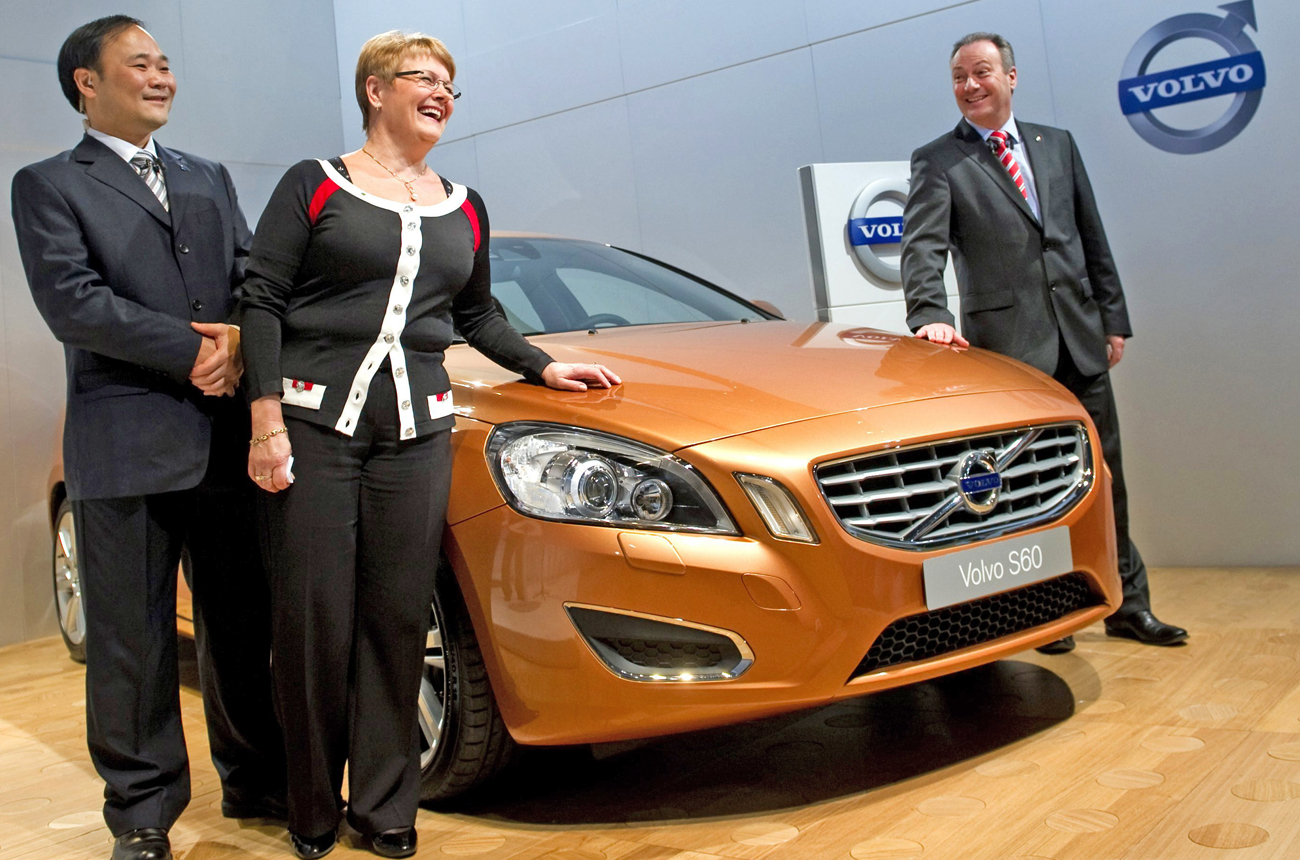 Ford says it has sold its European Volvo subsidiary to Chinese conglomerate Zhejiang Geely for $1.8 billion, and that the deal ensures the company’s brand will remain Swedish. Ford wants to focus on developing its core brands after selling Jaguar and Land Rover to the Tata Group of India for $2.3 billion last year. Ford paid $6 billion for Volvo in 1999, so has taken a huge hit on its investment. China is now the world’s largest car market, and by purchasing Volvo, Geely gains market share around the globe and access to Western technology.

Mining giant Rio Tinto sacked four executives jailed in China on bribery and official secrets charges. But Australian Foreign Minister Stephen Smith says he has serious unanswered questions about the sentence a Chinese court handed to China-born Australian citizen Stern Hu, who headed Rio’s iron ore operations in China. Hu was sentenced to 10 years in a Chinese jail on charges of bribery and of stealing commercial secrets, along with three Chinese Rio Tinto employees who were sentenced to between seven and 14 years in jail. Hu was also fined $73,250, and will have the same amount in assets confiscated. Smith said the sentences were harsh, after a trial that was closed, in part, even to Australian diplomats. Leaked testimony indicated Chinese steel mills tried to secure relatively low-cost and stable iron ore supplies from Rio Tinto through kickbacks. All four Rio employees pleaded guilty to receiving kickbacks but contested the amounts, and only one defendant pleaded guilty to infringing commercial secrets. The court said the leaking of trade secrets put Chinese steel mills at a disadvantage in iron ore pricing talks. Rio Tinto says an audit cleared it of any wrongdoing.

Greece has to raise as much as $21 billion by the end of May, and failure to do so could trigger the use of a Eurozone-backed deal struck last week, under which the EU and the International Monetary Fund would jointly help bail out the debt-ridden country. That’s not what anybody wants, so the Greek government must now decide whether to wait for Greek bond yields to drop further, or try to raise cash right away, after capital markets helped boost the euro from a 10-month low against the dollar in response to the deal. The country needs to cut its annual budget deficit which, at 12.7%, is three times over EU limits, but the current costs of borrowing are too high for Greece to make the promised budget cuts. It’s a problem for the whole euro area, as any bailout could drive the value of the euro downwards against the dollar, making it more difficult for the whole Eurozone to exit the global financial crisis.

British MPs tell government not to rule out breaking up banks

British MPs say a “radical” reform of the UK banking system is needed to prevent taxpayers from picking up the bill for future bail-outs, including the possibility of splitting up banks. British taxpayers, like their American counterparts, are livid for having to bailout of the country’s banks during the global economic crisis, fomenting calls to possibly break-up banks that once were deemed too big to fail. The country’s banks are to be forced to keep more cash on hand to help prevent future short-term funding problems, and to boost their financial reserves. While not openly calling for splitting up banks, MPs on the Treasury Committee are against banking reforms that are likely to raise the cost of credit for customers. Meanwhile, the British government is against splitting up big financial houses because both safer banks and riskier investment banks were hit by the financial crisis. The committee says financial services companies are set to start growing again, and that all options should remain open, highlighting US banking reforms that would possibly limit the size and scope of banking activities.

Alexander Lebedev and his son, Evgeny, have struck a deal to buy respected, but failing British paper, The Independent, from Irish tycoon Tony O’Reilly, having taken over London’s The Evening Standard newspaper 14 months ago. But British media are concerned that the former KGB agent might be an unhealthy influence on Britain’s major newspapers, despite him and his son emerging as among the best hopes for preserving serious journalism in Britain. The Lebedevs have nearly tripled circulation of The Standard by making it a free paper, and claim it’s gained far more in advertising revenue than it lost in cover-price sales to readers. One of Lebedevs’ business partners is Mikhail Gorbachev, the former Soviet leader, who opened the former Soviet Union up to the world. So, far, Lebedev has kept his hands off editorial matters at The Evening Standard, and the British newspaper industry hopes that he will continue to do so with his new acquisition.

Vietnam’s trade deficit in the first quarter is better than it looks according to British banking giant Barclays, citing $2.5 billion of foreign direct investment and $1.5 billion in remittances from abroad that cover the shortfall. Vietnam’s monthly trade gap in March was $1.35 billion, which put the country’s year-to-date trade deficit at $3.5 billion, affecting confidence in Vietnam’s dong currency. The Communist-controlled nation is an exporter of oil, garments, footwear, fishery products, electronics, furniture and rubber, and is slowly easing its economy into the global market. A big current account deficit makes it harder for Vietnam to attract financing at reasonable interest rates, which would help it export its way out of the global slump.

Hungary seeks to pare rates to lowest since fall of Communism

Hungary might cut its benchmark interest rate by 25 basis points today, the ninth monthly cut in a row, after worries about contagion from the Greek debt crisis ebbed. That would push the two-week deposit rate to 5.5% from 5.75%, the lowest since Communism fell 20 years ago. That means Hungary’s on track to grow faster after a 6.3% economic contraction in 2009 blunted inflation and enabled policy makers to lower the benchmark interest rate by 3.75% from July last year. But officials may soon end the easing cycle, despite economists seeing room for another 0.25% cut this month. The country was the first EU member state to obtain an International Monetary Fund-led bailout after world markets crashed, but was slower than the US Federal Reserve and EU central bank in cutting interest rates, because of currency exchange losses. Neighbouring Romania’s central bank today cut interest rates by 50 basis points to a record low of 6.5%, saying it saw inflation falling further, while uncertainties about the global economy persisted. The decision is aimed at reviving lending after a painful economic contraction of 7.1% last year.