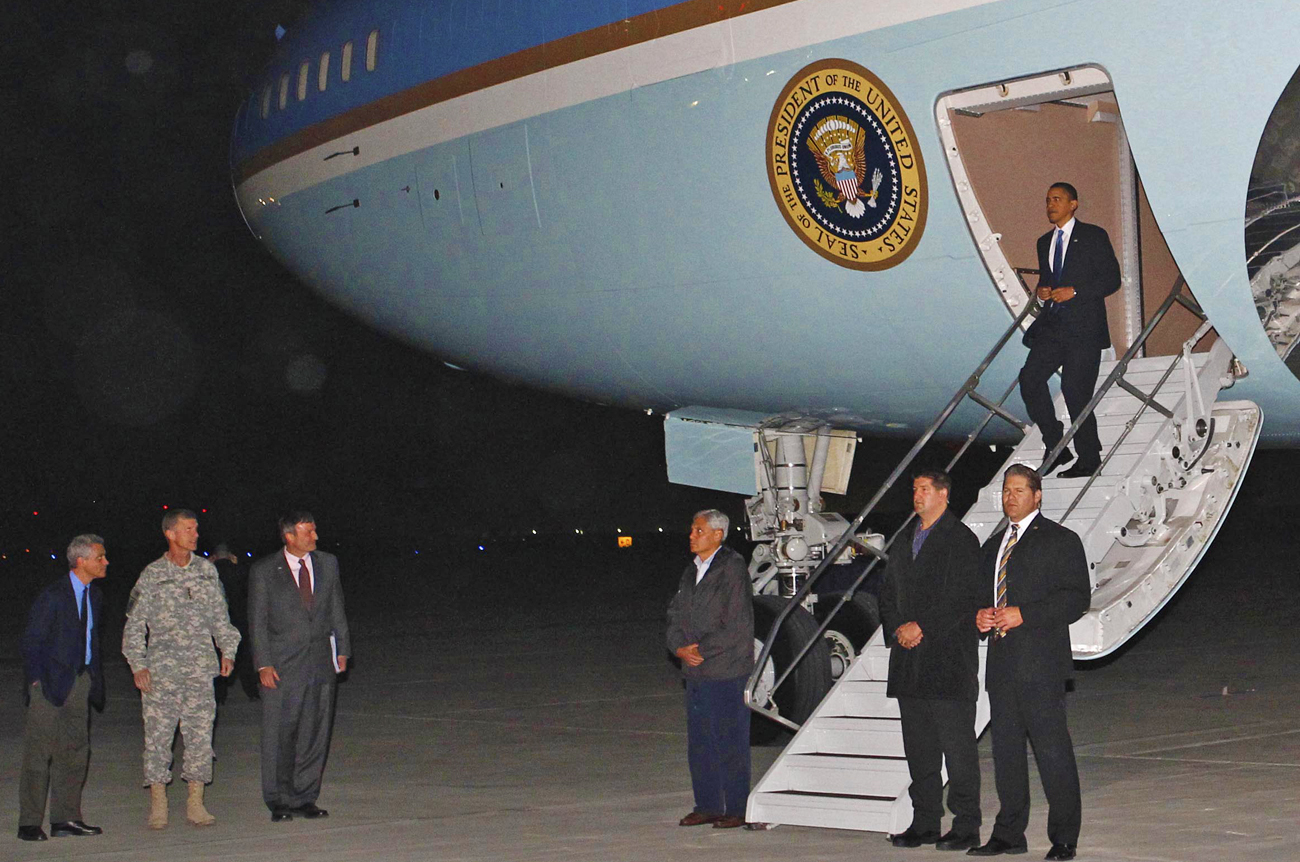 Hot on the heels of healthcare reform and final agreement with Russia on the Start II nuclear accord – President Barack Obama made a quick Sunday jaunt to Afghanistan for a firsthand look at the eight-year-old war he inherited.

Obama met Afghan President Hamid Karzai in Kabul where, according to press reports, his message was that continued American support requires a crack-down on government corruption, an end to cronyism and a cut in the money flowing from the opium trade to the Taliban insurgents.

En route to Afghanistan, national security advisor Jim Jones briefed journalists, saying, “This is something that simply has to be done. Both presidents have to be on the same wavelength.” He added that in Karzai’s second term of office as president, “There are certain things that have not been paid attention to, almost since day one” such as “a merit-based system for appointment of key government officials, battling corruption, taking the fight to the narco-traffickers.”

The trip’s timing will also underscore that the Obama administration remains engaged internationally and is not solely focused on domestic concerns such as healthcare. Shortly before the final vote on healthcare, the Obama administration had decided to postpone his visit to Indonesia and Australia. During this Afghan visit, a chance for American combat troops to see their commander-in-chief will also help project the image of a president who can juggle several tough issues simultaneously. Photo: U.S. President Barack Obama inspects a guard of honor with Afghan President Hamid Karzai at the Presidential Palace in Kabul. Air Force One landed in darkness at Bagram airfield north of the Afghan capital, and Obama was whisked by helicopter to Hamid Karzai’s palace in Kabul, where he was greeted by the Afghan president and a band playing the U.S. national anthem. REUTERS/Jim Young

Three months earlier, Obama had decided that some 30,000 additional troops would join the fight against the Taliban insurgency that seeks to retake the country.  These additional troops are still arriving and, when they’re all on the ground, there will be about 100,000 American troops, in addition to those from various Nato nations. Obama’s visit also came only two days after al-Qaeda leader Osama bin Laden released an audio message issuing grave threats to the US should 9/11 mastermind, Khalid Sheikh Mohammed, be sentenced to death by a US court.

Obama has actually been to Afghanistan once before. He made a trip in 2008 when he was still a candidate for president and joined a congressional delegation visiting there.

While this war remains unpopular in America, Obama’s approval ratings on how he is dealing with it, including the current offensive in Marjah, have now reached 57%, according to the latest polling.

Nonetheless, Obama’s visit points to the fact that, despite his healthcare win and Strategic Arms Reduction Treaty II, Obama still faces major domestic and foreign challenges. As mad as the week that just ended was, there will be no rest for the US president any time soon.

For more, read the New York Times and the AP