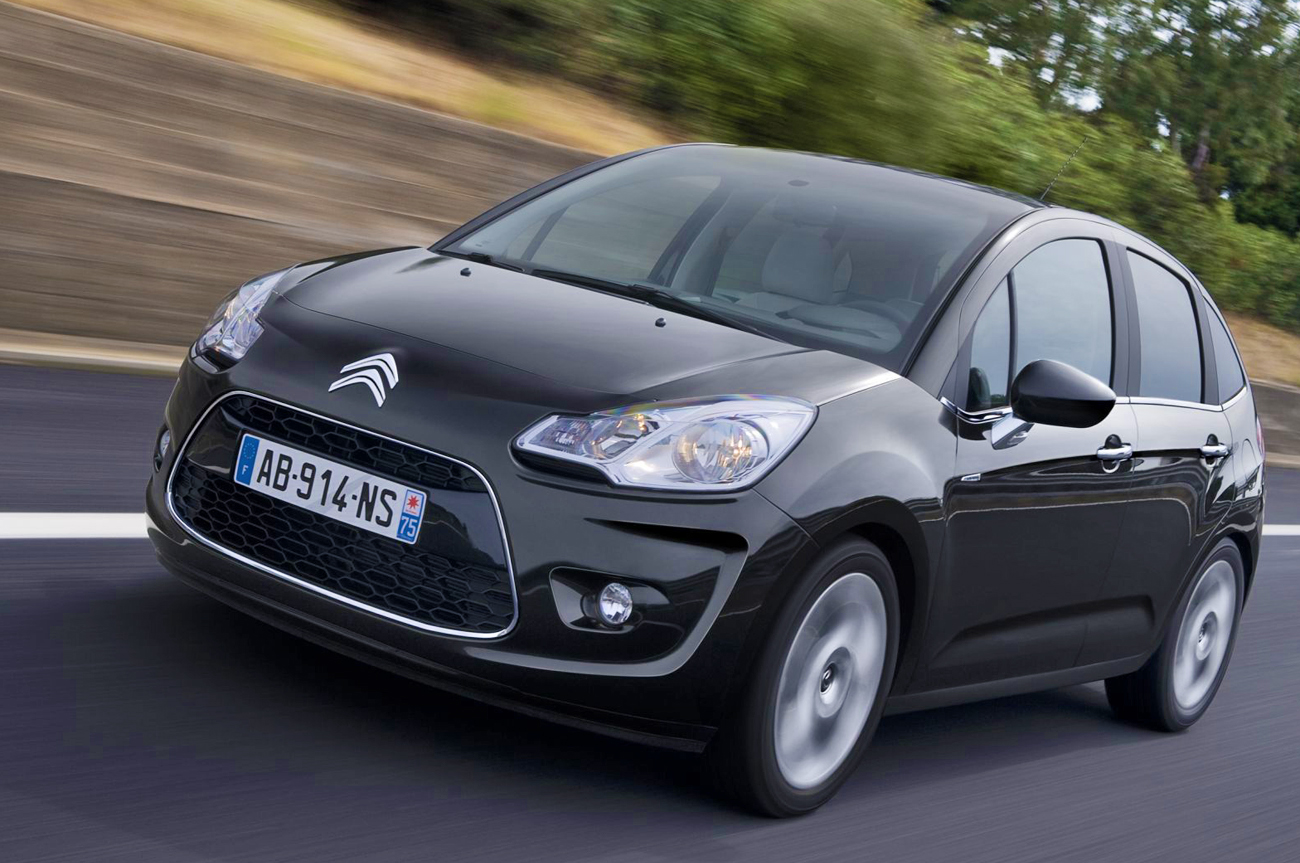 Citroën’s C3 hatchback wasn’t exactly the most memorable of cars. In fact, it was dull and dumpy, and ended up being outshone by the edgier and sexier C2. But things have changed at Citroën. The French brand has taken full control of the local operation, and it’s launching some exciting cars. One of those is a completely new C3.

The C3 is the third all-new Citroën model to make its local debut this year, and in volume terms, it’s easily the most important. It replaces both the previous C3 and the more attractive C2, and aims to provide a more comprehensively equipped, more aspirational and sophisticated product than either of its predecessors.

Positioned at the premium end of the subcompact sector, the C3 is up against some stiff competition, though, including Volkswagen’s just-released Polo, PSA stablemate Peugeot’s recently updated 207, and arch-rival Renault’s Clio, also recently refreshed. But Citroën would like to think it’s offering delivers something those others can’t: individuality. The French marque has been working hard at nurturing an image of exclusive design, rather than trying to run with the mass-market pack.

While some of that design content may be considered esoteric, or even oddball, it’s also true that it has allowed Citroën to be acknowledged as a purveyor of vehicles that offer something a little different.

Does that make the C3 a designer’s delight? Well, that depends largely on personal preference and perception. It does have a very distinctive, individual shape. And while it’s not quite as bulbous as the previous C3, the rounded roofline remains a key design feature.

The Citroën certainly looks both larger and more upmarket than the on-paper dimensions suggest, while the detailing and the brightwork add an unexpectedly sophisticated touch.

That attention to detail is one of the C3’s most compelling attractions. Rather than mass-produced, this hatchback looks carefully sculpted, with finely executed curves and contours that tease (and please) the eye from every angle.

The rounded rear is most reminiscent of the old C3, but embellished by a broad chrome strip, a subtle roof spoiler and a deep rear apron. Only the jutting extremity of the chrome-tipped exhaust seems a little out of place here, given the visual harmony of it all. Even so, the overall impression is sophisticated, elegant and grown-up. Citroën is particularly proud of what it calls the Zenith windscreen – an expansive piece of glass that reaches high up into the roofline, and creates an unusually spacious impression when ensconced in the cabin. A sliding roof section provides vital protection from the African sun.

In practice, the roof is more conversation piece than asset: it looks interesting, and provides a brilliant view of the sky while on the move. But if you’re driving, you shouldn’t be looking up there in the first place. And in daytime South Africa, it just lets in too much heat and glare.

Still, the roof is only one of the many special features ensuring that the C3’s interior is easily the most impressive aspect of the car. The combination of soft and painted surfaces, together with intuitive ergonomics and a reassuring sense of  solid quality, make for an intriguing and welcoming space. The dashboard’s innovative design features a glossy finish that looks both smart and contemporary. It’s a welcome departure from the norm,  as are the prominently positioned instrument dials, protected by a separate, slotted overhang that looks smart, but feels a little flimsy.

The switchgear is easily identified and works with robust precision, with steering column-mounted satellite controls for the audio system and cruise control adding both convenience and functionality.

The top-spec 1.6 VTi Exclusive version under scrutiny here comes with a full house of features, including automatic climate control, decent sound with a USB socket and auxiliary jack, Bluetooth connectivity (including audio streaming), and automatic headlight and windscreen wiper activation. Accommodation is generous up front, but limited at the rear – although no more so than other contenders in this category. The boot suffers from a high loading sill and looks quite small, but at 300 litres, it’s more capacious than expected.

Providing the flagship C3’s urge is a willing 1,6-litre four-cylinder powerplant equipped with electronic fuel injection. It’s credited with 88kW of maximum power, and a torque peak of 160Nm.

That should be ample for a car weighing less than 1100kg – but in reality, and at Reef altitude, the delivery is on the peaky side. So, while the C3 gets off the mark enthusiastically enough, it seems to lack incisive midrange urge.

However, the four-cylinder is Euro 5 compliant, and it’s also fairly efficient. Citroën quotes a combined cycle fuel consumption figure of 6,0 litres/100km, while CO2 emissions are pegged at 136g/km.

Just as well, because the engine needs to be exercised to deliver its best, and that requires fairly frequent cog swaps, especially when fully laden, or at Reef altitudes.

The C3 isn’t meant to be a hot hatch, but progress is brisk enough. It will sprint from rest to 100km/h in less than 9 seconds, and complete the 1 000m standing start dash in 30 seconds, while top speed comes to about 185km/h at altitude.

The chassis and suspension are focused more on comfort than response. The dampers are compliant enough to forgive irregular road surfaces, but the downside is a chassis that lacks composure when cornering hard. And while it tries to soak up bumps and dips, the suspension becomes crashy on compromised surfaces.

It doesn’t help that the electrically assisted steering is too light and lacks vital feedback. But what the C3 lacks in crisp response it makes up for with smooth refinement. Overall comfort levels are admirable.

The Citroën C3 is a fascinating and refreshingly individual alternative to more established players in the subcompact category. The focus on quality, progressive design and high equipment levels is impressive, creating an upmarket impression that’s unusual for this segment.

Yes, the engine lacks midrange verve, the steering lacks feedback and precision, and the soft suspension spoils an otherwise decent chassis. But the little French machine has a certain design appeal unusual in this sector.

Add high comfort and safety levels to the equation, and the C3 could well put Citroën’s name back on the map – for all the right reasons.