Brownian Motion, as applied to celestial bodies Jacob a...

Brownian Motion, as applied to celestial bodies Jacob and Julius 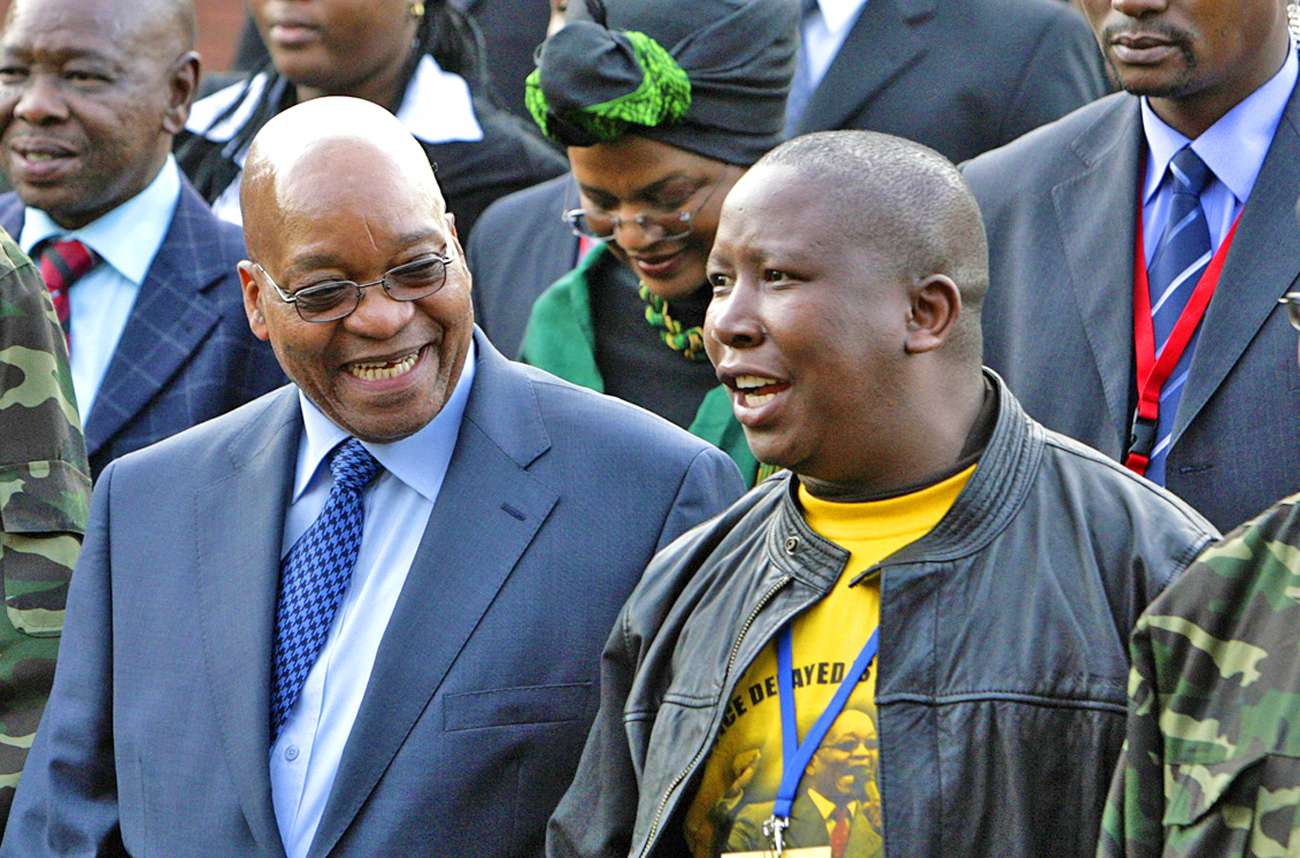 Political momentum is an odd thing. It doesn’t even really have a proper definition. But most politicians know its importance.

It’s about doing the running and being seen to do the running. And if you think of the swirl moving in a cup of President Jacob Zuma’s rooibos tea, with a touch of honey, you will detect certain currents within it. (No jokes about whirlpools, please.) But as those currents drift and change, the application of a spoon can push them in different directions.

Well, we’ve had things going one way for quite a while. It appears that Zuma, along with some of his allies, may have applied spoon, and the political currents that have dominated our discourse for much of this year are changing. The two big movements have been these. The dive of Zuma, and the difficult-to-explain rise and rise of Malema. As they both inhabit the same teacup that is the ANC, their own currents interact and affect each other. And to keep their own respective currents going requires effort.

Zuma has been almost conspicuously absent for much of the past year. But he’s back, and he’s doing all the right things quite carefully. He first gave notice that he’d had enough of things with his trip to the Belle Ombre Taxi Rank in Pretoria. As we’ve noted before, it was a cunning way to kick off a national executive committee meeting. And that meeting seems to have gone his way. According to the ANC’s official reports, he read everyone the riot act. He told them to stop with their crap, to stop the infighting and to keep it all behind closed doors.

What is pretty clear, is that he had the support of much of the NEC in this. There was no rebellion against him, and it’s a message that seems to have gone down well. He’s now got his big trip to Zimbabwe to try to get the “Global Political Agreement” back on track. It’s a horrible job, but if anyone has the experience and the nous to pull it off, he does. He’s the guy who pondered aloud whether there was something in the waters of the Congo rivers because it made everyone want to fight. And there’s nothing like a big old foreign policy victory to make everyone forget about your domestic woes for a while.

It’s easy to pooh-pooh his forays into the lives of ordinary South Africans, but the trips to Chris Hani Baragwanath and the two paramedic crime-victims (one was raped) have worked well for him. There’s nothing like having the President come to you and feel your pain. It makes it look as if he cares (and he truly does, which probably helps a bit) and he’ll then go out and call the rapists “animals”. Crude perhaps, but effective enough.

And by using his spoon in this way, he’s beginning to impact on that big young stirrer, Malema. Because Malema has now had two big setbacks in just 48 hours. Of the two, the NEC is easily the hardest to overcome. If he now speaks out too much, Gwede Mantashe has carte blanche to crack down hard. It might be a little too Machiavellian to read too much into this, but Zuma probably thought a little before sending Mantashe out to tell the world of the NEC’s decision. It shows, perhaps, that Zuma is giving Mantashe his backing. If he has to chose between Mantashe and Malema, he’s chosen Mantashe, for now.

But the Equality Court ruling against Malema presents our enfante terrible with some more problems. He can’t claim to respect the courts, which he says he does, yet fail to appear in court and keep on sprouting the kind of stuff he has. He’s going to appeal, but that will take some time to go through the works. In the meantime he has the full fury of Afrikanerdom coming down upon his head, after he sang his little ditty last week. You’ve got to hand to the Afrikaners, in this case, their coordination is brilliant. So when he’s not with the Human Rights Commission, he’ll be with the police, and if he’s not with them, he’ll be back in the Equality Court – if he appears, that is. Those rumours about his bank account better be true if he hopes to retain a good lawyer for all the games he’ll have to play.

What’s really interesting about political momentum is how quickly it can change. It’s all about vectors and side forces and downward swings and upward charges. If Zuma can keep this up for a couple of months, any talk about plots to unseat him at the ANC’s national general council will disappear like mist. But, as the laws of energy dictate, energy is never destroyed. It is rather transformed and heat is one of its forms. In this case, it’ll be Julius Malema who’ll be feeling it.