The unbearable consistency of being Winnie

The unbearable consistency of being Winnie 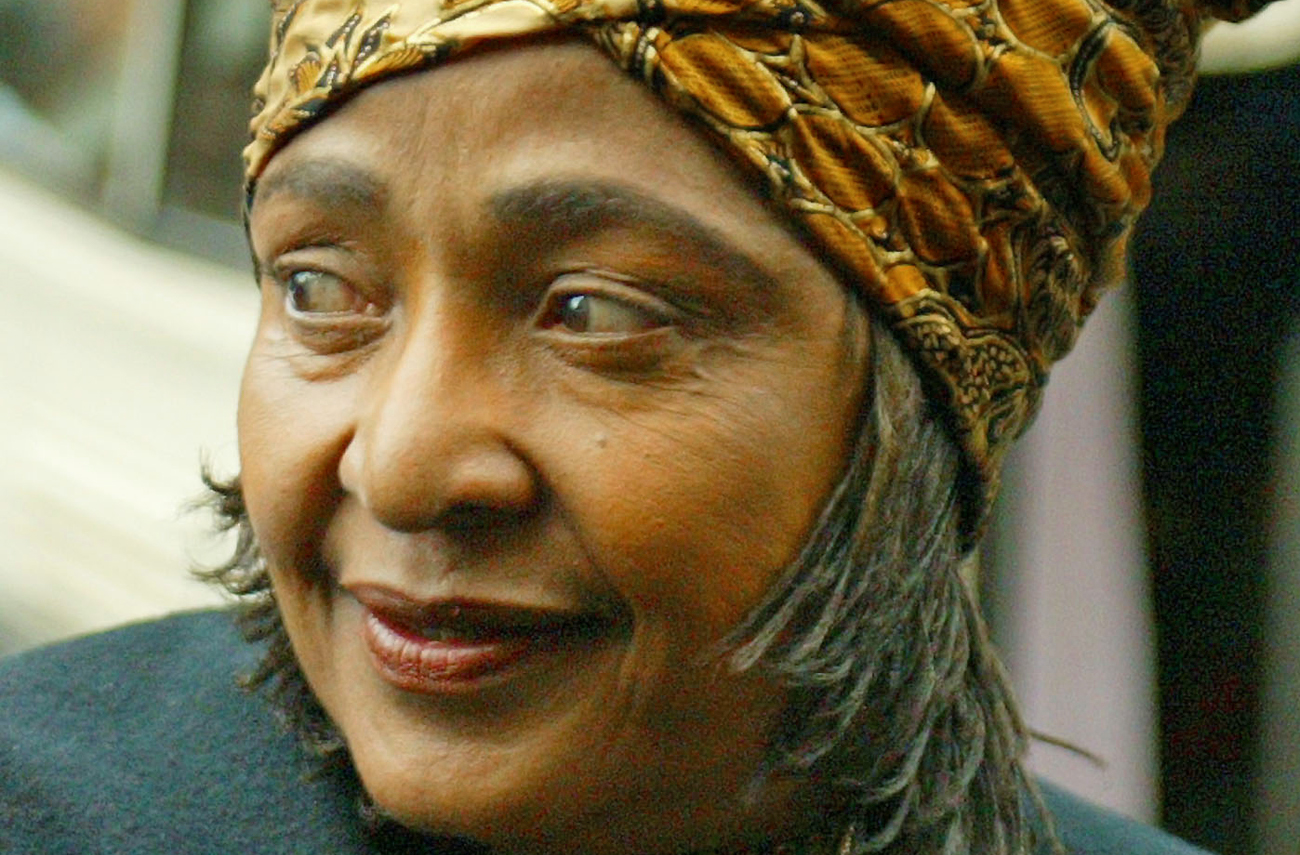 Winnie Madikizela-Mandela’s recent comments have caused a stir, again. But knowing her so well, can we really be surprised? The rash judgements are just another face of one of the most complex people in the already crowded pantheon of conflicted characters of our age.

If you spent the last couple of days in the farthest reaches of the Karoo, Madikizela-Mandela told writer VS Naipaul and, more pertinently, his wife Nadira Naipaul, who is a columnist for the Evening Standard in the UK during a recent visit to Soweto, that the head of the world-renowned Truth and Reconciliation Commission, Archbishop Desmond Tutu, was a “cretin”; that her former husband had struck a poor deal for black South Africans; that she would never forgive Mandela for accepting the Nobel Peace Prize with former president FW de Klerk; and that the Mandela name is “an albatross around the necks of my family”.

For the record, we are shocked. We are also shocked at how shocked we are, because by rights we should all be inured at this point to Winnie’s intermittent stream of shocking statements down the years.

Yet shock belittles the complex conversation that actually took place and the splendid, touching piece that Naipaul wrote, which obviously wasn’t intended as a piece of muckraking journalism at all.

What Naipaul reflected was something we all instinctively know about Madikizela-Mandela: that she is a contradiction inside an enigma. In popular imagination she is a fearsome creature; a many-headed hydra, the constituents of which don’t appear to agree with each other. She is both kind and cruel, forceful and pained, angry and righteous, blind and all-seeing, plainspoken and hyperventilating, arrogant and self-critical.

Naipaul writes about Winnie with great sympathy, reflecting her view of herself as the person who “cracked the one-sided mirror”, a necessary evil if you like, but who is now discarded and ignored in a new world. This is something about which she is rather resentful.

“As she spoke, I looked at her thinking she was, at 73, as her reputation promised, quite extraordinary. The ANC had needed this passionate revolutionary. Without her, the fire would have been so easily extinguished and she had used everything and anything to stoke it. While some still refer to her as Mother of the Nation, she is decried by many because of her links to the Stompie (Moeketsi) murder and other violent crimes during the apartheid era, and a conviction for fraud.

” ‘Were you not afraid?’ I asked instinctively, but then I regretted this foolish query.

“She looked towards my chair. Her grey glasses focused on my face. ‘Yes, I was afraid in the beginning. But then there is only so much they can do to you. After that it is only death. They can only kill you, and as you see, I am still here.’”

One of the intriguing aspects of Madikizela-Mandela is whether she is consistent or not. Most people consider her inconsistent and much of the press reaction to her comments focused on how she was now apparently trashing her former husband when just a few months ago she had accompanied him to the opening of Parliament, occasionally holding the hand of his new wife, Graca Machel.

Yet, there is a counter-argument that she is entirely consistent, and this too is reflected in Naipaul’s article. Madikizela-Mandela apparently called the TRC “a charade” and chastised Mandela for having agreed to do it.

“’What good does the truth do? How does it help anyone to know where and how their loved ones were killed or buried? That Bishop Tutu who turned it all into a religious circus came here,’ she said, pointing to an empty chair in the distance.

“’He had the cheek to tell me to appear. I told him a few home truths. I told him that he and his other like-minded cretins were only sitting here because of our struggle and ME. Because of the things I and people like me had done to get freedom.’”

In fact, for all her harsh words, Madikizela-Mandela did appear before the TRC and the final report found her “responsible for committing such gross violations of human rights”.

When begged by Archbishop Desmond Tutu to admit that “things went horribly wrong” and apologise, Winnie finally said sorry to Stompie’s mother and to the family of her former personal doctor, whose killing she is alleged to have ordered after he refused to cover up Stompie’s murder, the article records.

All of this is horrible and venal and her stupefying arrogance and self-regard, all clothed in struggle garb, is nauseatingly visible throughout the conversation.

But it is consistent. Madikizela-Mandela regards her blinded, stubborn righteousness as a crucial part of the revolution she was trying to stoke, easily understandable in the circumstances.

“Maybe she did not know when to stop. Maybe that is the bane of a revolutionary: they gather such momentum that he or she can’t stop. I saw that although her trials and tribulations had been recorded, the scars on the inner, most secret part of her spirit tormented her,” she writes.

So now Madikizela-Mandela is in hot water again and the ANC intends to “engage her” on her remarks. But no one appears to be in a great rush to do so.

ANC spokesman Ismael Mnisi said the party had sought to contact Madikizela-Mandela since the article appeared, but without success. She is abroad, either in the US or Britain, he said, and may be back in time for a meeting of the party’s national executive this weekend. “We are likely to see her there, and we’ll engage her then,” he told The New York Times.

Or perhaps we will just wait for the next inevitable outburst. There are few things more mesmerising than a tragic-hero, and Madikizela-Mandela represents in South Africa’s tempestuous past the dark side of heroism and the light side of tragedy.