The magical adventures of Carlos Slim, richest man on E...

The magical adventures of Carlos Slim, richest man on Earth 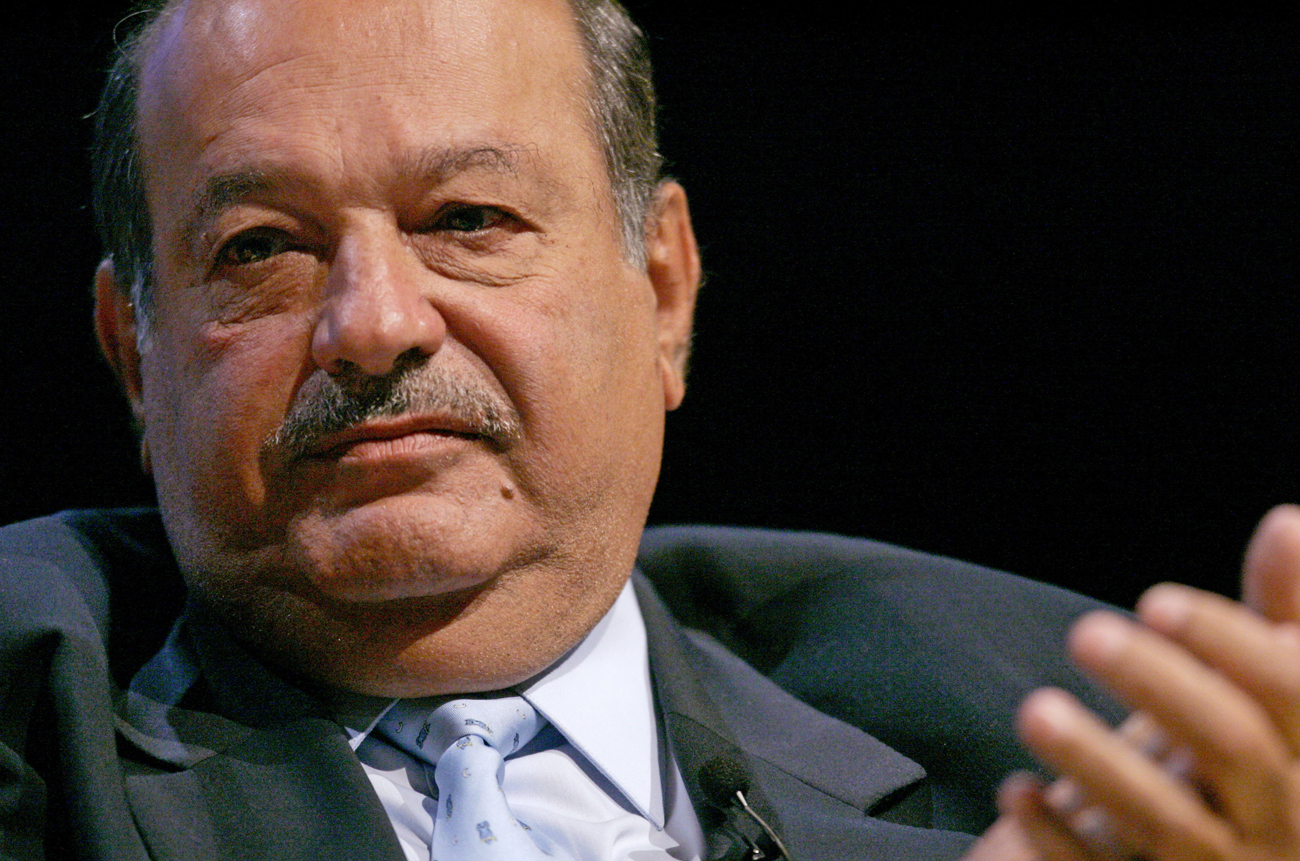 It’s a story that veers between dynastic saga and magic realism, between rags-to-riches melodrama and the invasion of the normal by the strange. Whatever it is, though, Carlos Slim Helu’s position atop the Forbes Rich List is symbolic of something new in the world.

If Jeffrey Archer and Gabriel Garcia Marquez were to ever co-write a book, the result would be the life of Carlos Slim Helu, Mexican financier and philanthropist – and as of Wednesday March 10, Forbes magazine’s richest bloke on the planet.

From Archer would come the rags-to-riches stuff, the early chapters about the immigrants and the hardships and the families. Something like: at age fourteen, Julien Slim Haddad flees Lebanon for Mexico and opens a dry-goods store with his brother. Although uneducated, he’s shrewd and hardworking and in 1910, when the revolution delivers a broadside to the Mexican economy, he decides to stay put. By the 1920s he’s a successful businessman with substantial real estate interests. He marries the daughter of Lebanese immigrants and has six sons.

When the fifth son, Carlos, is thirteen, Julien dies. The boy can go one of two ways, but he remembers the example of his father and opts for the way of diligence and thrift. He studies civil engineering and teaches mathematics in his spare time, all the while investing cautiously in stocks. The same year that he gets married he incorporates his first company, a brokerage. He lives modestly and re-invests the earnings in expansion and acquisitions.

Which is where Garcia Marquez takes over the narrative. Carlos Slim’s business nous and clear-eyed patience notwithstanding, the rest of the story belongs to the genre of magic realism. Each time he buys a company he reckons is under-valued, his calculations turn out to be correct; each time he diversifies into another industry, it turns out to be an industry with an expanding market.  Then in 1982, when Mexico is hit by an economic crisis, he remembers the actions of his father in 1910 – not only does he stay put, he acquires aluminum concerns and tire companies and retail chains. The economy recovers and he makes a killing.

By the early 1990s Slim has substantial interests in US brands such as Firestones tires, Hershey’s chocolate and Denny’s coffee shops. Still, he’s yet to find his real mojo. That only happens when the Mexican government starts to shed its state-owned monopolies. Slim’s holding company, Grupo Carso, has already gone public and with the help of American and French partners he buys the national fixed line telco, Telefonos de Mexico. Somehow, the part of the company that really captures his attention is the small cellular division; he enlarges it by resisting the wishes of the board and offering customers pre-paid phone cards. The customer base grows by 66 percent every year for the next fifteen years.

In 2000 the dot.com bust puts foreign-owned Latin American cellular companies in the poorhouse, and Slim rides in to save them. Soon his company America Movil is the largest cellular services provider on the continent. In 2007, his entire business group is valued at $150-billion by Fortune magazine.

The final scene, if Garcia Marquez is writing it, probably refers to the bitterness of the developed world at having been beaten at its own game. Perhaps mention is made of the following article from the Guardian, dated March 10, 2010: “Slim, the titan of mobile phones in Mexico, criticised as a ruthless monopolist, was crowned as the richest person in the world by Forbes magazine, which calculated his net worth at $53.5bn. Bolstered by a surge in the share price of his America Movil empire, Slim’s wealth edged ahead of the $53bn fortune amassed by the Microsoft boss Bill Gates, making the portly cigar-smoking 70-year-old the first non-American to hold the top spot since 1994.”

Does Garcia Marquez also note that the Guardian, at the end of its article, snidely suggests that Slim wouldn’t be the world’s richest man if Gates hadn’t given away so much of his wealth? Maybe. But then maybe he refers instead to the future, to an event that has a very good chance of happening, even if it seems unbelievable to some people.

Slim, who in 2009 became the largest shareholder in the company that owns the New York Times, might insist on a seat on the Grey Lady’s publishing board. That, if it came to pass, would be a real changing of the geopolitical guard; a metaphor almost as symbolic as a Latin American atop the Forbes Rich List.