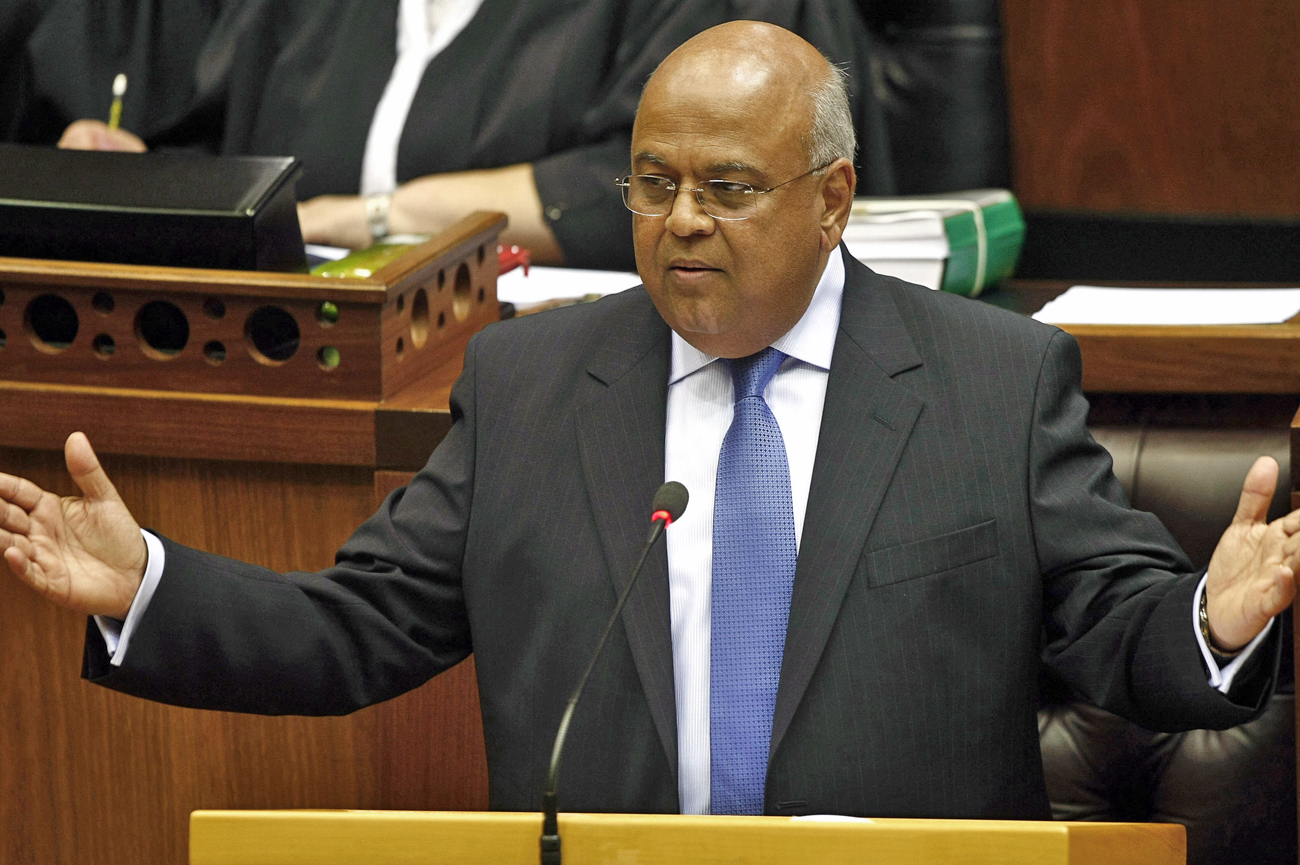 South Africa doesn’t have the president that the country deserves. But it may have the best possible finance minister it can get.

Get past the numbers and the ratios; any national budget is necessarily an act of personal revelation. Finance ministers don’t have the luxury of hiding behind plans and programmes. Budgets are precisely, numerically quantifiable. If presented honestly, they reveal with brutal truth the nation’s fiscal state.

Finance ministers can’t duck the stuff which splashes off the fan; you have to take it and try to move on.

Wednesday’s budget constituted the first opportunity to really see our new finance minister without the normal screen of verbiage and personnel that typically cocoon the various administrators of the arms of state.

It’s just a personal opinion, but watching Gordhan in action, and notwithstanding his defence of our errant president, I have to say I wondered whether I wasn’t listening to the president that should have been.

Gordhan’s easy intelligence, his erudition, his precise and yet vaulting conceptualisation of the national state and the state of the nation, his focus on the issues at hand, were such a wonderful antidote to Zuma’s flailing and stumbling.

President Zuma’s opening of parliament speech: “These moments in our history (Mandela’s release) demonstrate our ability to come together, even under the most difficult of circumstances, and to put the country’s interests first above all other interests.”

Here is Gordhan making more or less the same point, but doing so with real verve. “As South Africans, we have learnt over the past 20 years that our shared humanity, our generosity, our resilience and our capacity to deal honestly with each other present a formidable capacity to fight adversity, to find common ground and to move forward. In an important sense this is our most precious national asset – our social capital in the making.”

Suddenly we are dealing with a new concept – “social capital” – not just a tribute to an inspirational person. Zuma wants us to follow Mandela’s example; Gordhan wants so much more: honesty, shared humanity, resilience and forward momentum.

Yet for all that, Gordhan’s budget was a cautious affair. The truth is that he didn’t really grab any of the available bulls by the horns, perhaps coming up short of his own ringing exhortations.

But then he didn’t. No measures to stabilise the rand, no shifting the inflation target, no real tax changes of any great import. There was some indication of increased focus on youth unemployment, but in all honesty, you have to say this budget was a holding operation.

Yet, caution is not necessarily a weakness in a finance minister, and the fact is that the worst global recession in 70 years and the first recession of the new government does tend to crimp one’s style a bit.

You have to look into the details of the budget to see where “doing things differently” may not be happening now, but may happen in the future.

In Gordhan’s context, differently necessarily means doing things differently from his predecessor, Trevor Manuel, and this is perhaps the most interesting contrast, because in many ways they are so alike.

Both have a bit of steel in their approach to public finance; a determination to hold the line against the clamours for “more money, more money” that always ring in the ears of finance ministers. It was revealing that Gordhan took time out to mention the arrest of people in KZN for defrauding the social grant system.

Just as Manuel would have no compunction about rapping the knuckles of banks for not paying their taxes during his budget presentations, Gordhan has taken over this tradition.

Yet, Gordhan does seem to be more comfortable with a higher level of debt than his ultra-cautious predecessor, holding off on tax hikes to allow the level of national debt to inflate a bit. Would Manuel have done the same? Probably, but perhaps not quite to the same extent.

The big difference, at least for now, between Manuel and Gordhan is that Gordhan seems to be a bit more of a conciliator and a team builder. Manuel’s eventual career-limiting move, if you can call it that, was setting himself up as a kind of one-person barrier between Cosatu and fiscal policy, possibly egged on by his boss.

Gordhan’s instinct is to be more inclusive, no doubt egged on by his boss. Who knows where that will end up, but you can’t fault him for trying. He’s just started on his journey as a finance minister, a journey that almost always ends in tears. Being finance minister is almost by definition a political lacuna, because you are the person who says “no” all the time to all your colleagues.