Kiribati: not waving but drowning

Kiribati: not waving but drowning 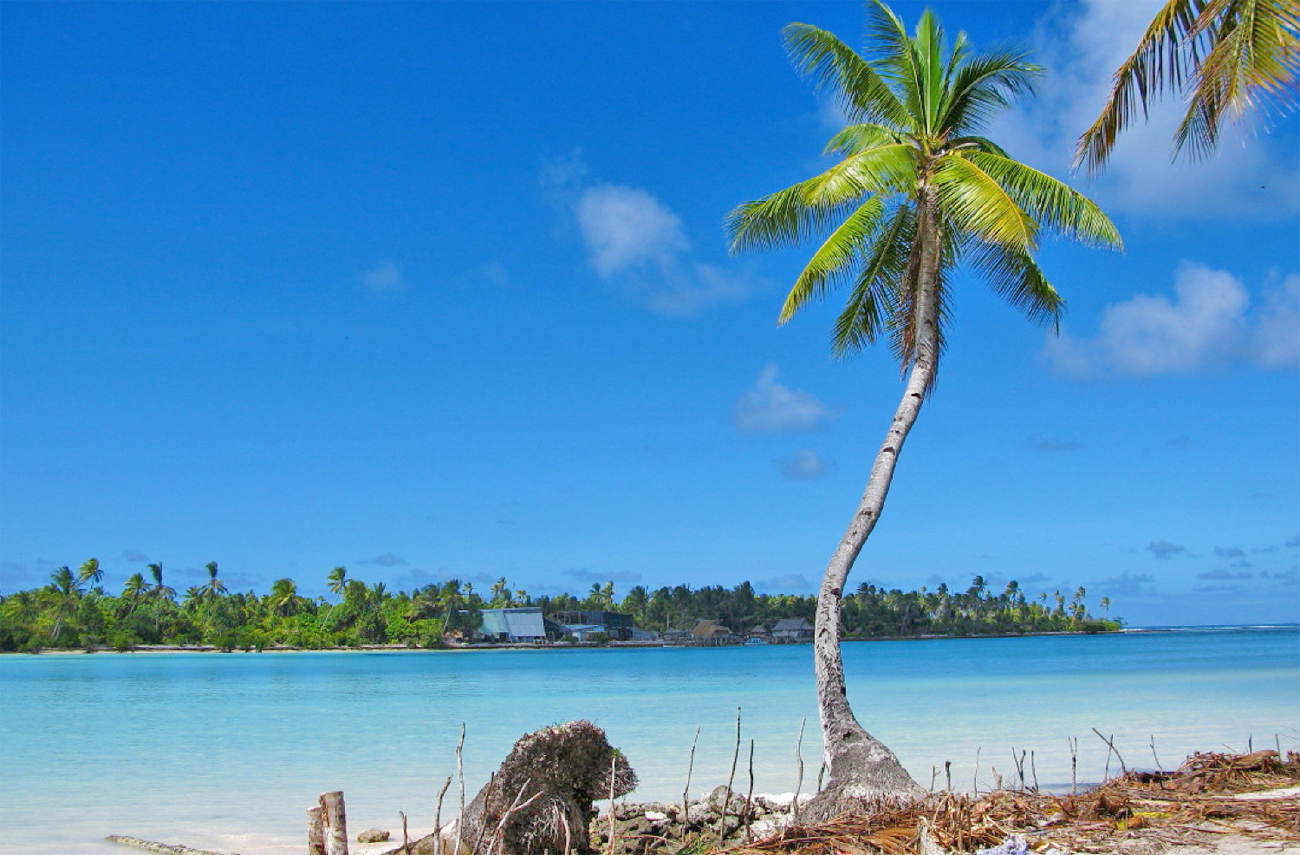 Stevie Smith’s famous poem about the man thrashing about in the sea could easily apply to the island nation of Kiribati. Ten years ago it was the first country to celebrate the new millennium; now it looks like being the first casualty of rising sea levels.

In late October 2006, Anote Tong, the president of the Republic of Kiribati, sent a warning to the governments of Australia and New Zealand. Tong told the two most developed nations in the South Pacific, the same geographic region in which his island country is located, that within the next decade they could expect a massive influx of his fellow citizens. “If we are talking about our island states submerging in ten years time, we simply have to find somewhere else to go,” he said.

Tong was speaking at the annual South Pacific forum in Fiji, where a key item on the agenda was global warming and rising sea levels. Kiribati is understood to be at immediate risk from thermal expansion, which causes glacial meltdown, and may be the first country to disappear entirely beneath the waves as a result of climate change.

So how concerned should Australians and New Zealanders be about Tong’s promise of a mass exodus? Not very, given that the population of Kiribati – according to a 2009 United Nations estimate – is only 99,000, one of the world’s smallest. Also, perhaps heartened by the constructive response of Australia and New Zealand to the crisis, the government of Kiribati has now begun looking to other rich nations for assistance.

As Agence France-Presse reported in December 2009, Tong’s government is hoping to establish small Kiribati communities around the world before its islands are deluged by seawater. Kiribati, a former British colony known as the Gilbert Islands, first came to the attention of the world in 1997, when its then-president Teburoro Tito fulfilled a campaign promise and moved the international date line – which had until then bisected the islands – far to the east. The move meant two things: first, it would never be “today” on one Kiribati island and “tomorrow” on another; and second, Kiribati would be the first nation on Earth to celebrate the new millennium.

“Kiribati officials hope to bring cruise ships to Caroline Island, an uninhabited speck that is the easternmost land in Kiribati, but to focus onshore festivities on Christmas Island, which has a population of 3,500,” the New York Times observed after Tito’s action. “The challenge is that Kiribati does not know a great deal about tourism. It gets only about 4,000 visitors a year, making it one of the least-visited countries in the world. Hawaii gets as many visitors in six hours as Kiribati does in a year.”

In the event, the millennium party on Kiribati went swimmingly. Caroline Island was renamed Millennium Island, and all the major news networks broadcast images of grass-skirted dancers on its tropical beaches welcoming in the new era.