Peter Gabriel at 60: a remarkable life

Peter Gabriel at 60: a remarkable life 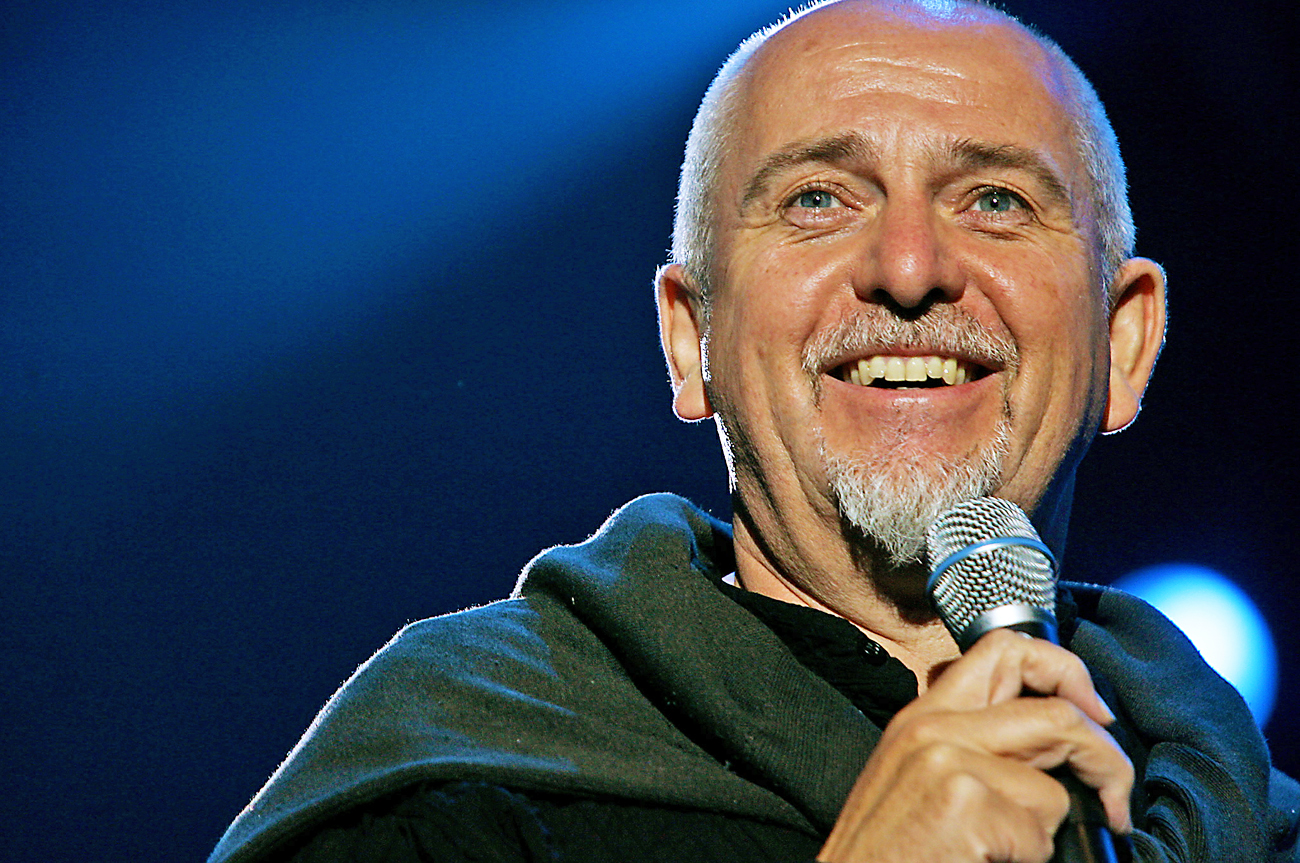 The co-founder and erstwhile front-man of Genesis was always destined to be way more than a pop icon. On his sixtieth birthday, we look back on the full and extraordinary life of a performer, innovator and humanitarian.

Rolling Stone magazine aren’t big on understatement, but something about the opening paragraph of their online Peter Gabriel biography doesn’t quite cut it in terms of scale. “Since leaving Genesis in 1975 to begin a solo career, Gabriel has revealed a new array of guises,” the magazine notes, “including pop star with a distinctively mellifluous voice, soundtrack composer, social activist, and world-music aficionado as well as benefactor, music-video innovator, and multimedia artist.”

By all accounts it’s been an incredibly large and diverse life, and you can’t really blame Rolling Stone for the limited perspective – to properly articulate the story, what’s needed is a book. Still, they’ve helpfully provided the important categories, which on the occasion of Gabriel’s 60th birthday can be used as a guideline for a retrospective.

First, there’s the narrative of Genesis. Gabriel co-founded the group in 1967 while at the Charterhouse School, with fellow pupils Tony Banks, Anthony Phillips, Mike Rutherford and Chris Stewart. Extravagant stage sets, dreamlike storytelling and   flamboyant costumes were the secret to their fame in Europe; amongst Gabriel’s better-known costumes (each one was named) were “Batwings,” “The Flower,” “Magog,” and “Britannia”.

Then there’s what Rolling Stone calls the pop star with the “distinctively mellifluous voice”. Gabriel’s first solo success came with the single “Solsbury Hill,” a self-reflective track about leaving Genesis, which reached the Top 70 on the Billboard Hot 100 in 1978. His third album, credited as the first LP to introduce the “gated drum” sound to popular music, achieved chart success with “Games Without Frontiers” – the track got to number 48 on the US charts. It was Gabriel’s fourth album, though, released in 1982, that brought the commercial breakthrough – the album’s “Shock the Monkey” was a Top 40 US hit, and its music video held number one spot on MTV for nine weeks. In 1986 he followed up with the album “So” and the most popular tracks of his career: “Sledgehammer,” “Big Time,” and “Don’t Give Up” (a duet with Kate Bush).

After “Sledgehammer,” a chart-topper in the US, Gabriel would never again release a number one single. The closest he’d get would be in 1992, with “Digging in the Dirt” (number 52) and “Steam” (32). His legacy, of course, was destined to be shaped in other ways.

As a soundtrack composer, Gabriel had won a Grand Jury Prize at Cannes in 1984, for his score on Alan Parker’s film Birdy. In 1988 he composed the score to Martin Scorcese’s The Last Tempation of Christ, and won a Grammy for it. He returned to the form in 2002, composing the soundtrack to the Australian film Rabbit-Proof Fence. But it was the “social activist” entry on his Rolling Stone resume that was by then the standout part of the Peter Gabriel brand.

WATCH: An emotional version of Biko, performed on the final day of the 1986 Amnesty International Conspiracy of Hope Tour.

Gabriel’s single “Biko,” the first popular song to reflect the political situation in pre-1990 South Africa – the track was released on his second album, in 1980 – had a profound effect on the anti-apartheid movement. In 1988 and 1990 he was intimately involved in the Nelson Mandela concerts at Wembley, where “Biko” quickly became the rallying cry. Also in 1988, Gabriel worked with Amnesty International to set up the Human Rights Now tour, and performed across the world with Sting, Bruce Springsteen, Tracey Chapman and Youssou N’Dour. For co-founding WITNESS, a non-profit group that equips, trains and supports organisations to use video and the Internet in human rights documentation and advocacy, Gabriel won the North-South Prize in 1995. In 2006 his work with WITNESS was recognised by the Nobel Peace Prize Laureates, who honoured him with the Man of Peace award.

Rolling Stone’s “world-music aficionado” tag is obviously a reference to WOMAD, the Gabriel-financed project designed to bring African and Far Eastern music to Western ears. As a “benefactor” he’s given his time and resources to a wide range of charities, over and above those already mentioned, and as a “music-video innovator” he’s almost single-handedly defined the form – the “Sledgehammer” video was almost to MTV what the introduction of sound was to film. Rolling Stone’s final adjective describing Gabriel, “multimedia artist,” is a reference to a branch of his corporation founded in 1994, Real World Multi Media, which has done pioneering work in cross-platform technological expression.

It’s a huge amount to cram into a lifetime, and there’s been no sign recently that he’s slacking off – in 2007 Nelson Mandela announced the formation of The Elders, a group that works to solve global conflict (members include Desmond Tutu, Graca Machel, Kofi Anan and Jimmy Carter), and pointed to Gabriel as a founder. Then, in 2008, he was named Amnesty International’s “Ambassador of Conscience”.

Today, Peter Gabriel becomes a sixty-year-old. It’s likely to be the decade he wins a Nobel Peace Prize.

Watch: Peter Gabriel – Come Talk To Me, from the Secret World Live video