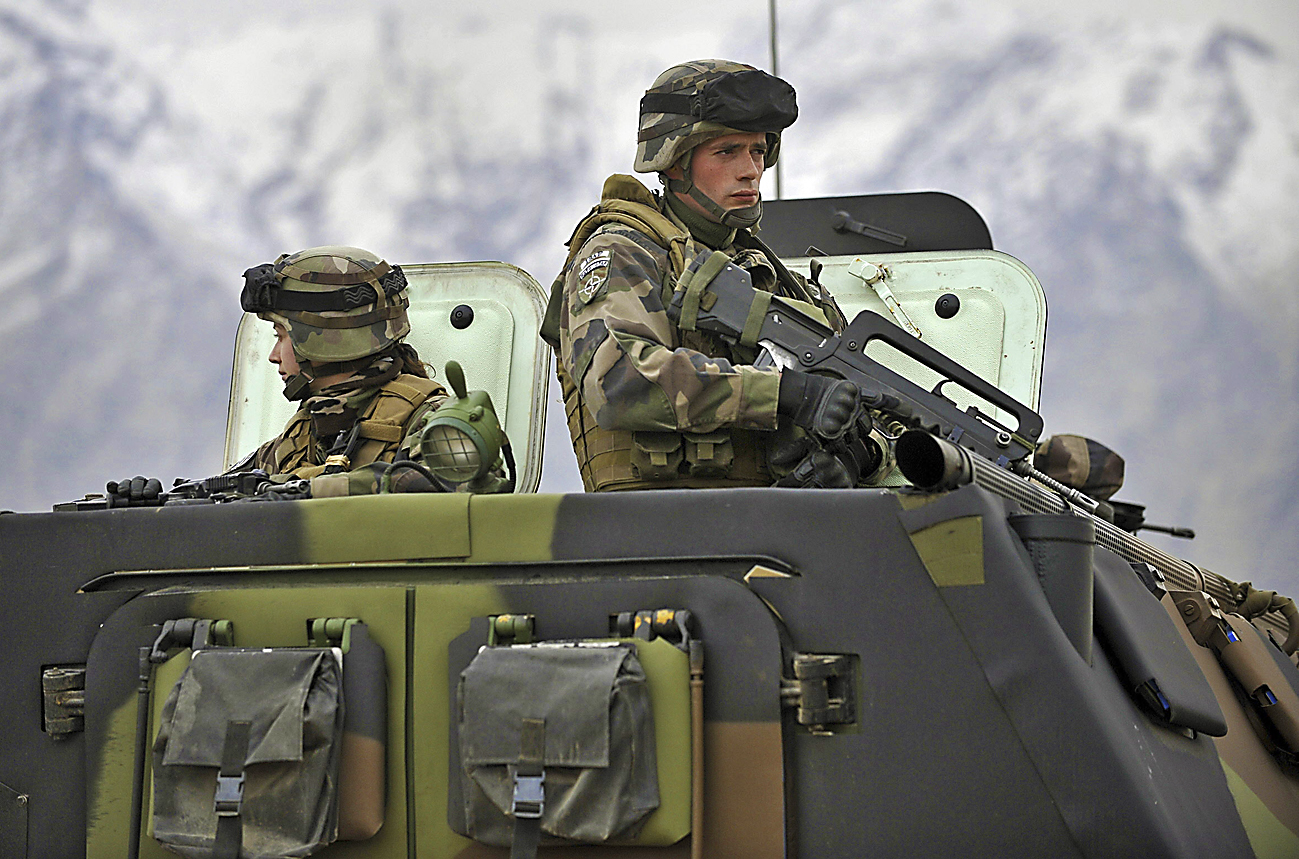 The stage is set for the biggest battle of the Afghan war, as Nato forces and Afghan troops surround some 1,000 Taliban militants in Marjah, a town of about 80,000 people that supplies the lucrative opium trade. It’s going to be brutal and fierce, as land mines and bombs litter the fields and roads of the farming area about 600 kilometres southwest of the capital Kabul. The date for the attack has been kept secret, but it’s certainly imminent. Nato wants to return the town to Afghan government authority, and win back the hearts and minds of the locals. The opium trade provides the Taliban with cash for weapons, and the offensive is an attempt by Western-backed forces to definitively rout the Taliban after US President Barack Obama committed another 30,000 US troops to the war. Photo: Reuters.

EU ready to help Greece, but short on specifics

The EU says it is ready to bolster Greece’s finances to safeguard the euro, after thousands of Greeks took to the streets over fears for their jobs in the face of the country’s $270 billion debt. Other than that, there’s no specific promise of aid to help tackle Greece’s budget deficit of 12.7%, way higher than the 3% that Eurozone rules allow. In past years, Greece has acted like there’s no tomorrow, spending heavily as tax revenues shrunk. EU leaders say the government of Prime Minister George Papandreou must take measures to cut the deficit by 4% this year. That’ll take some real belt-tightening, and the EU will have to stringently monitor the country’s tough austerity programme. The financial stability of the Eurozone’s 16 nations is at stake. And that means the world will suffer if things head south.

They hate each other for numerous historical reasons, but there’s nothing like a mutual enemy to bring old foes together. So, Japan and South Korea have demanded North Korea unconditionally return to six-nation talks aimed at getting rid of its nuclear weapons. After meeting in Seoul, Tokyo’s foreign minister then offered the usual regrets for Japan’s once-brutal colonial rule of the Korean peninsula, which has plenty of historical bearing on the current impasse over nukes. Some years back, North Korea signed an agreement with China, Russia, Japan, South Korea and the US to get rid of its nuclear weapons, but since then it has tested two nuclear devices, so it’s a mouse that terrifies elephants. Only an armistice marked the end of the Korean War in 1953, so the North repeatedly demands formal peace treaty negotiations as a condition for disarmament, while the other five parties say they want proof of disarmament first. That’s called a perpetual stand-off.

Hundreds of thousands of Iranians marked the anniversary of the 1979 Islamic Revolution, as government security forces clashed with protesters in the capital Tehran, firing teargas and paintballs to mark opposition demonstrators for arrest. The wife of a senior opposition figure was clubbed by plainclothes militiamen as activists tried to attend rallies, but they were outnumbered by a huge crowd at the state-run celebrations that saw Iranian President Mahmoud Ahmadinejad laud the country’s uranium-enrichment programme, while dismissing new US sanctions. A massive security clampdown seems to have limited opposition protests to only hundreds of people, compared with many thousands at past demonstrations.

The Chinese are furious, but US President Barack Obama will meet with the Dalai Lama at the White House next week. This will without doubt further ratchet up tensions between the US and the wannabe superpower, which are already at a low over currency and trade issues, and the constant bogey of human rights and censorship. Obama put off a meeting with the Tibetan spiritual leader in October, and is now under intense pressure to meet him over the thorny issue of Tibetan autonomy. The Chinese invaded the mountain kingdom in 1950, and won’t even speak to the exiled Dalai Lama, who says the Tibetans aren’t seeking independence, but merely greater autonomy and respect for Tibetan culture, religion and language. But the Tibetans themselves are deeply divided over these issues, and US-China relations turn very uneasily on it.

Tuft of hair tells scientists who 4,000-year-old Greenlander was

Scientists have decoded the genome of a Greenlander who lived some 4,000 years ago, the first time the DNA of an ancient human has been analysed in this way. Another eight complete genomes of living people have been decoded so far, but the new study sheds light on the history of North America by showing there was an unsuspected migration of people from Siberia and Greenland some 5,500 years ago. The man belonged to a Paleo-Eskimo culture that scientists say is related to the Chukchis people who live on the easternmost tip of Siberia. The decoded genome came from four tufts of hair dug out of the permafrost on the west coast of Greenland in 1986. In a lucky break for science, the hair was found among discarded samples at Denmark’s national museum, after long being thought to belong to a bear. The genome is so complete that researchers have reconstructed the man’s probable appearance and proneness to disease.

Yemeni authorities declared a ceasefire with rebels that have been battling government forces since 2004 in the north of the country, a place where Al Qaeda is known to roam. Saudi Arabia and the US have also been drawn into the conflict on the clannish Arabian Peninsula, and Yemen’s government is still fighting southern separatists and militants sympathetic to Osama bin Laden. The US has covertly been killing Al Qaeda militants in Yemen, with the Yemenis hard-pressed to keep their relationship at arm’s length. The Nigerian-born would-be bomber of a plane over Detroit on Christmas Day is said to have received training and weapons while in the country. It’s hard to believe any ceasefire will last. It won’t.