ECB will save Greece, but is it just putting lipstick o...

ECB will save Greece, but is it just putting lipstick on a pig? 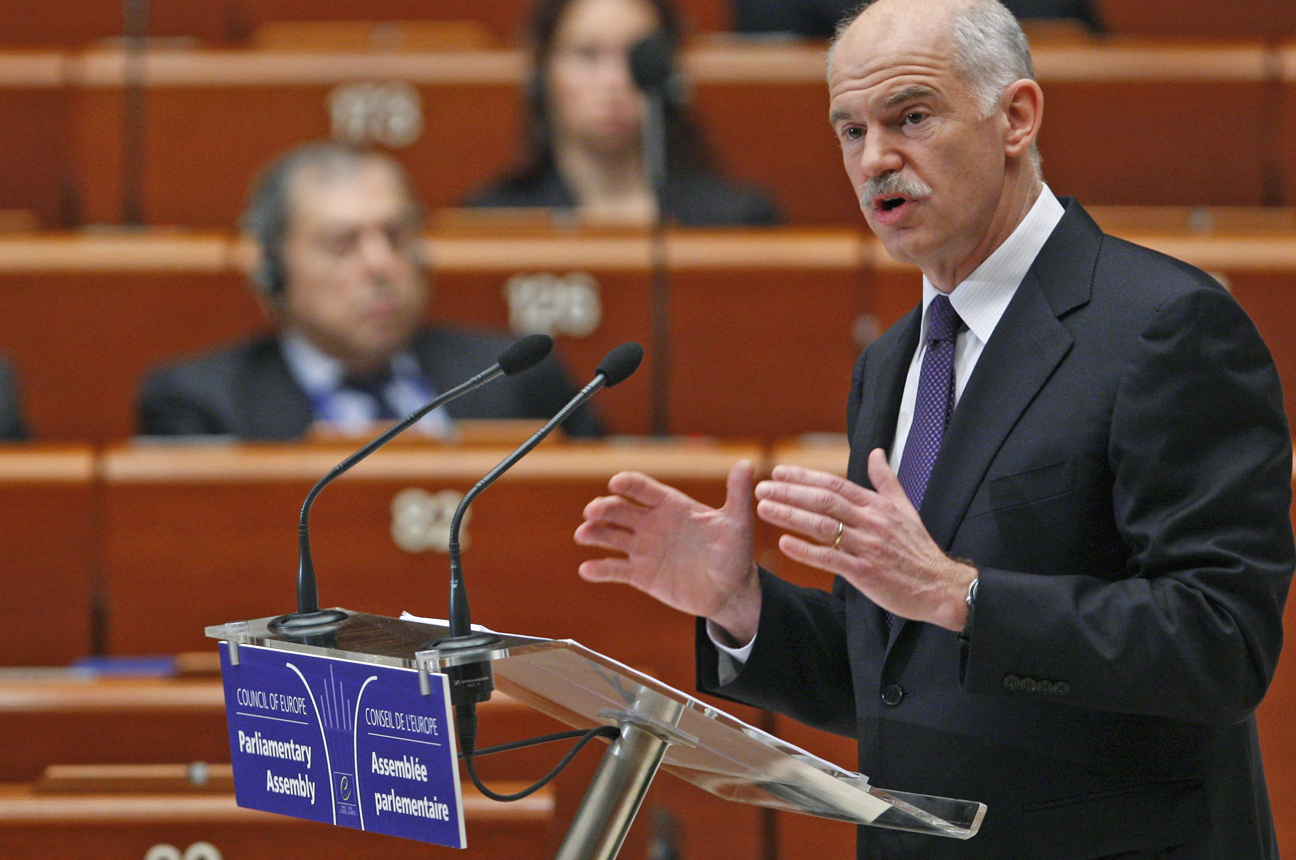 EU officials will have a serious talk on Thursday over rescuing  Greece, but they will not have much choice. The problem, building slowly for years pretty much since Greece joined the euro zone, has the potential to drag a large chunk of Europe, aka PIGS, into the abyss.

My editor and I have been debating the possible larger effects of Greece’s current financial turmoil. It isn’t just its public-sector strike, the likelihood of other unions also going on strike in a few weeks, or that Greece’s government deficit is well beyond EU and European Central Bank required ratios of government red ink.

But, this imprudence, and the subsequent crisis, has also effectively allowed Greece to externalise its sovereign debt, essentially saying to its creditors, “Yes, we realise we have a bit of a debt and deficit problem, but it is also a problem of those kind, generous, frugal, sturdy bankers north of the Alps who are actually (sorta, kinda) our real backers.”

To our simple, straightforward minds, this whole thing looks a little too much like a national-level version of the American sub-prime mortgage ponzi scheme that plunged the world into the mess we’re in now. Go ahead, buy stuff on credit; but no problem, the resulting debts will all end up as somebody else’s problem. This becomes the national economic equivalent (in that memorable image from the 2008 American presidential campaign) of putting lipstick on a pig. In fact, international financial officials even go to porcine terminology – the PIGS are Portugal, Ireland, Greece and Spain – whose heavy levels of debt have been a drag on the euro this the past year, thereby earning them that unflattering acronym in European financial markets.

The pig deepest in the mud right now, of course, is Greece, with the ugliest financial outlook of any member of the euro zone. And now there are fears that a possible Greek government default could lead to a broader, wider contagion – imagine the sound of those falling financial dominoes as investors panic and defaults in one country trigger problems elsewhere. For example, Ireland has its own problems, but it also holds a big chunk of Greece’s debt. Good investment strategy, that.

It seems likely the Greeks won’t be able to enforce the kind of painful austerity measures (higher taxes, less government services, cuts in government employee numbers, cuts in pensions and other “entitlement” spending) that could bring down their deficit (now at about 13% of the Greek GDP), thereby reducing pressure on the government and its borrowing – and the cost of such borrowing.

Besides the deficit, the country’s overall debt-to-GDP ratio is now about 110% – gulp – which means that while the country’s total economic output is around $340 billion a year, its current debt is much more – some $375 billion. That’s higher than any other European country, and those kinds of numbers make investors nervous about new loans as they begin contemplating the possibility Greece might default on its current loans.

Moreover, the Greek problem may not be unique. Coming up behind them may be bigger economies like the rest of PIGS, and maybe even Italy. Bail out the Greeks and what prevents the next one in line from insisting on the same help? An effective collapse of Greece’s ability to keep things together puts more pressure on the other dominos – yes, Greece’s economy is only a few percentage points of the EU’s overall economy – but Italy and Spain are a whole lot bigger. Sure the ECB, France and Germany could hold their noses, swallow hard and support a bailout package for Greece after remonstrating against the Greeks for failing to carry out cuts in spending, but could they do the same to the rest of the European side of the Mediterranean littoral? And if things go down this path, doesn’t this practice of sequential bailouts of sovereign debt create some sort of national-level moral hazard as well? Go ahead, issue more bonds, the Germans will be the support of last resort anyway.

The growing consensus that the wealthy European nations – individually or via the EU and ECB – will eventually come to Greece’s aid has put some starch back into financial markets, giving hope that the economic troubles on the fringes of the Continent might not spread further. But there is apparently no deal on the table formally, yet. And so, European Union leaders are being forced to discuss what was, heretofore, almost unthinkable: bailing out a particularly profligate sovereign EU neighbour – or neighbours. Market participants expect a deal will be announced in a few days. But, if a deal (or bailout, depending on your point of view) doesn’t materialise, hold on to your hats for a new round of market volatility.

EU finance ministers have apparently already been holding video-conferences about this, and Greek Prime Minister George Papandreou has been in Paris to meet with French President Nicolas Sarkozy, before going on to Brussels. EU national leaders are scheduled to meet on Thursday with ECB president Jean-Claude Trichet. But one anonymous senior official told the AP, “It will be like the weather, between today and tomorrow things can change.”

Yeah, like the weather in San Francisco or on Table Mountain. And good luck with herding the PIGS.

For more, read the AP, the Christian Science Monitor, the Washington Post, and the New York Times