And now, the real State of the Nation

And now, the real State of the Nation 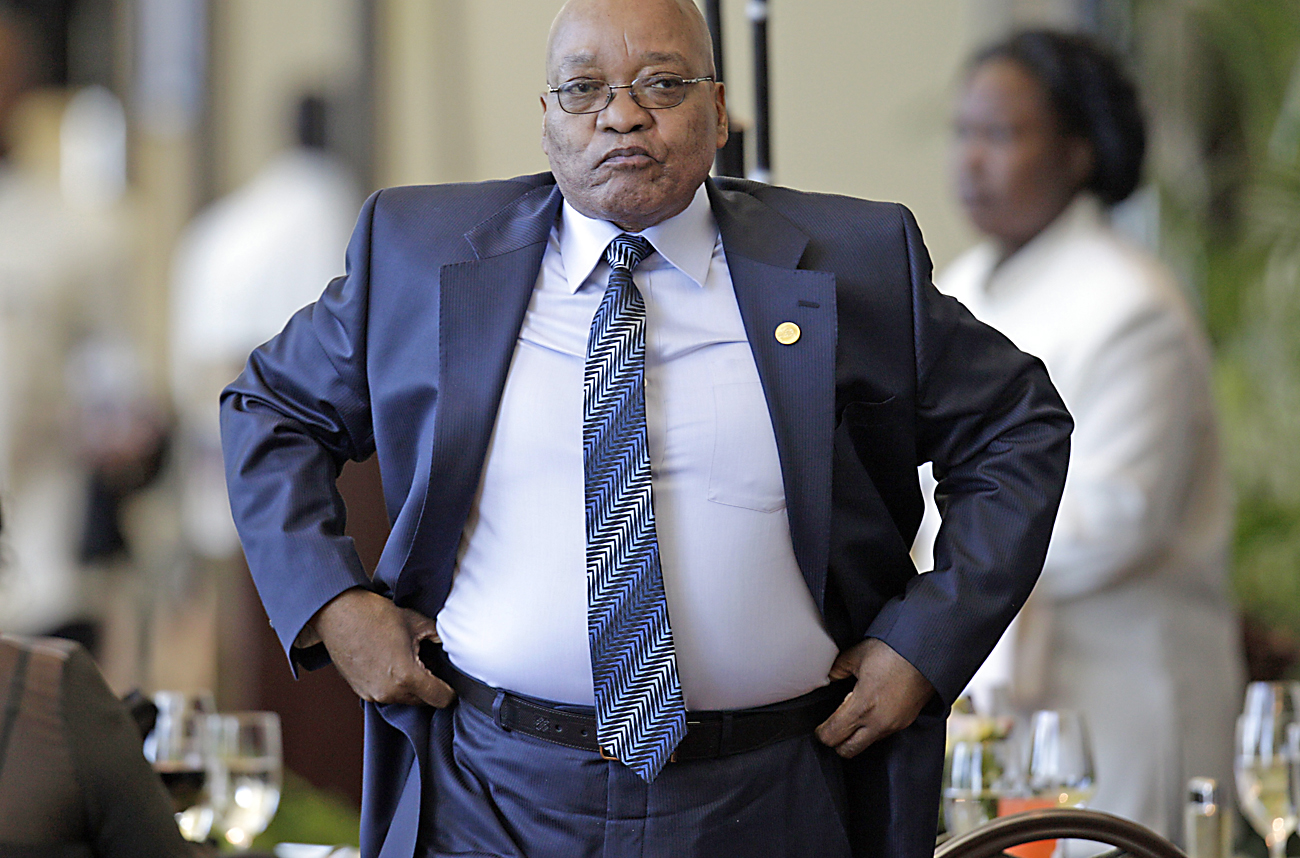 On Monday we gave you The State of the Nation address the way we felt it should be. Today, we give you what President Zuma will actually say.

It’s only President Jacob Zuma’s second State of the Nation address and it’s going to be infinitely more difficult than his first one. Back then he had just been elected president and the country had pretty much decided to give him a break. It was goodwill and bonhomie in equal measure. Now, he may be forgiven for feeling besieged. His last big promise, that of half-a-million jobs, didn’t happen. The economy is sluggish, the power sector is in crisis and there’s a feeling that the country hasn’t moved on at all. Life hasn’t improved since he entered the Union Buildings. And, of course, there’s the final indignity – those buildings are already being depicted as a phallus.

That analogy will only start to recede from the public mind if Zuma uses this speech to grab the political initiative. As we’ve argued before, to get a bad story off the front page, you have to replace it with something else and something better. Our main concern is that it doesn’t appear that Zuma will be able to announce much of substance this week at all.

To work out what he will announce, the first place to look is at the ANC’s election manifesto for the last year. Jobs, crime, Aids/health and education are all there in big bold letters, and they will all be spoken about.  What may be missing is clear direction on a debate about economic policy and inflation targeting and, of course, power and infrastructure.

Several hints have been dropped by the ANC, and some government sources, that the main thrust of Zuma’s speech is going to be about evaluation. In its crudest sense, this will be about how Zuma’s ministers will be evaluated. There is a strong desire to move away from the Ivy Matsepe-Cassaburi situation, where ministers fiddled as their sectors crumbled and burnt. This makes evaluation minister Collins Chabane vitally important and his power is likely to get a boost on Thursday evening. Of course, as always, the devil will be in the detail. How will ministers be evaluated? On their working hours, on their choice of car, how do you measure success in areas as different as justice and international relations?

The most crucial question, of course, is whether Zuma and his aides have the guts to take on someone who has their power base in the ANC. If Angie Motshekga makes a hash of things at basic education, what will he do, considering she has her own cohorts, never mind a relatively powerful husband. Think of Blade Nzimande and life becomes even more complicated. Will he really sack the SACP’s main representative in cabinet, threatening alliance relations, just because he isn’t up to scratch. If he did, it would be the first time in our history that will have happened.

Corruption is likely to be pretty up there as well. A corruption crackdown, let’s get tough on those responsible, report them to the Presidential Hotline, that’s just a taster of what we can expect. It’s likely to be a little short on detail, however. But it seems very likely that changes to legislation around paid suspensions is on the cards. Zuma is known to be very frustrated at watching people swan about on paid leave after being accused of corruption. He wants that to change. It’s a tricky one though, because of that pesky old “innocent until proven guilty” obstacle that’s been so sticky for many a high-profile prosecution.

Economic policy is something Cosatu and other alliance members hold close to their hearts. But his words about inflation targeting are what will be emblazoned in red on Reuters and Bloomberg terminals around the world. Thus, he’ll tread carefully. But he is under pressure to hold the debate he’s promised Zwelinzima Vavi so he’ll have to talk about it somehow. Expect him to touch on it briefly, and kick it on to Pravin’s desk, for when he delivers his budget later this month.

The main issue we’ll be watching for in the health section will be how he talks about the National Health Insurance Scheme. Already this year he told the ANC faithful in Kimberley that “we are determined to bring in the NHI this year”. No one with much experience in the field thinks that that is possible. However, it’s unlikely he’ll avoid it, and he’s likely to make the same claim in the National Assembly. But don’t expect any detail.

On health generally, expect some general promises about patients being the priority, about the need to improve government hospitals and clinics generally, and perhaps a promise to increase the amount of money spent on doctors and nurses. Perhaps, just perhaps, there will also be some help for hospital managers, they may even be given a bit more freedom. But don’t hold your breath.

As Zuma gets to the Aids part of his speech, the press box will start to turn a peculiar shade of blue. He’s unlikely to refer to the events of the last week, that’s not his style, although we make no hard or fast promises in this regard. He is likely to have a straight face when he talks about lifestyle choices. Bear in mind, he still has a modicum of moral authority on Aids, simply because anyone’s better than Mbeki. He’s unlikely to look at Mbeki (if he attends) during this section. However, there will be a lot on government’s antiretroviral plans, how people are accessing the drugs and how people are generally living better lives because of it. Handled properly this could be one of the highlights of his speech.

Crime and the police are likely to receive much attention on Thursday night. There will be a lot of tough talk. That will go down very well indeed. The lawyers will be looking for any mention of the Criminal Procedure Act, and what Zuma may say about police powers. This would include when and how police are able to shoot suspects. There could also be some more details about changes to the police. We believe it’s a creeping militarisation, he believes it’s necessary to fight crime properly. In particular, he may suggest changes to bail policies, to stop suspected criminals getting out of jail. The end result could be more happiness for the general public and less for criminals. We will wait and see, but tightening up bail conditions does strike us as a good idea.

After Aids and lifestyle, one of the trickier areas for Zuma to deal with is the vexed problem of local government. Kick-starting councils around the country is really a political problem. It’s because so many ANC councillors are rotten that councils, and thus service delivery, are rotten. It’s not us saying that – we’re crudely paraphrasing Gwede Mantashe. So Zuma really has to manage this from inside the ANC to an extent. But national government has a big stick and he’ll wave it threateningly on Thursday. Local government is a national priority, he’ll say, and we must sort it out. Basically, as president, he and the ANC cannot afford any more service-delivery protests. Stopping them is difficult though, it’s a problem with no quick fixes. But he’ll give it a go, and he’s right to.

So, after all that, what’s missing. Power for a start. We earnestly hope and pray that he talks about this, in detail and at length. Our position on this is that there has been a lack of policy, which is leading to instability in a sector crucial to the country. We don’t hold out too much hope that he will. At the very least, we hope he points to a policy coming soon from his minister. We can’t go on much longer like this. Eskom cannot carry the load, and generally, we’re heading for more trouble.

Overall, we’re not expecting too much from Zuma’s second State of the Nation address. We’re not sure if he’s going to announce the “big idea”, that moves us all on from his personal life. We hope he does. We’re confident he can lead. But we want him to try harder.